The future of a cultural-historical pearl
Several spatial developments are being planned in and around the fortified city of Muiden. These are anticipated both within the city walls and in the surrounding landscape in an intricate environment with multiple stakeholders. The biggest developments are the relocation of the A1 to the south of Muiden, future new construction outside the fortress, urban densification within the fortress and large-scale restoration of the fortifications. The municipality of Muiden is faced with a major challenge to preserve and to strengthen its identity and character, and simultaneously to define a framework within which new developments can take place.
The city of Muiden has a rich natural history. Here the original structure of the fortified city and associated fields of fire literally lie in the landscape in the shape of ramparts and open polder. The historic importance of the city and countryside is illustrated by its position within the Stelling van Amsterdam [Defence Line of Amsterdam] and the Nieuwe Hollandse Waterlinie [New Dutch Water Defence Line]. The fortified city of Muiden is also a protected cityscape. The culture-historical base was therefore the basis for development of a spatial vision for both the city of Muiden as well as the surrounding landscape.
In 2014, on commission for the municipality of Muiden, MTD landscape architects / urban designers designed a vision for the structure and image quality of the public space. This was followed in 2015 with a landscape plan for the area outside the fortress and also the development vision and urban planning limiting conditions for the North-western quadrant of the fortified city of Muiden. In the meanwhile, MTD landscape architects / urban designers has started on the elaboration of the first part of the public space on commission for the municipality.
The basis for development is the historical map. This captures the essence of the place and tells the story of its origins. By reverting to the old map the unique character of the place is strengthened and the story of the landscape and the city have been made perceivable.
Based on a culture-historical analysis and an urban planning survey, an ensemble of natural and urban planning elements have been designated which portray the character of the area, and will serve as the backbone for future developments. This analysis and survey has also brought to the fore logical boundaries and sub areas which have a distinguishing character. Limiting conditions for development of these sub areas are designated on the basis of their character for both the public space and the architecture, which are illustrated with reference images. 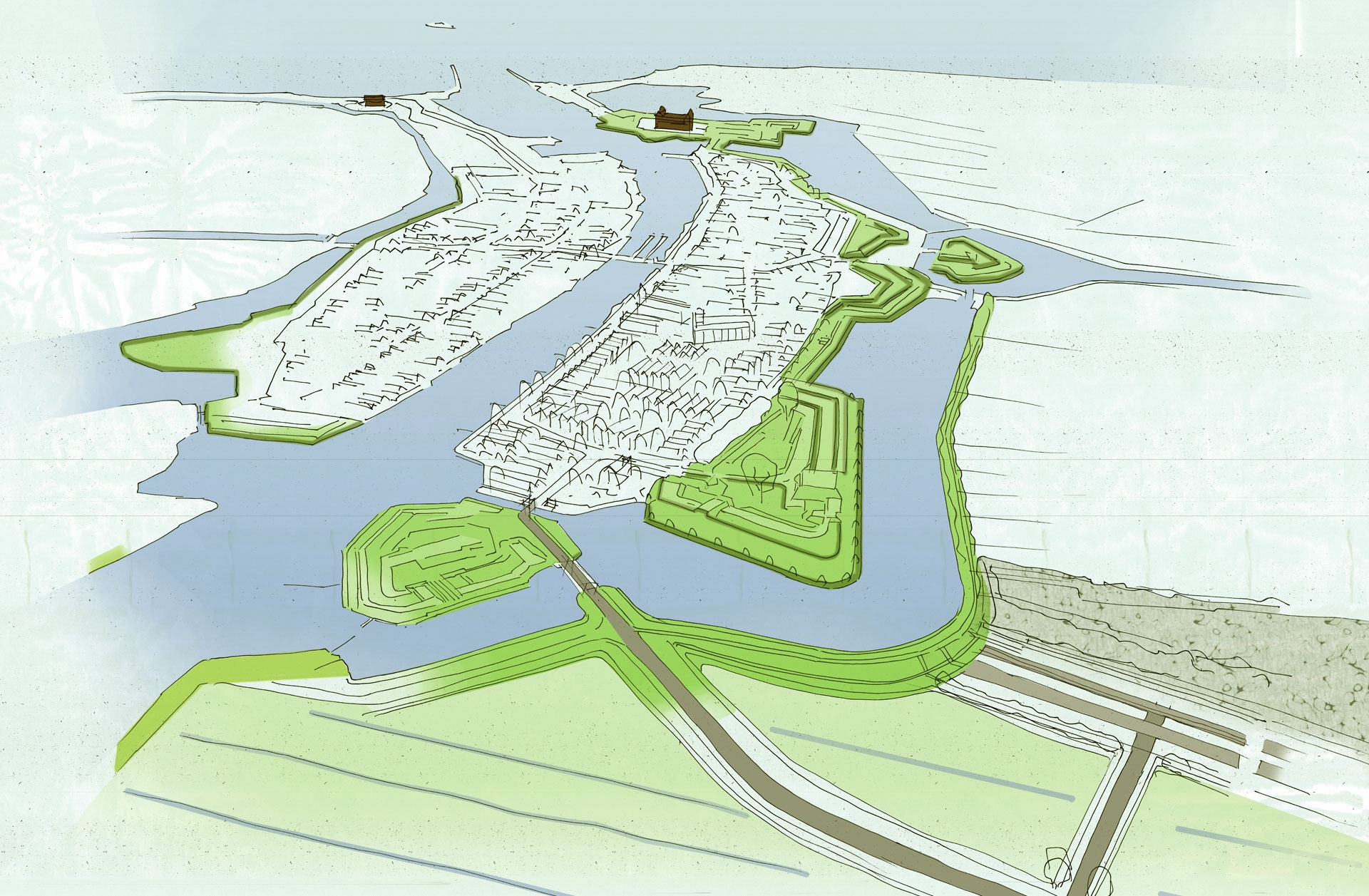 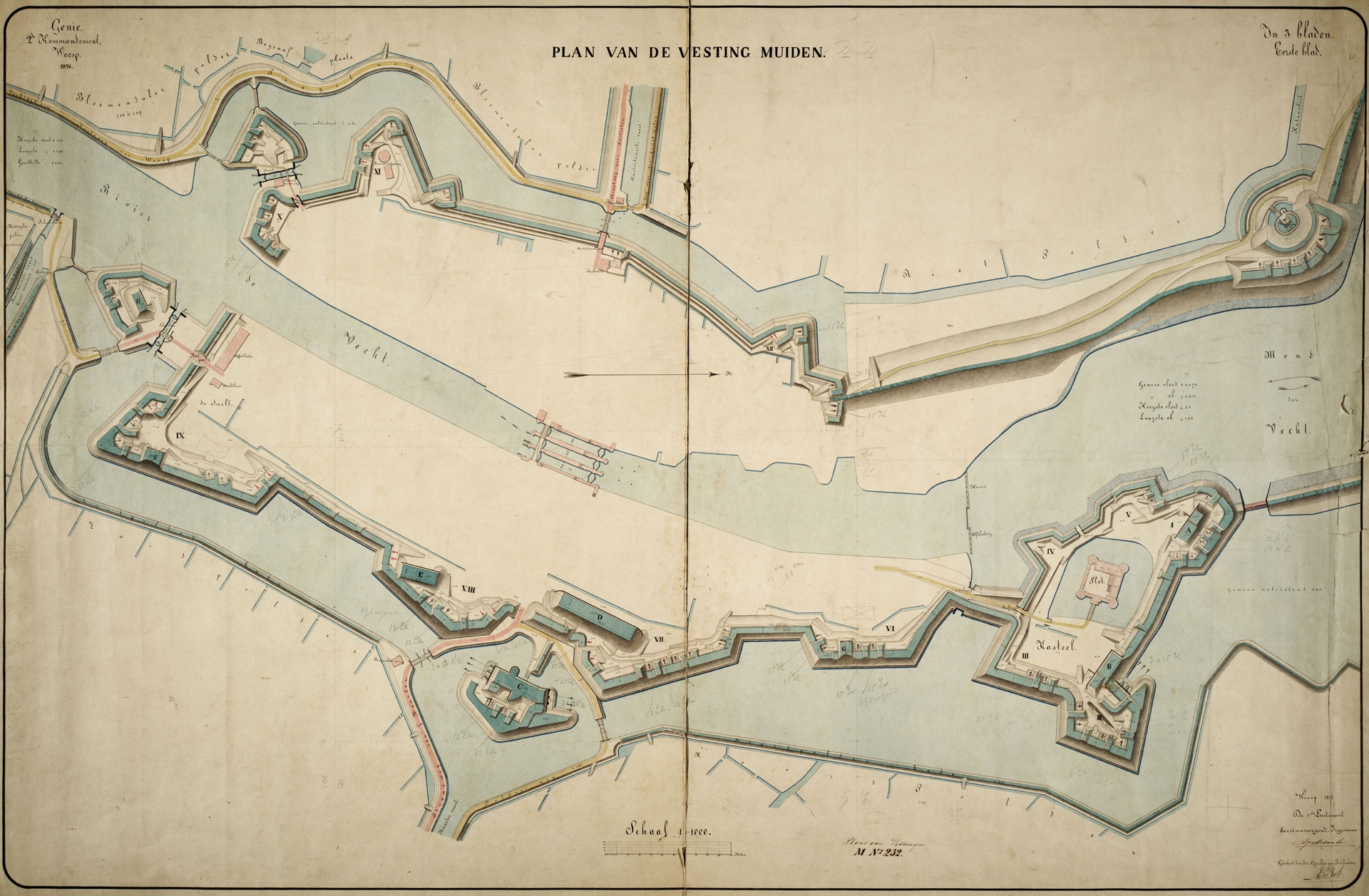