an internationally distinguished image for the University of Technology in Eindhoven

The University of Technology Eindhoven (TU/e) is aspiring to refurbish the present campus into a ‘TU/e Science Park of national importance and international stature’. To this end the university buildings will be concentrated in a compact campus and space will be created for other schedules within a TU/e Science Park. In the context of this 'vision of the future', three prominent building projects have been scheduled for the compact campus; the Markthal (Ector Hoogstad architecten), the Ceres Building (Diederen Dirrix architecten) and the Faculty of Applied Physics and Electrical Engineering (Architectuurstudio Herman Hertzberger). In this, the original urban development and architectural plans for the campus of the TU/e by S.J. van Embden, are seen as important starting points for the design. They represent exceptional culture-historical values and, with their orthogonal and functional set-up, they express the New Objectivity in everything. Due to all kinds of additions and alterations, this original set-up of the campus has, however, become blurred over the past fifty years and now the TU/e lacks a clear image. The vision of the future is geared to enhance this image again and to apply the present and lost spatial and culture historical qualities as important tools for design. This also concerns the status of Eindhoven as a city of knowledge and technology, and of the region as a leading region of intelligence. The Groene Loper [green carpet], situated between the Dommel and the new building of the Faculty of Applied Physics and Electrical Engineering which forms the heart of the compact campus, is one of the future image carriers in the concept. In 2011 MTD landschapsarchitecten was selected to draw up a development plan for the Groene Loper, which included detailing the specifications and the supervision of the implementation. the design The primary strategic aim of the concept is to zone the planning area in terms of traffic as such that the Groene Loper is converted to have restricted traffic access. Here the slow traffic is ideally facilitated. For this purpose a connecting pathway will be introduced; the so-called scenic walk starts out at the furthest western end in the scenic syntax of the Dommeldal and then connects the main building to the new Faculty for Applied Physics and Electrical Engineering at the furthest eastern end. The connecting stroll is given significance because the entrances to the faculty buildings will be situated directly along the route and the floor of the Markthal forms an integral part of it. The second strategic aim of the concept for the Groene Loper is to put the primary focus on the user of the campus. The layout of the scenic walk offers all kinds of reasons for its use, with the MetaForum as a key focus. The layout inspires users and students to encounter one another. Aside from being a culture-historical and distinctive element, the pond at the main building forms a meeting place and because of its design and exposure to the sun, it offers an ideal spot to work and to have lunch; In this way at the easternmost end of the scenic walk, an amphitheatre is formed in a natural manner, with seating in the sun and vistas in the direction of the Dommel. The details of the Groene Loper augment the concept; subtle and elaborated details are strategically addressed. In this way the edge of the scenic walk deforms into the pond edge, grandstand and podium, and the designer LED lighting carefully marks the whole connecting line. The third aim of the concept of the Groene Loper is the connecting character of the ‘greenery’ at the campus and the entire TU/e Science Park. The area to the west of the main building emphatically seeks affinity with the Dommeldal. The pond feature which will be restored at the main building, marks the beginning of the orthogonally arranged section of the campus, whereby greenery and hedges surrounding the faculty buildings expressly seek affinity to this. As far as possible the materialisation and detailing will match up to the existing identity and qualities of the campus; for the scenic walkway concrete slabs will be introduced which will be facilitated with holes for lifting anchors, which correspond with the functional architecture of the buildings. In addition, in terms of sustainability and the specific use of available budget, particularly the fired clinker materials present will also be reused. 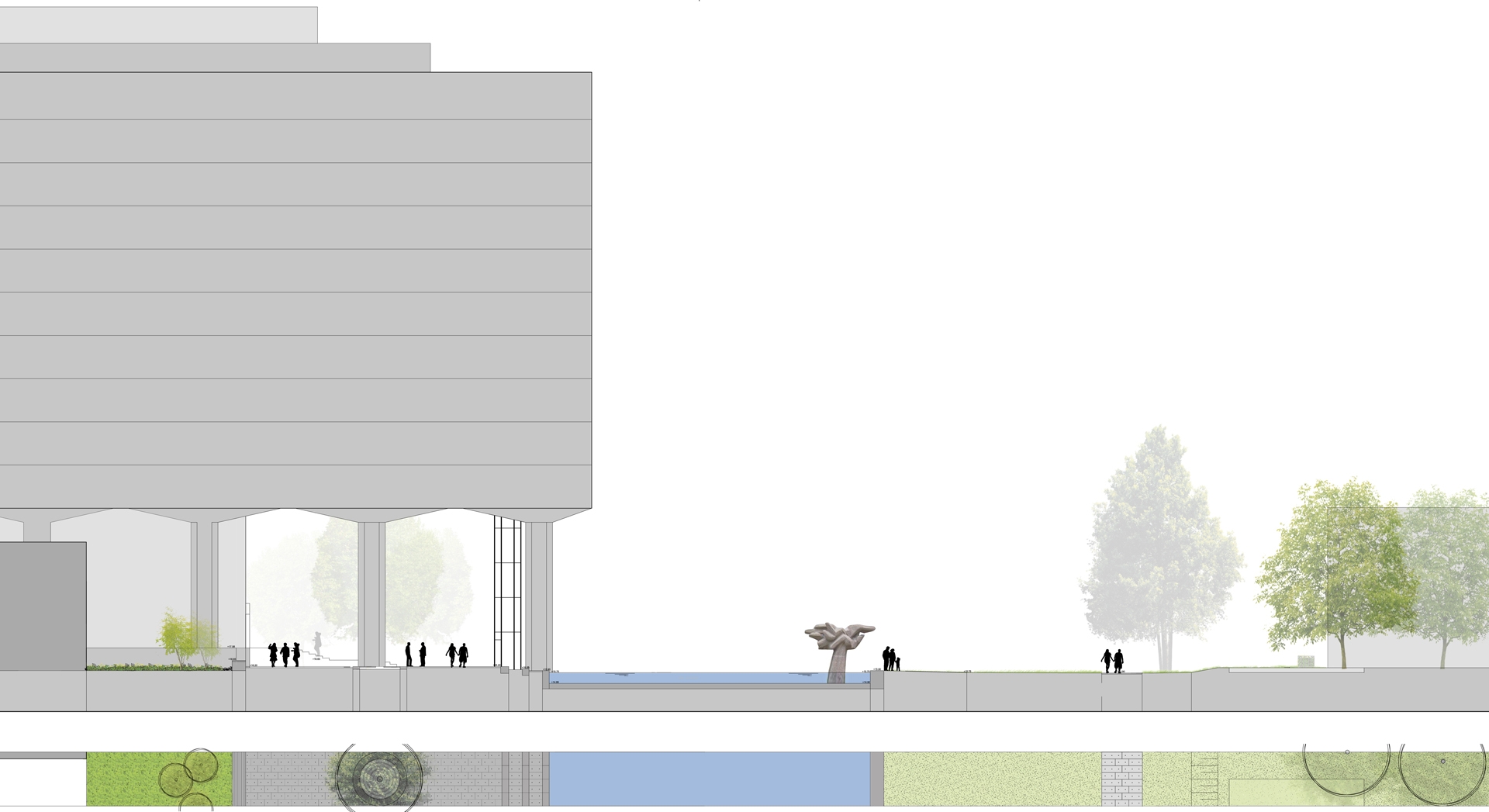 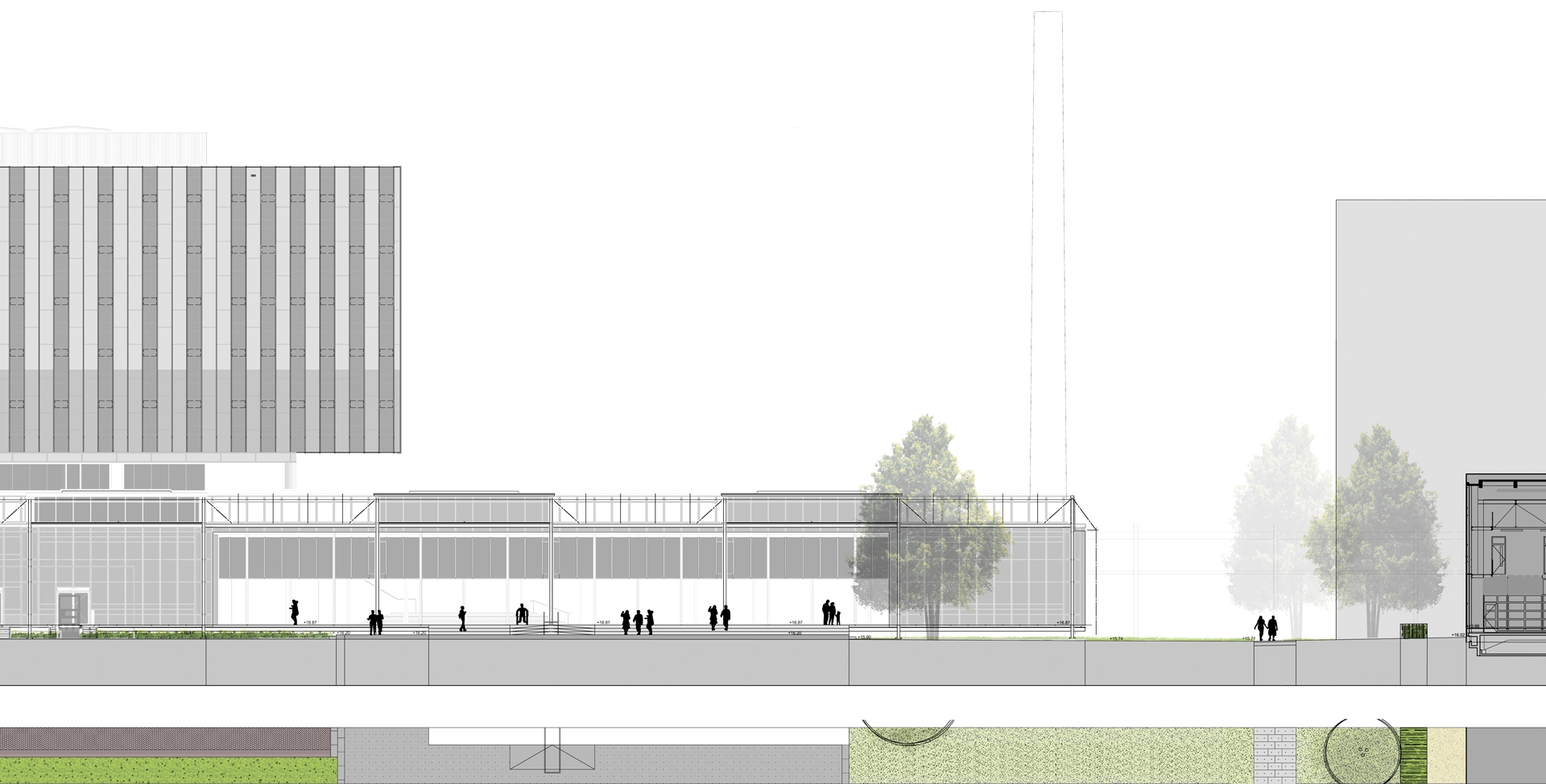 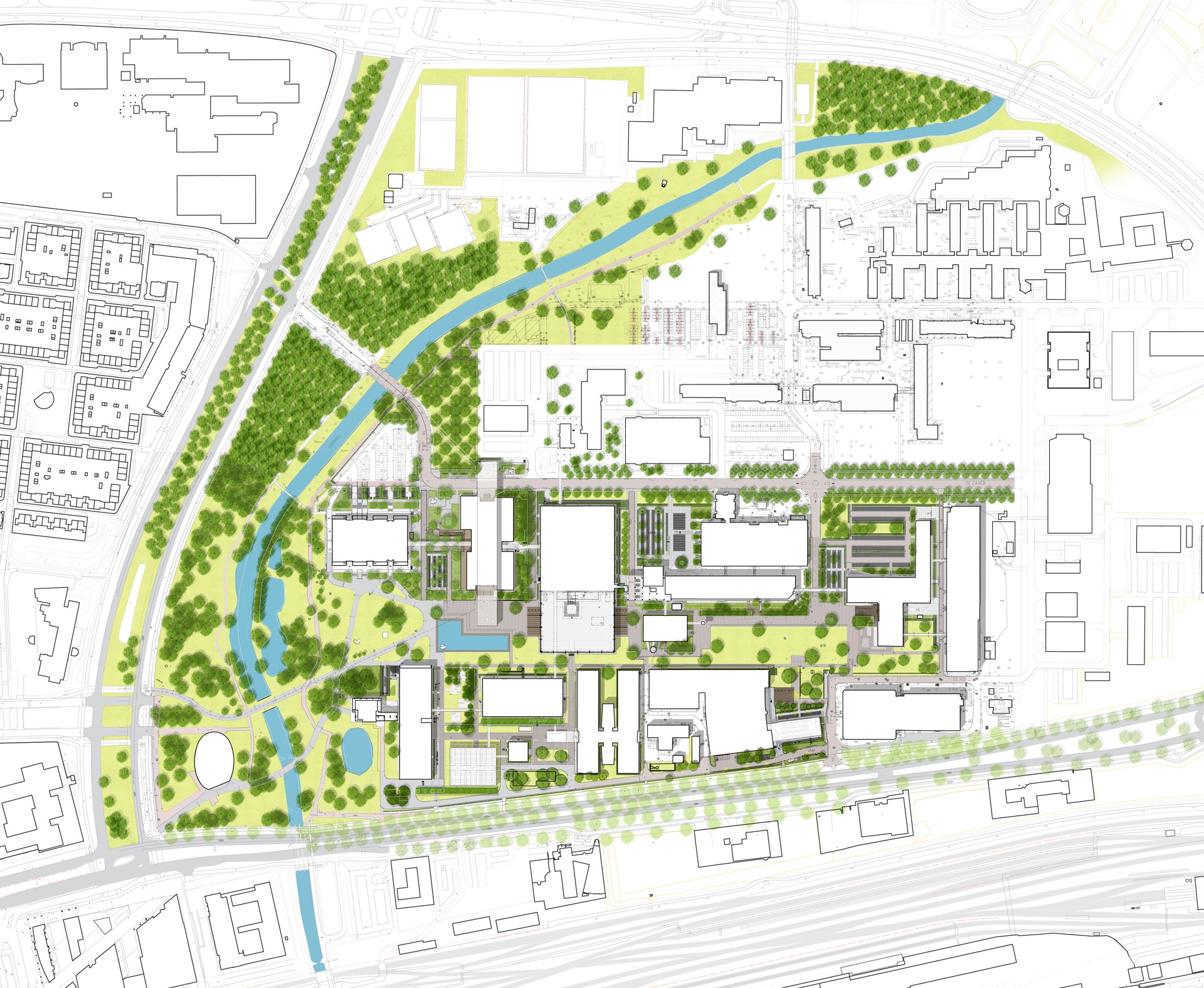 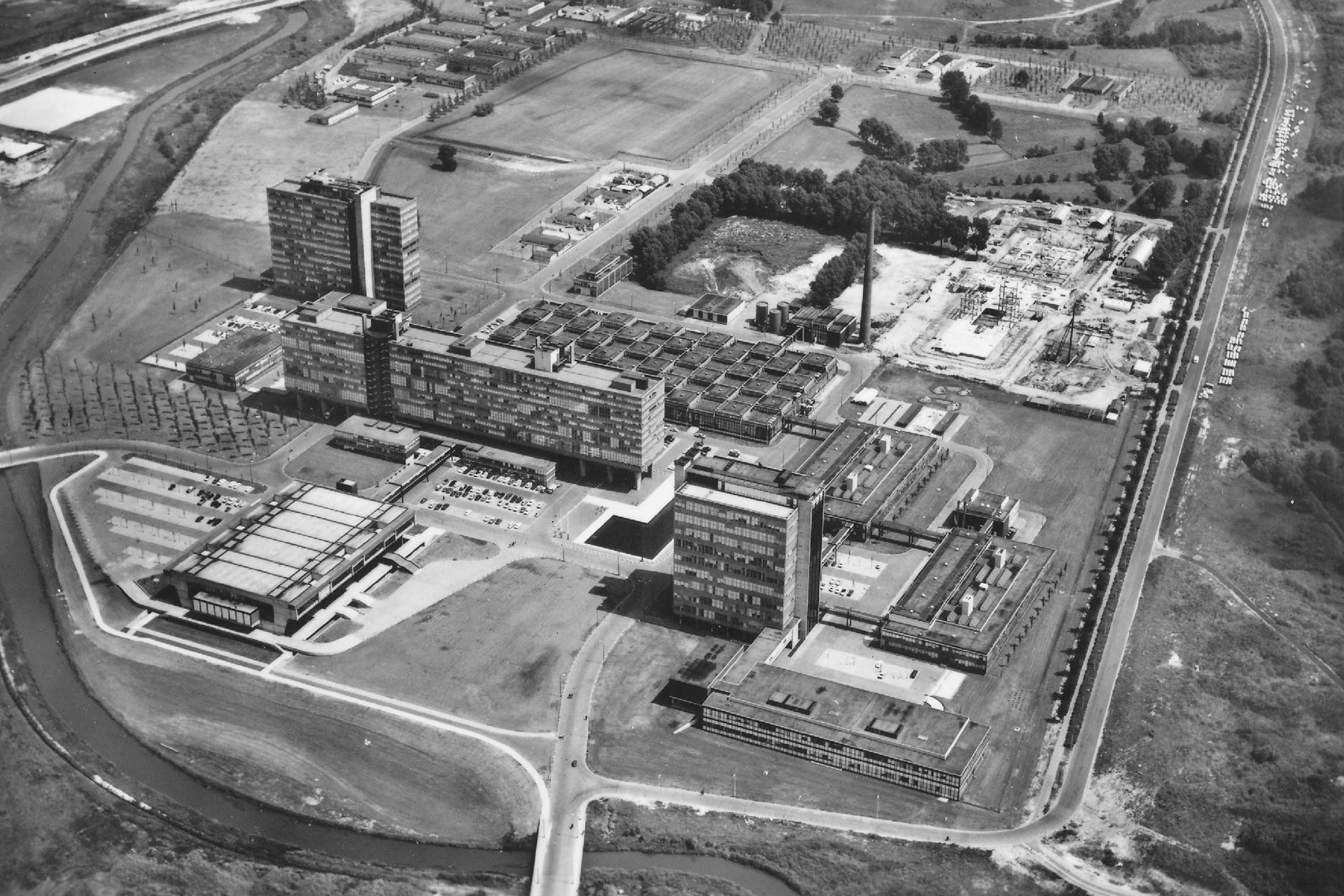