In 2006 the Water Board of Dommel and the Municipality of Tilburg formulated a common ambition in their search to provide a new significance to the former sewage treatment plant (RWZI) in Tilburg East. Through the disappearance of the actual sewage treatment activity and the greater significance in the water quality management of the storage and treatment brought about by a constructed wetland, various parts of the installation lost its function. Part of this was a relic of the first national test installation dating back to the beginning of the 19th century which has the status of being a nationally listed monument. In addition, during the construction of the constructed wetland, the foundations of Huize Moerenburg which had been inhabited between the 14th and 18th centuries were exposed.
With its industrial structures and culture-historical patterns and elements, Moerenburg can be seen as a ‘found object’ which has been given renewed significance with an artistic, cultural and recreative infill. Here the unique positioning of the area between the town and the outlying area, with the water purification plant located on the town side and Huize Moerenburg on the outskirts of the national landscape known as the Groene Woud, is an important point of inspiration. In light of this MTD landschapsarchitecten was commissioned in 2007 to draw up a development plan for the area.

the design
The first strategic challenge for the development plan was to enhance the existing structural elements in relation to its industrial past. Because of the fact that this was mainly below the surface level, the spatial identity of the place could be characterised as large rooms enclosed by green walls. Only a few small buildings silhouette above the surface level and augment the openness of the ‘green’ rooms.
The second strategic challenge for the development plan was to connect the differing time layers of the complex. The water purification plant and Huize Moerenburg are connected by means of two monumental axes. At the spot where the foundations were discovered a Cor-Ten steel structure has been introduced, which makes reference to the baroque-styled house as shown in a painting dating back to 1700. The sloping forecourt, the receding façades and the sloping floor make reference to the alienating, distorted perspective in the painting. They've been given new meaning because, if one stands at the top of the stairs, a beautiful view unfolds onto the baroque axes.

Around the house the original moat, the bridges and pedestals will also be restored. Here the constructed wetland which coincides with the monumental axis to the house forms a visual echo of an impressive baroque garden. The whole area will be given a semi-public character and a new importance as Tilburg's gateway to the Groene Woud and will be the setting for all kinds of artistic and cultural expressions; information and nature education going hand in hand with the arts and culture. 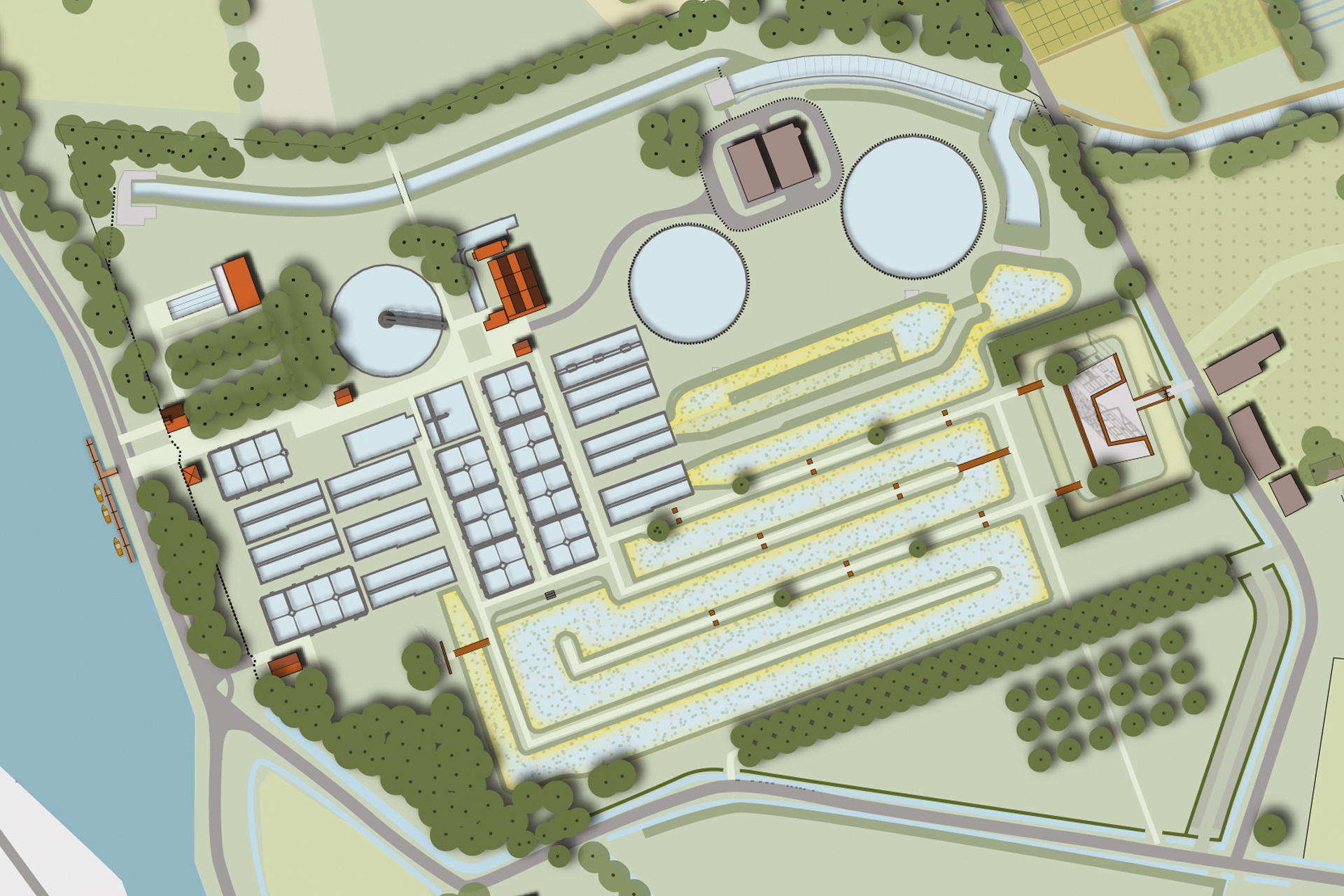 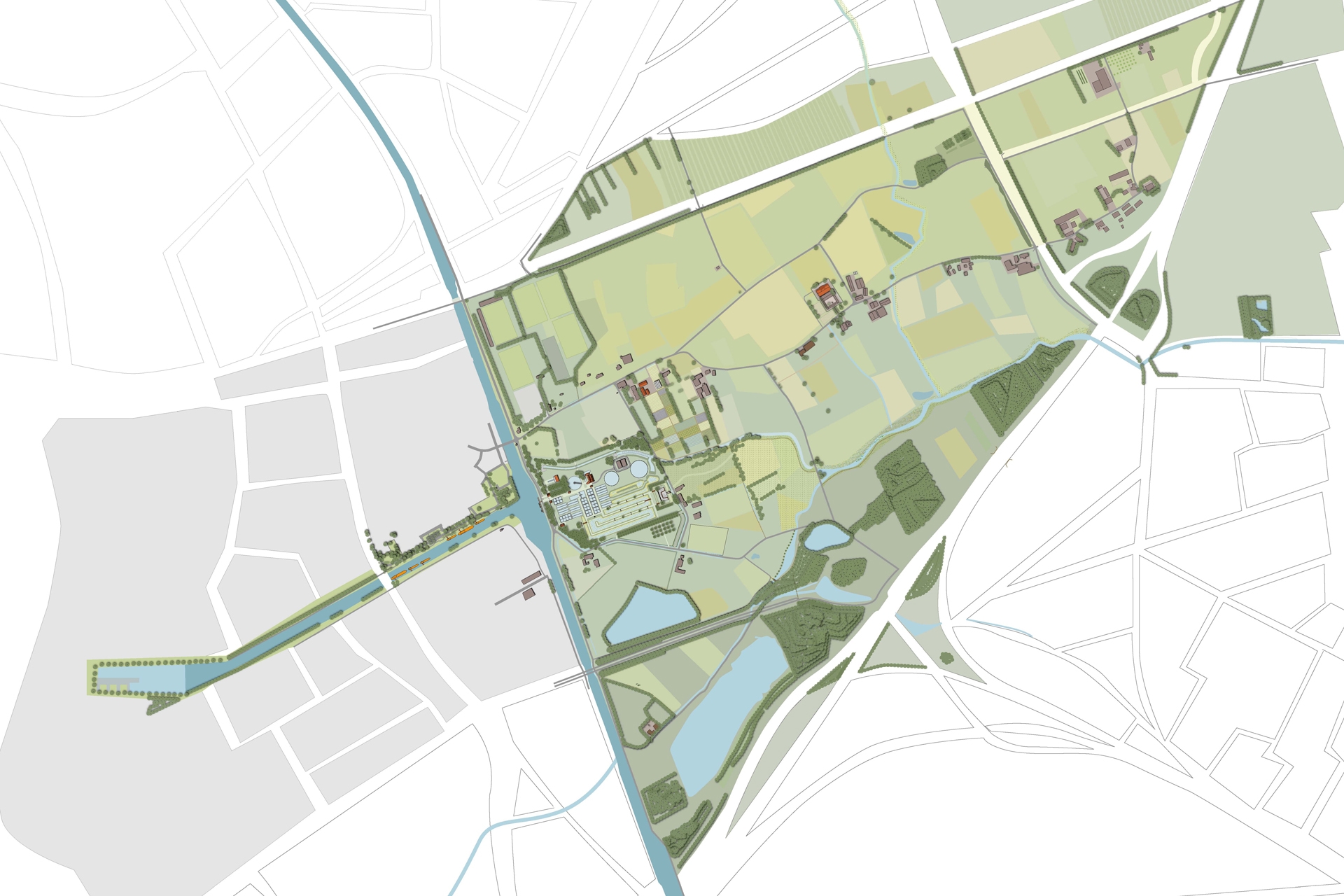 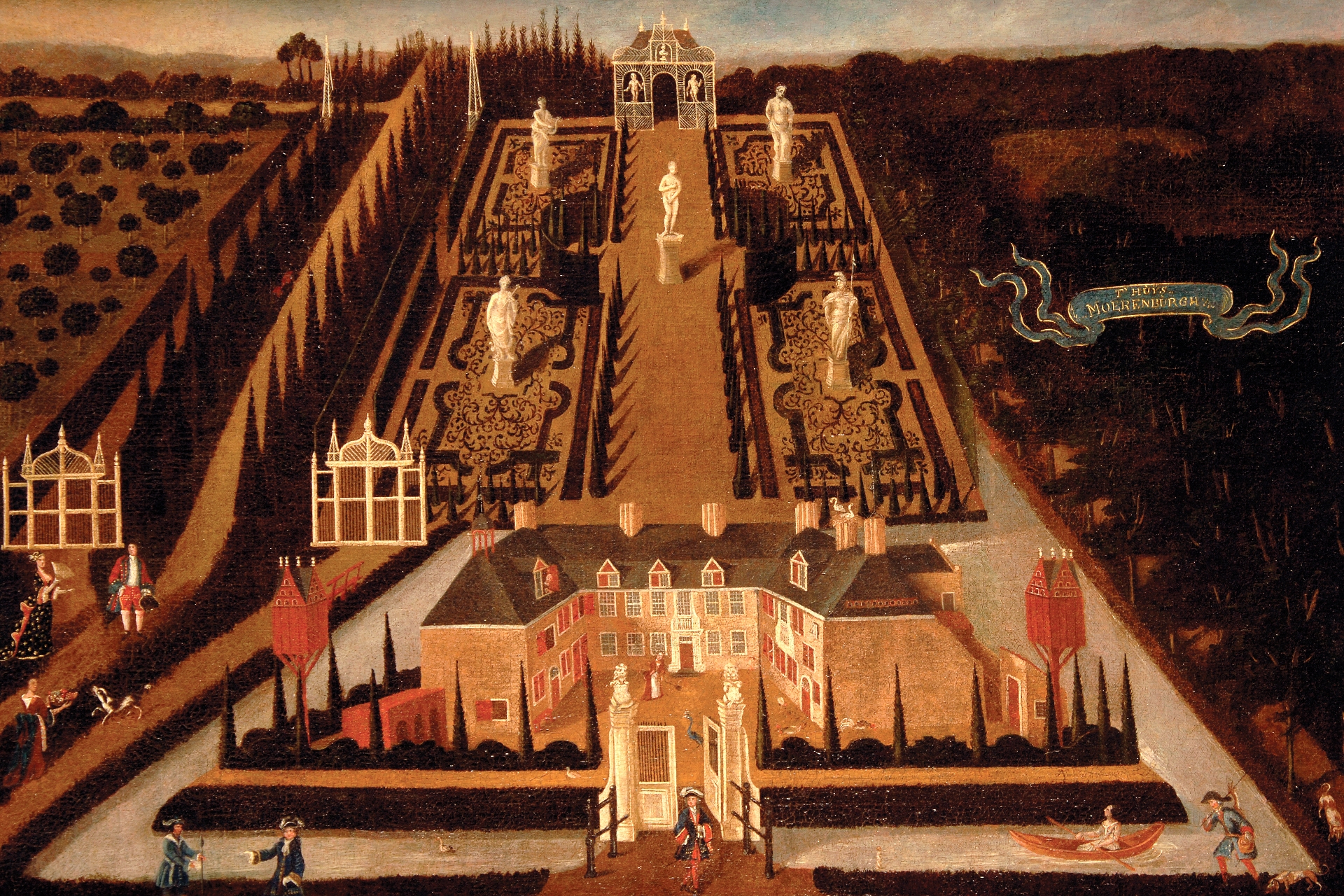