A unique new housing area has been realised on the former grounds of the Gelderlander site in the inner city of Nijmegen; the inner urban fabric has been repaired and about 190 new residences have been realised.
Since 1991 various parties have worked on the development of an urban development plan; initially this plan was scrapped in 2001 by the Council of State because of the tremendous amount of resistance encountered. In 2004 the Municipality of Nijmegen made a fresh start with the project, in which the ambition was specifically expressed to preserve and enhance the culture-historical patterns and elements. MTD landschapsarchitecten was firstly commissioned to develop an urban development outline using an interdisciplinary team. Subsequent to this preliminary phase, AWG architecten and MTD landschapsarchitecten were commissioned by Heijmans Project Development to draw up an urban design plan and a development plan for the public space.

the design
The urban design plan for the Hessenberg can be described as a finely-grained pattern of compact residential blocks, streets, alleyways, inner courtyards and squares; this pattern is directly related to the historical pattern of streets which is present here and refers to the former identity of the area as immunity.
The height difference in the planning area of approximately 4 metres is accentuated and has been designed in 3 individual surface levels; the lowest level is along Hessenberg, then there's an intermediate level and lastly the level of the historical built-up area of the Orphanage. There's a playful mix between the building mass and these surface levels, in which two parking garages have also been fitted. Along Hessenberg this creates a plinth for public functions like galleries, a beauty salon and catering establishments. The monumental Orphanage is perceived in the urban design plan as a crystallization point of the new buildings; the building will be extended with new wings and a higher residential tower.
The public space has a plain design, in which the current difference in height from east to west is bridged by way of ramps, and for the north to south direction by way of stairs. The public area surrounding the Orphanage will have a convent-like atmosphere paved in a natural stone and enclosed by walled, semi-public gardens. The entrance square and the heart of the housing area with its broad natural stone stairs to the monumental building are in front of the Orphanage along Hessenberg. The square is considered a focal point for activities in the area and a natural theatre and meeting place.

At the uppermost surface level there's a second square with a quietened character. This is where a work of art by Marinus Boezem will be placed; this ‘shadow of light’ will also act as a seating object. 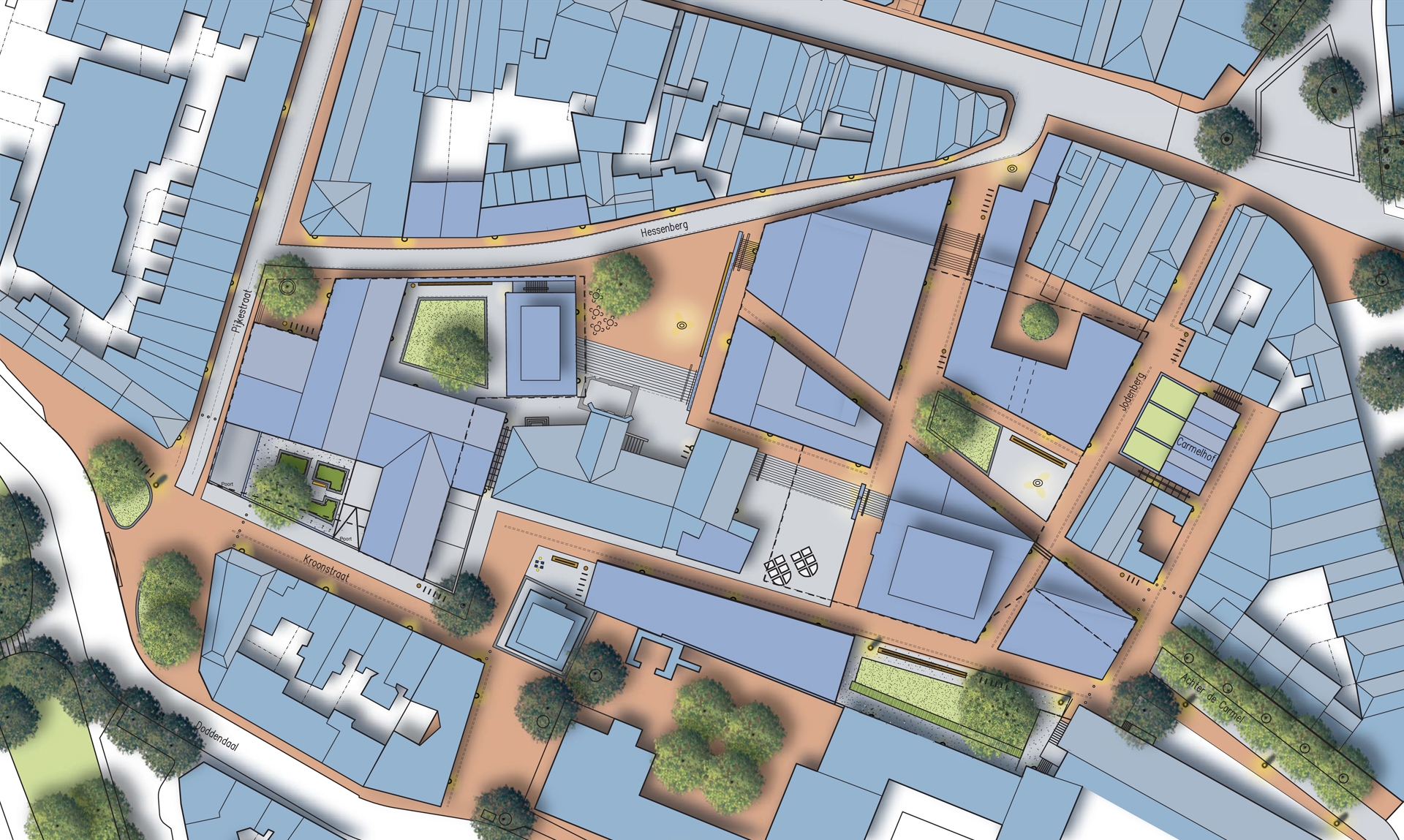 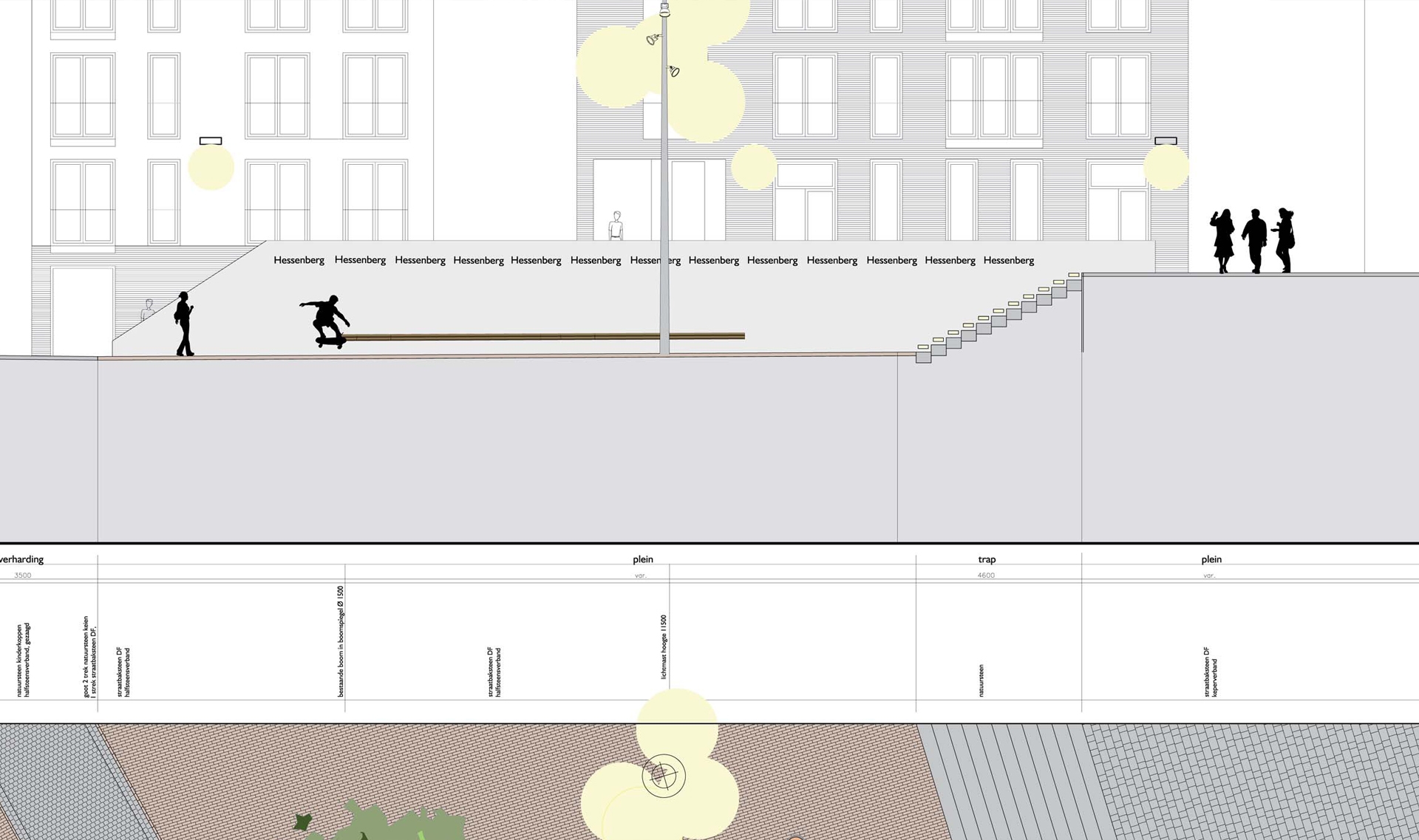