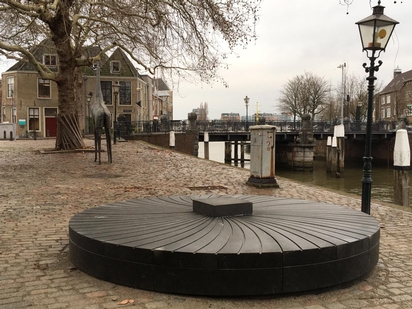 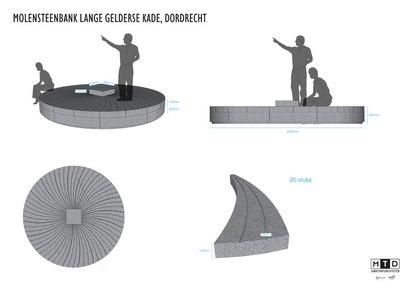 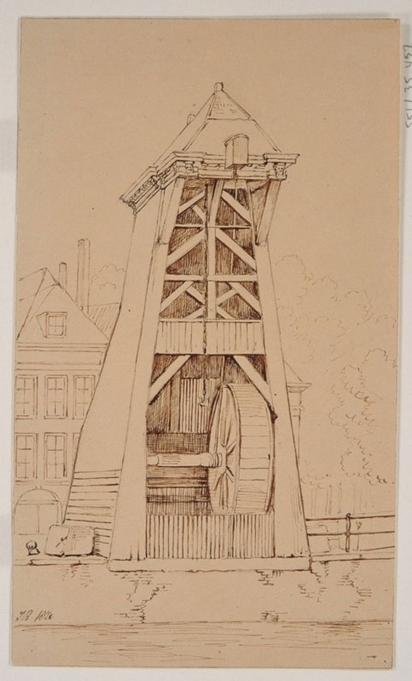 At the request of the municipality of Dordrecht, MTD landscape architects designed a bench on the Gelderse Kade in Dordrecht in the form of a millstone, the so-called millstone bench.

At this location on the Houttuinen in 1698 a crane was founded by the municipality of Dordrecht, the so-called Kraan Rodermond, where the 'round mill stones' were once brought ashore. In 1872, with the demolition of the crane and the construction of a new iron crane at the Merwekade, it was clear that the activities primarily focused on the water moved to the outskirts of the city.
In addition to the graphic and technical preparation of the millstone bench, MTD has also supervised the execution at the production site in China.