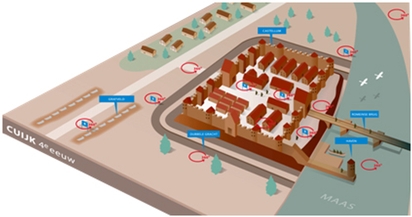 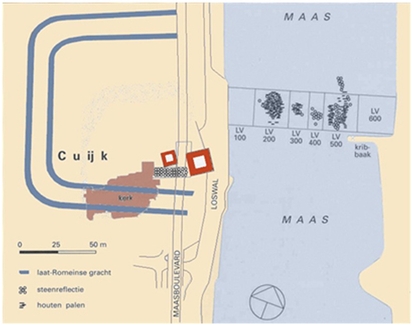 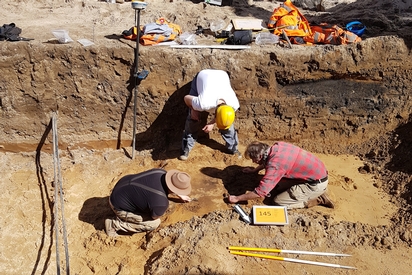 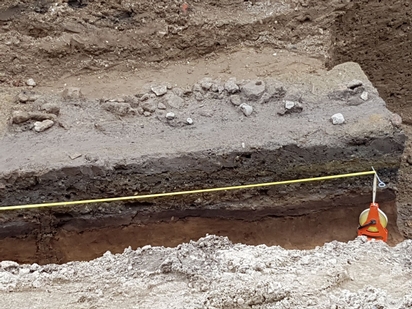 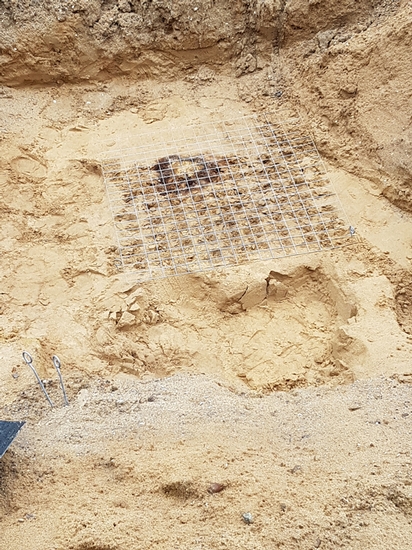 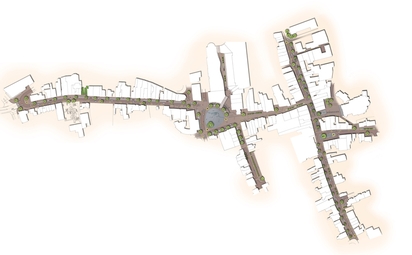 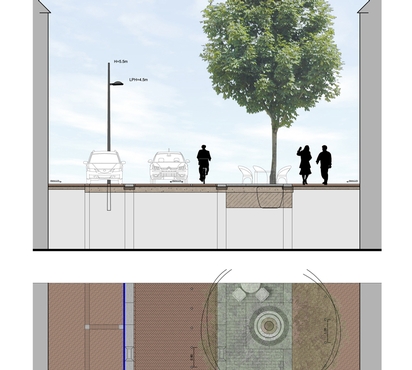 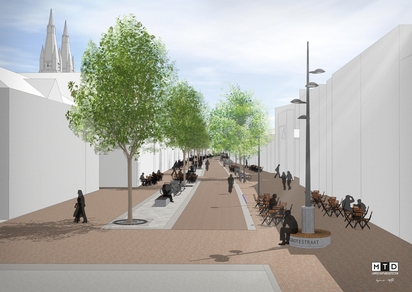 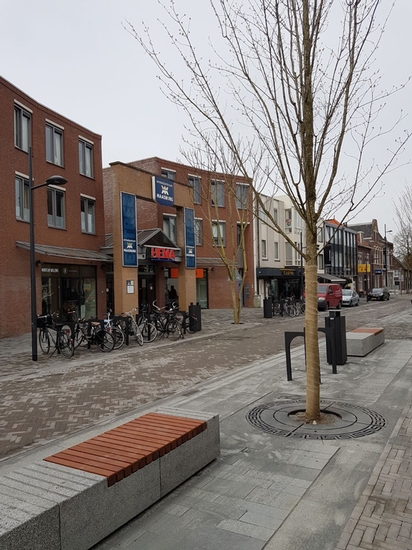 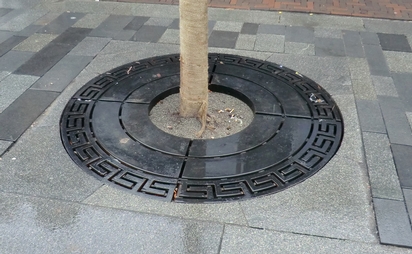 In 2015, MTD landschapsarchitecten acquired the assignment to draw up a design plan for public space for the center of Cuijk. Following up, the office also took care of the technical elaboration of the first phase of the refurbishment.
In September 2017 a start was made with the realization of the plans with the refurbishment of the Grotestraat. Because Cuijk is one of the earliest Roman cities in the Netherlands, the civil engineering activities were carried out under archaeological supervision. Cuijk had an important military significance in Roman times from its strategic location on the Meuse and formed an important junction of roads.
It soon became clear that the archaeological finds in the Grotestraat would have a greater impact on the work than previously conceived. Traces of a Roman bathhouse were found in October 2017. A bottom profile of approximately 25 meters wide and approximately 2.5 meters deep was uncovered a few dozen meters further. In this profile a Roman road is visible with a total package of approximately 1.5 meters. Furthermore, rush-hour canals have been placed in view, which in earlier times marked the entrance to the Roman army camp (castellum).
At the beginning of this year, at right angles to the Roman road, the profile of a cross road was discovered, perhaps an indication of an early street pattern. A tufa stone wall is exposed parallel to this side road. The remnants of this probably Roman wall from the 1st century are special because the used volcanic tufa must be imported from Germany at the time.
In addition to these 'special' finds, archaeological research has also found numerous finds and soil samples, such as shards of pottery, with a value of over 2 tons. It concerns luxurious earthenware from, for example, southern France and Italy. From this it can be concluded that Cuijk has been a place of significance in the past.
A number of important events for Cuijk, such as the Four Days Festivities, the holiday period and the fair, mean that the archaeological excavations are temporarily silent. They will be restarted in September.

In Cuijk there were not only finds from the Roman period. During the remediation of a copper contamination, which turned out to be Roman afterwards, numerous ornamented metal finds were made in the 16th century road surface.
But there were also older finds. Directly below the Roman layer two dark spots in the soil came into view. This turned out to be two neolithic flat graves, estimated to be around 8,000 years old.
As a location on the Meuse, Cuijk is even older than previously thought.
The most important finds were en-bloc and three-dimensionally documented. This makes them available to reconstruct or exhibit at a later date.
The municipality is investigating how to share these recent and older archaeological finds from the rich Roman past with the public in the future.
Everyone is very curious what the Cuijk underground expose furhter!