Boxtel Within the Bridges

In 2019, MTD landscape architects was commissioned by the municipality of Boxtel to draw up a
integral structural vision for the public space of the core of Boxtel; Boxtel Within the Bridges. The
name refers to the historical situation, in which the core was determined by the water system of the
streams the Dommel and Binnendommels. The core was only accessible by bridges. The confession system was decisive for economic life and for the core's own identity. In the current
In the current situation, this unique system has unfortunately disappeared and can no longer be experienced. Also, by all sorts in particular infrastructural interventions, the spatial cohesion in the core is clouded.
The structural vision aims to establish a spatial framework for the public space of the core,
that creates cohesion and enhances existing cultural-historical and spatial qualities
preserved and enhanced. The structural vision focuses on the Dommel and Binnendommels as much as possible. They are the carriers of Boxtel's core values: an authentic, historically charged, innovative and sustainable public space. 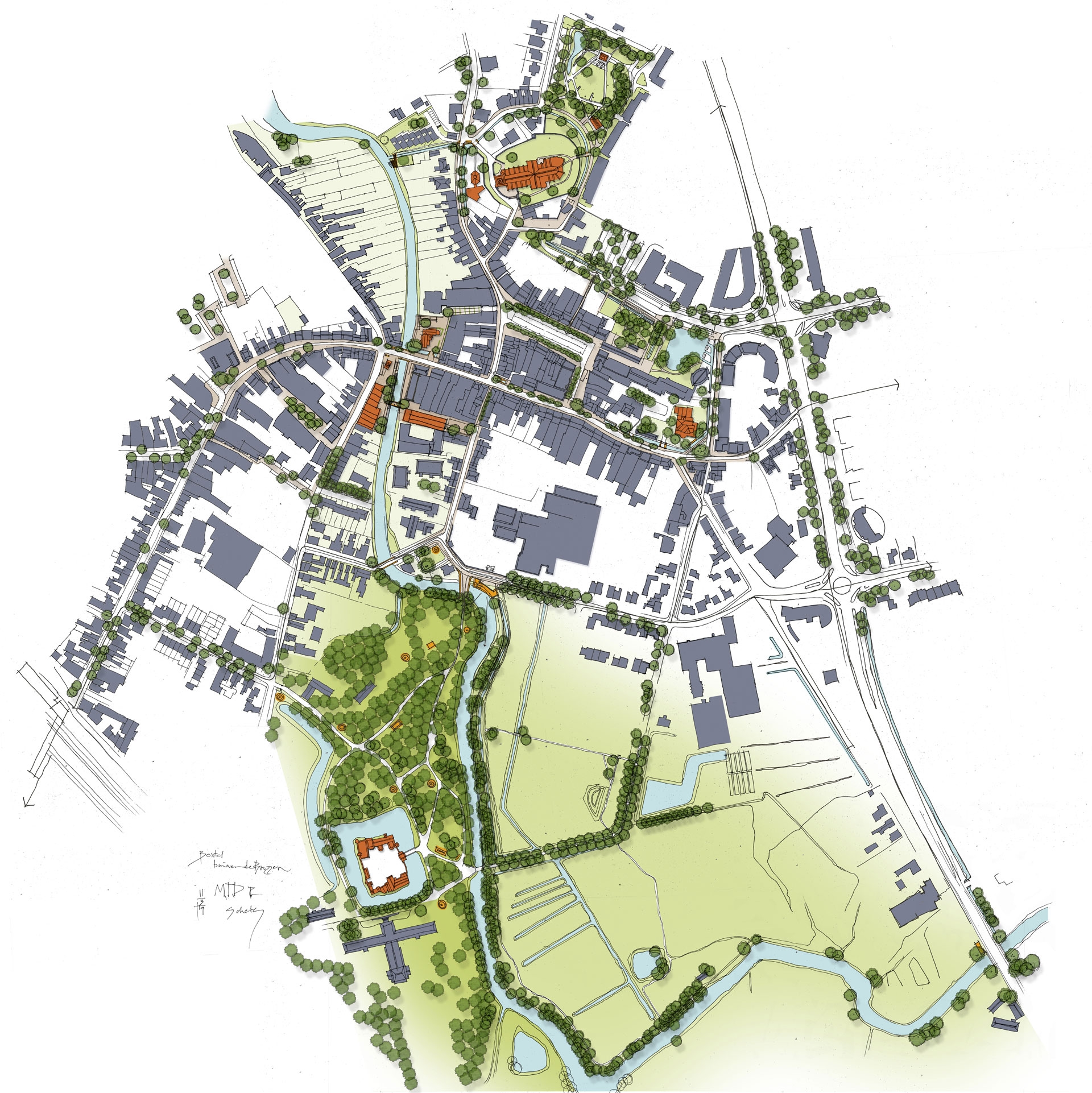 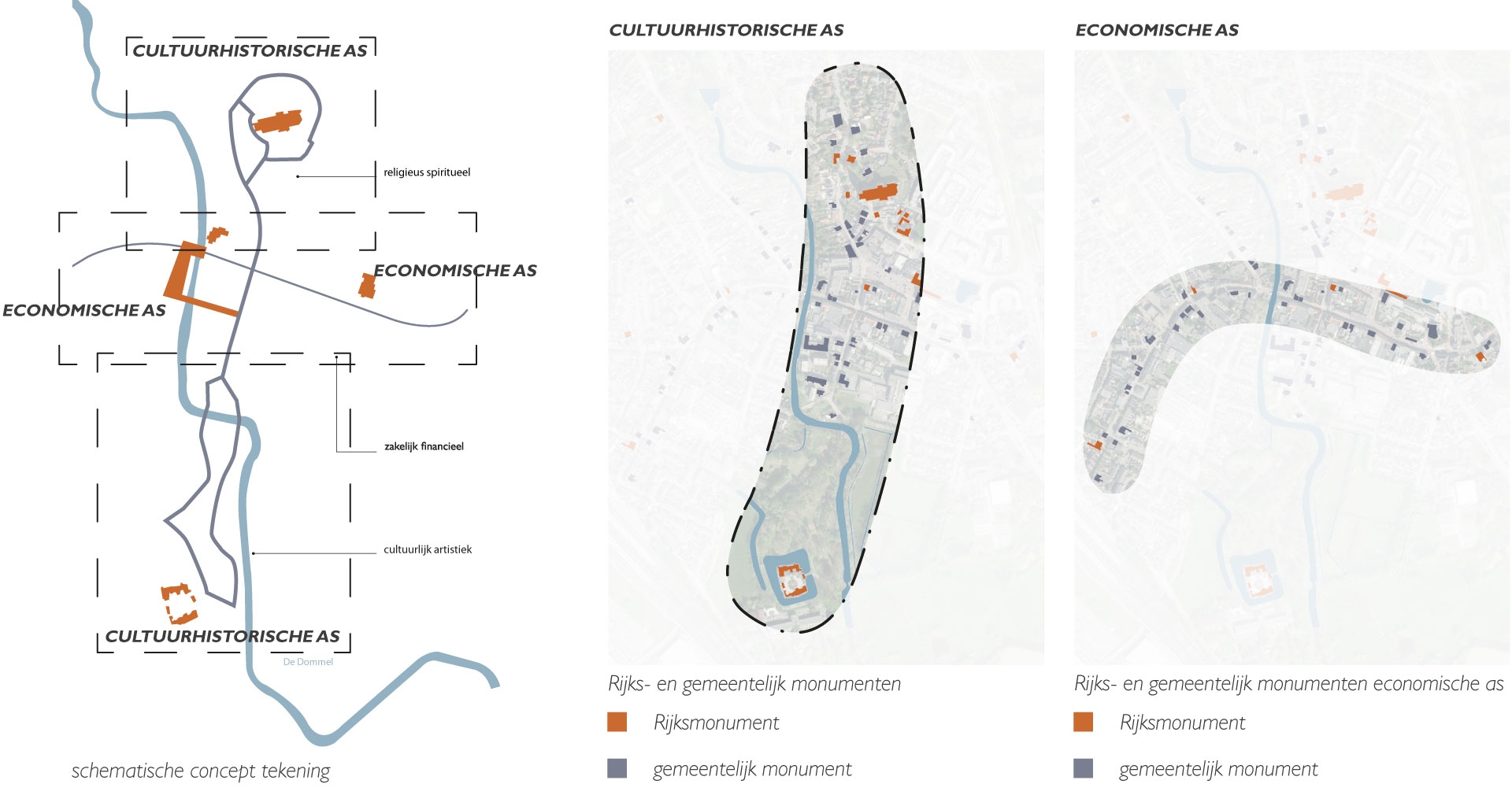 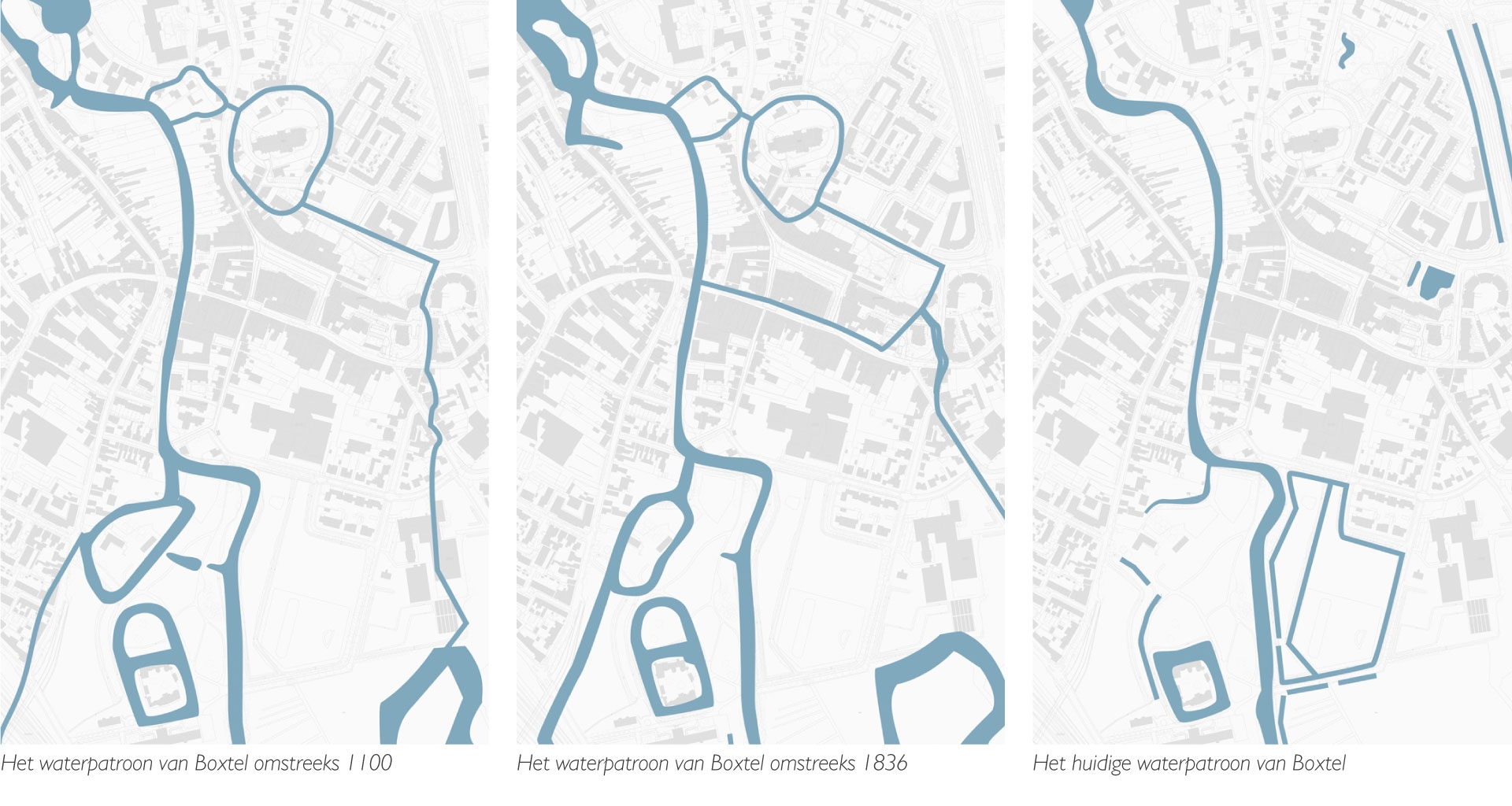