In the early 1990s, the municipality of 's-Hertogenbosch felt the need to thoroughly reconstruct the Zuiderpark directly adjacent to the city centre. Overdue maintenance, soil settlement and root rot had led to a greatly deteriorated condition and quality of use. Moreover, the spatial cohesion within the park had disappeared and the connection to the city center and the South district left much to be desired. In 1993 MTD landscape architects was commissioned by the municipality of 's Hertogenbosch to draw up a development plan for the Zuiderpark. The southern part was completed in the period 1994 / 1999. In 2010 an order for the development of the northern part followed.

The first strategic use of the Zuiderpark development plan is to clear the city walls. The routing towards the city center, the south district and vice versa has been greatly improved by a number of new connections and entrances. For the southern part of the park, efforts were then made to further restore the cohesion between park and neighborhood by removing the shrub layer in the edge plantings. The playing field has been restored to its former glory as an open heart and has regained its usefulness through raising and drainage. The circular asphalt path, accompanied by walnut trees, reinforces this central significance. Along the circuit, bridges mark the places where one can cross the water. Steel wind vanes, the poplar circle, the steel planes and the perennial garden form new points of attraction and interchanges of use. The impetus for the redesign of the northern part of the park: the Rampart Zone is the realization of the parking garage and the associated relocation of the tennis complex of BTC de Pettelaer. Following on from this, the entire zone along the bottom of the city wall has been cleared of unwanted obstacles and the city moat has been restored. The parking garage is located under the city moat. From the Limietlaan, a connecting line over the city canal and under the Hekellaan connects the parking garage with the Casinotuin and the rest of the city center via an attractive route. The tennis complex of BTC de Pettelaer has been moved to the former animal meadow. Eight courts, a practice track and the clubhouse are arranged within a structure of garden walls and hedges. On the side of the Limietlaan, the clubhouse of the rugby club is included in this complex. The current animal pasture has been greatly reduced, but retains its prominent location. It is more accessible and has a petting zoo. 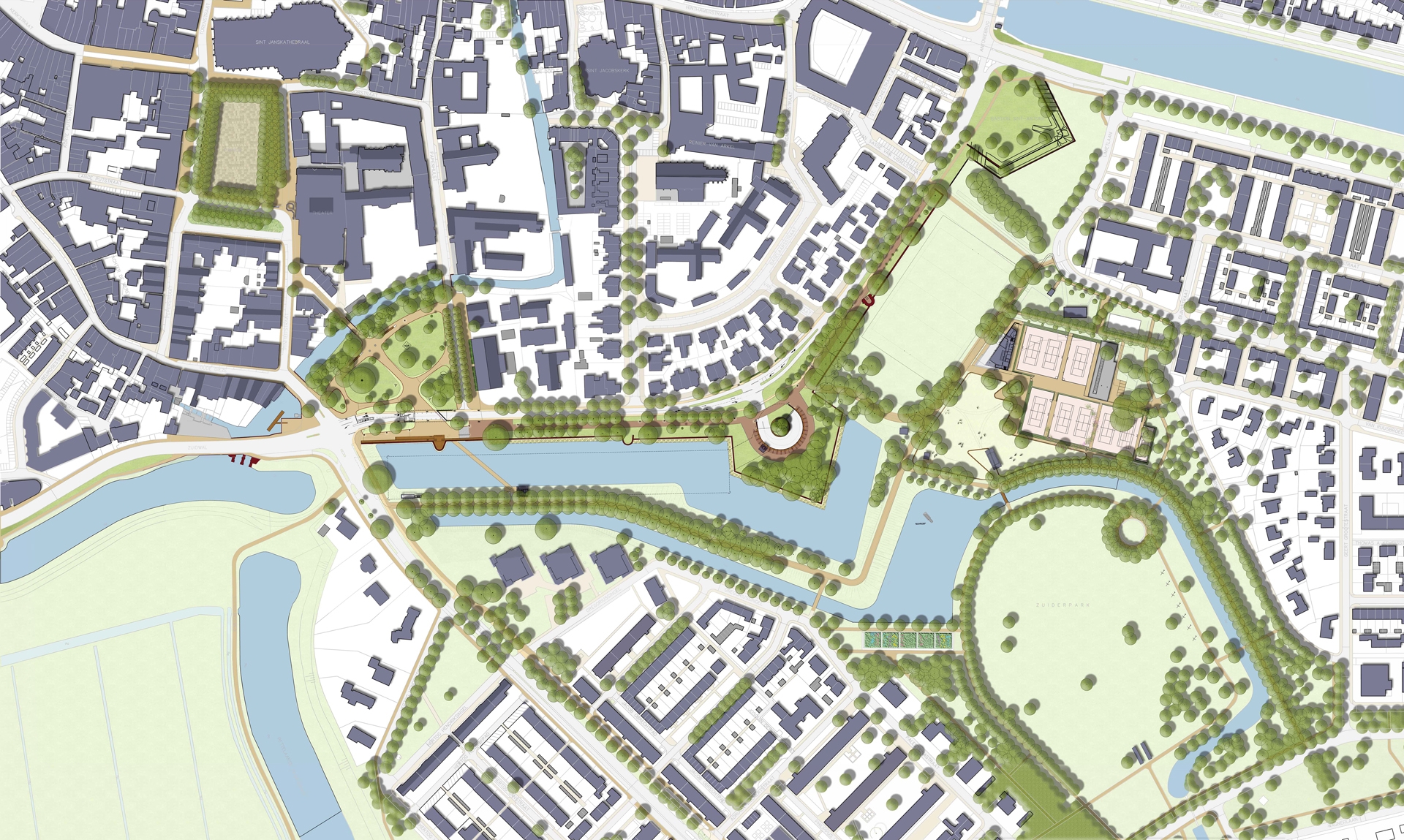