living in a green cultural landscape with brooks

At the location of the former Sparta factory in Apeldoorn, there were opportunities to develop a new residential area, in a special landscape setting. In 2016 MTD landscape architects was commissioned by the VOF Development Combination BPD / Trebbe to develop an urban development plan, an image quality plan and a public space design plan for this area. Mulleners & Mulleners was responsible for the architectural elaboration of the plans.
The urban development plan is based on a concept of 56 ground-level homes, arranged in two compact building blocks. For the special scenic qualities of the area of the Driehuizerspreng, to be used optimally, the building blocks are made fully accessible from the inside and from the Prins-Willem Alexanderlaan, a main access road in the city. The monolithic blocks are then positioned free in green. The façades of the houses focus as much as possible on the surrounding landscape.
In the architectural expression of the building blocks, variation arises through the introduction of three different housing types; park villas with flat roofs on the side of the Driehuizerspreng, town houses with pitched roofs on the PWA-laan and the outer sides of the two building blocks and veranda homes with pitched roofs on the green space between the two building blocks. The industrial architecture of the former Sparta complex served as a source of inspiration for the overall appearance of the houses.
The public space washes around the building blocks and has a natural image; the brook is the protagonist and the landscape is further determined by free-standing trees in a rough grassland. For the assortment, trees have been chosen that occur naturally here; oak and beech and alder in the vicinity of the brook.

As a transition from the building blocks to the brook landscape, solid beech hedges have been introduced as a clear plinth. In the green space between the two building blocks, this transition has been resolved more informally and verandas determine the transitions.
The image is more cultivated in the courtyards. The spaces are limited by storage rooms in combination with high beech hedges, pergolas overgrown with Wisteria and perforated steel gates. The parking is partly solved in the private yards, under the pergolas, and partly in the center of the courtyard. They are arranged in one main direction between beech hedges. The green character of the courts has been enhanced by a number of gleditsias. 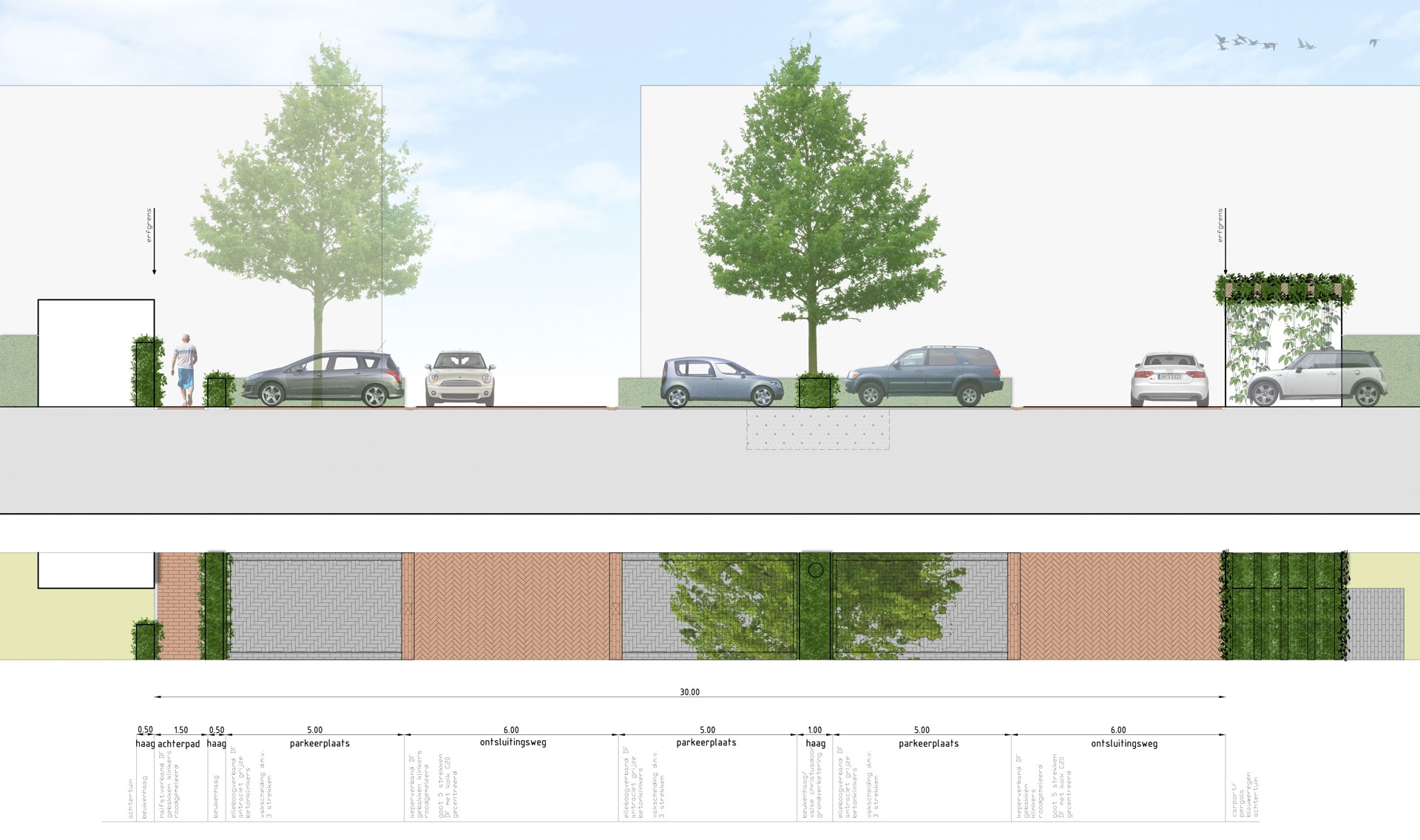 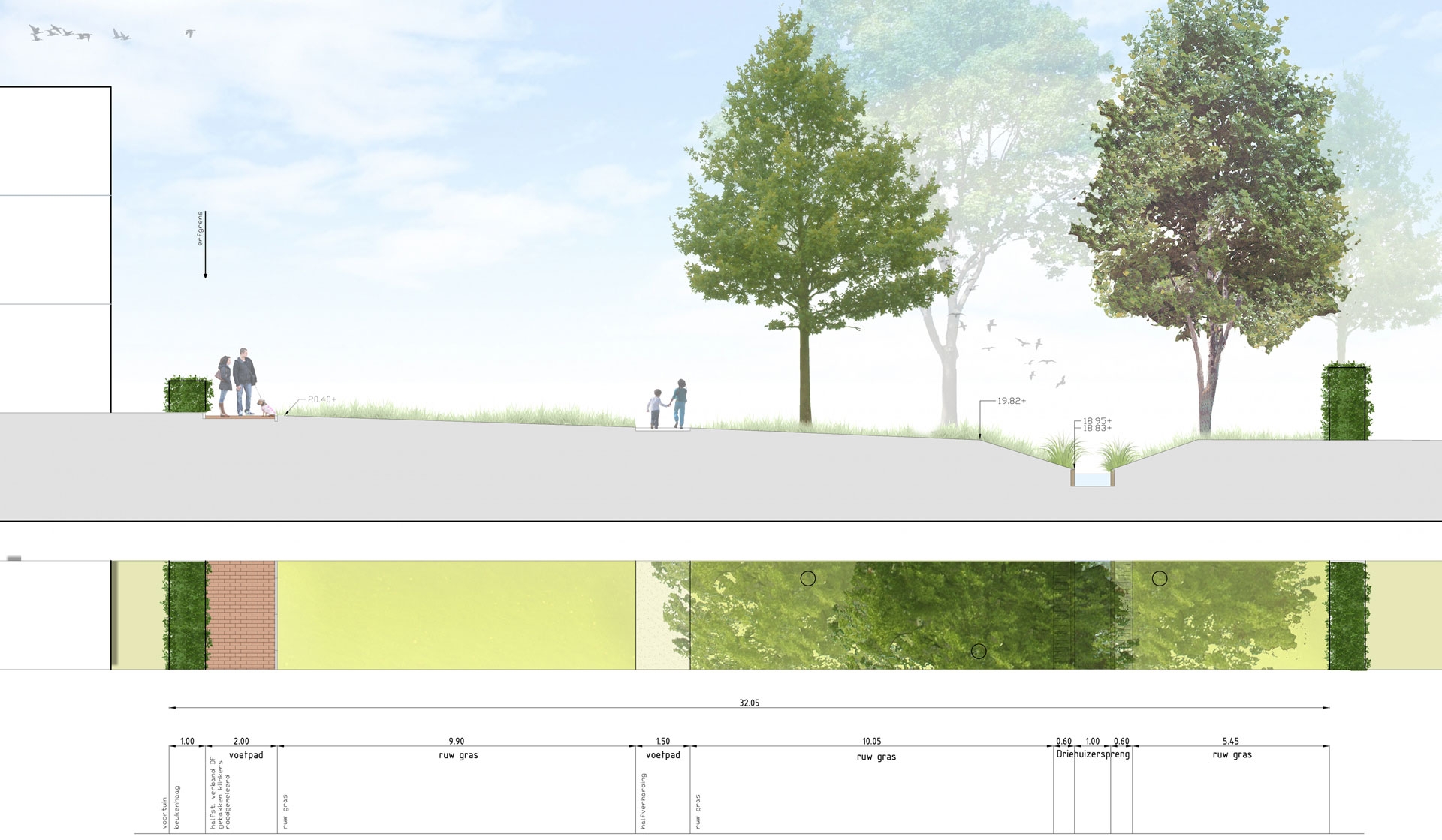 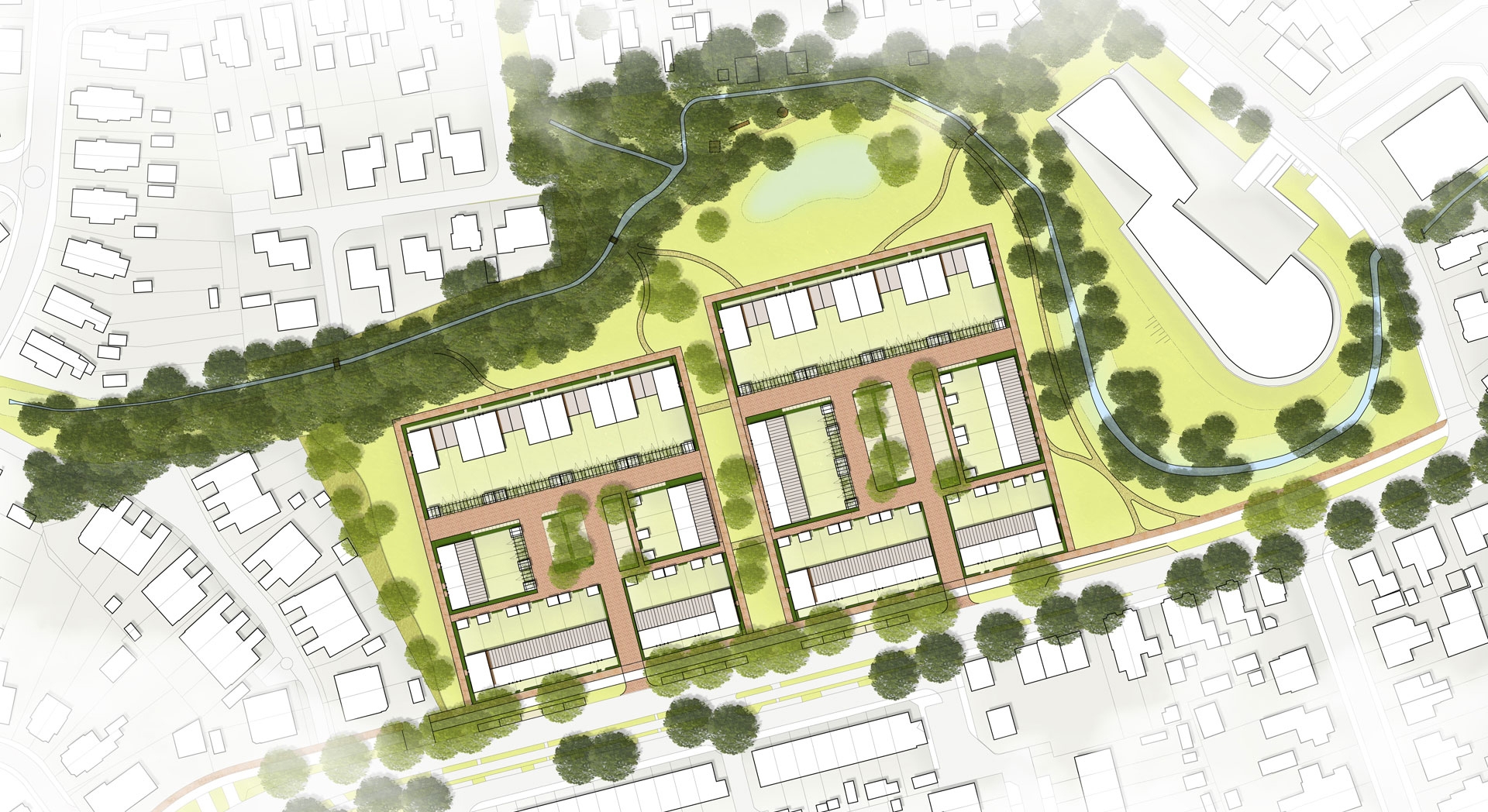