As in many places in the Netherlands, the landscape around Deventer has also been affected by economies of scale in agricultural land use. Years of intensive agriculture have meant that many landscape elements have disappeared and lots have been enlarged. An important reason for this is that many farms have focused on one product over time, the mixed farm has become scarce. This monotonous use of the land not only reduces the diversity of products, but also has a huge impact on the spatial quality, soil life and biodiversity of the landscape.

Moreover, the impact of economies of scale is not only legible in rural areas; connections to and from the city are also more difficult. Where in earlier times it was clear where agricultural products came from, this is now a complex logistics market, which has become invisible to consumers and city residents.

Melk & Noot is therefore introducing an alternative agricultural system such as a shell around Deventer, in which small-scale farms will find a place that will focus on the local market. In this multifunctional agricultural system, a combination of strip grasses and edible, productive wooded banks has been sought. These wooded banks are not only edible for humans and livestock, but also enhance biodiversity and soil life. Moreover, these landscape elements are attuned to the existing qualities of the area and enhance the readability of the sandy landscape; for example, the meadow wall will be a division between two meadows, the water wall will emphasize the east-west weteringen, the forest wall will serve as a transition between forest and meadow, and the enkwal will guide the higher ones.
One of the farms within this shell, the Melkbrouwerij, is a pioneer in this, creating a maximally diverse farm that serves as an example for other farms around Deventer. By working with a community of members around the farm, the relationship between urban and rural areas is strengthened and products can be sold locally. Members can always collect their fresh products from the mixed farm, which is connected to the urban area of ​​Deventer and Lettele by means of a new walking route, linked to the newly planted wooded banks.

This creates a recreationally attractive and fine-scale cultural landscape close to the city and reconnects consumers and producers, as well as an increase in biodiversity, a pleasant living environment for livestock, a better balance between CO2 emissions and uptake and an enrichment of local products. Melk & Noot hopes to inspire other farmers, the municipality and the province to leave behind a healthy landscape for future generations.

A fine-scale landscape; good for people, animals and nature. 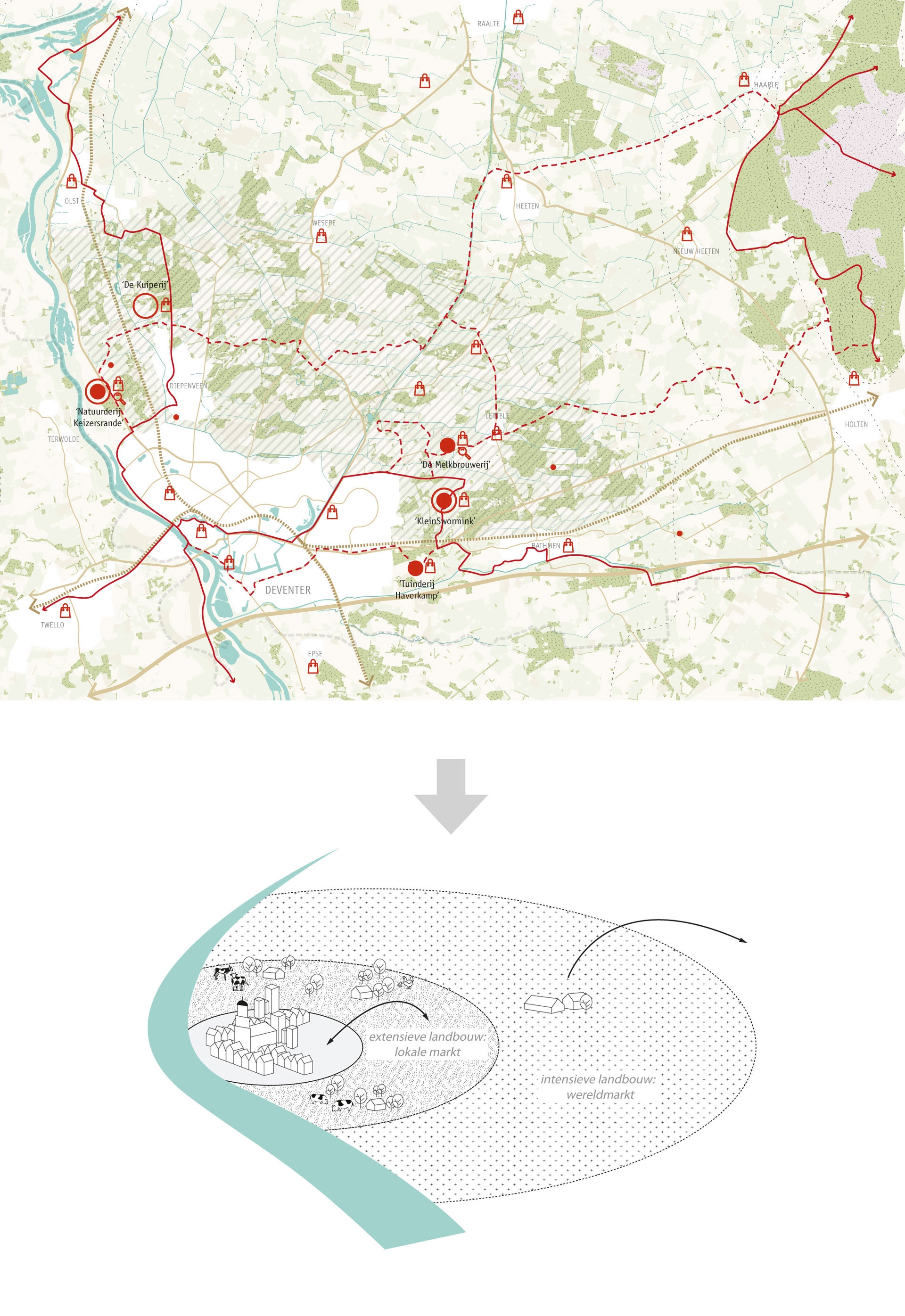 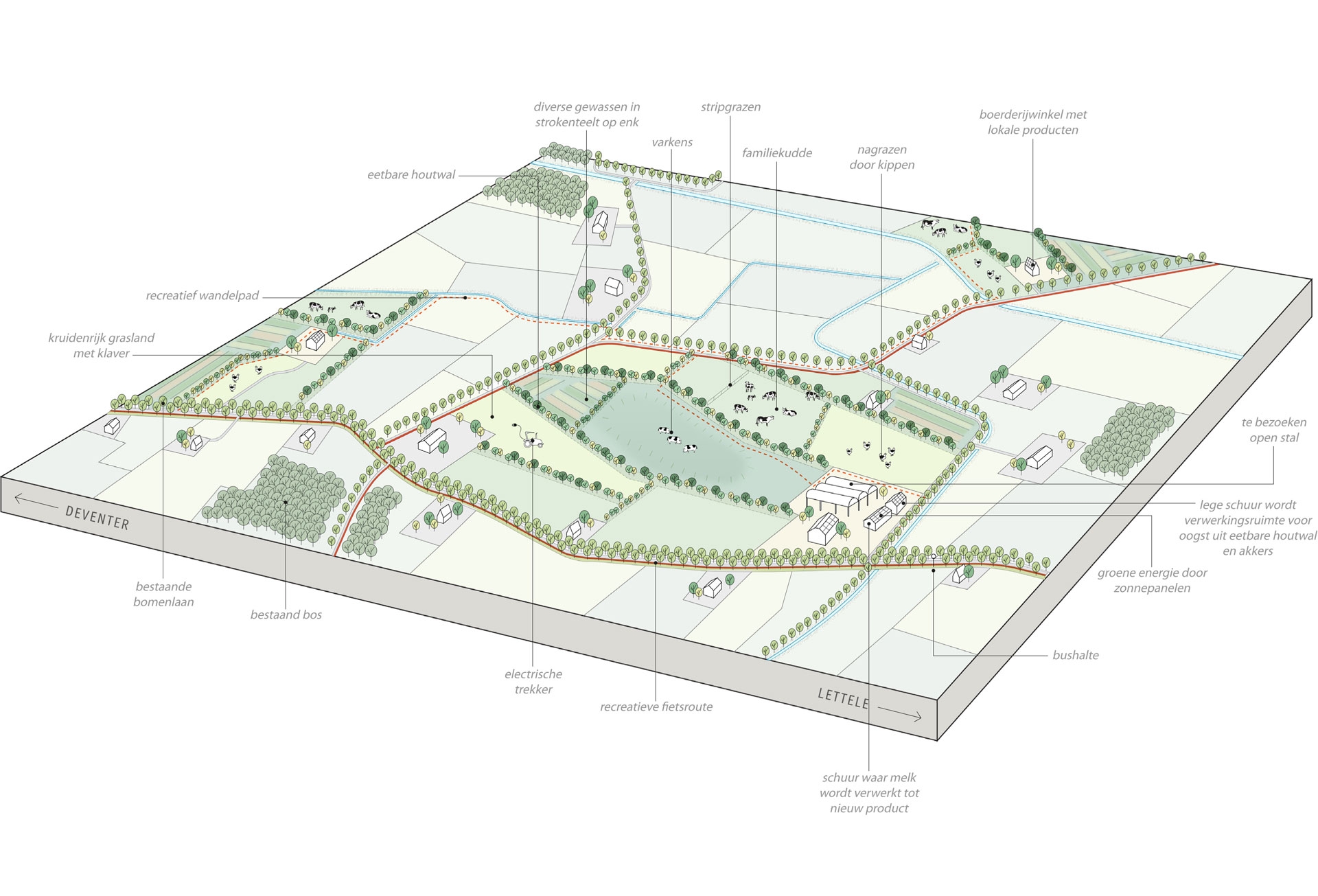 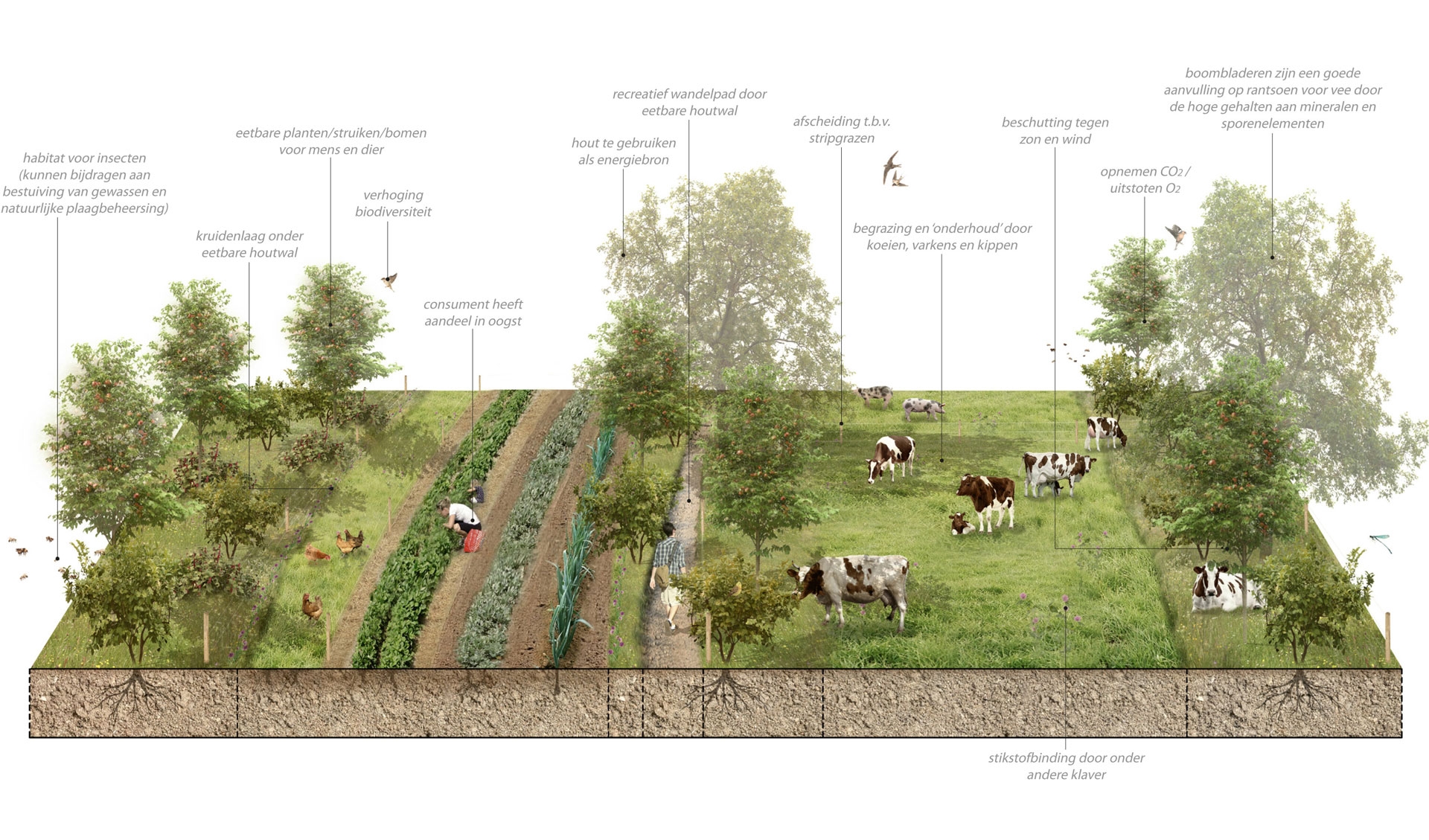 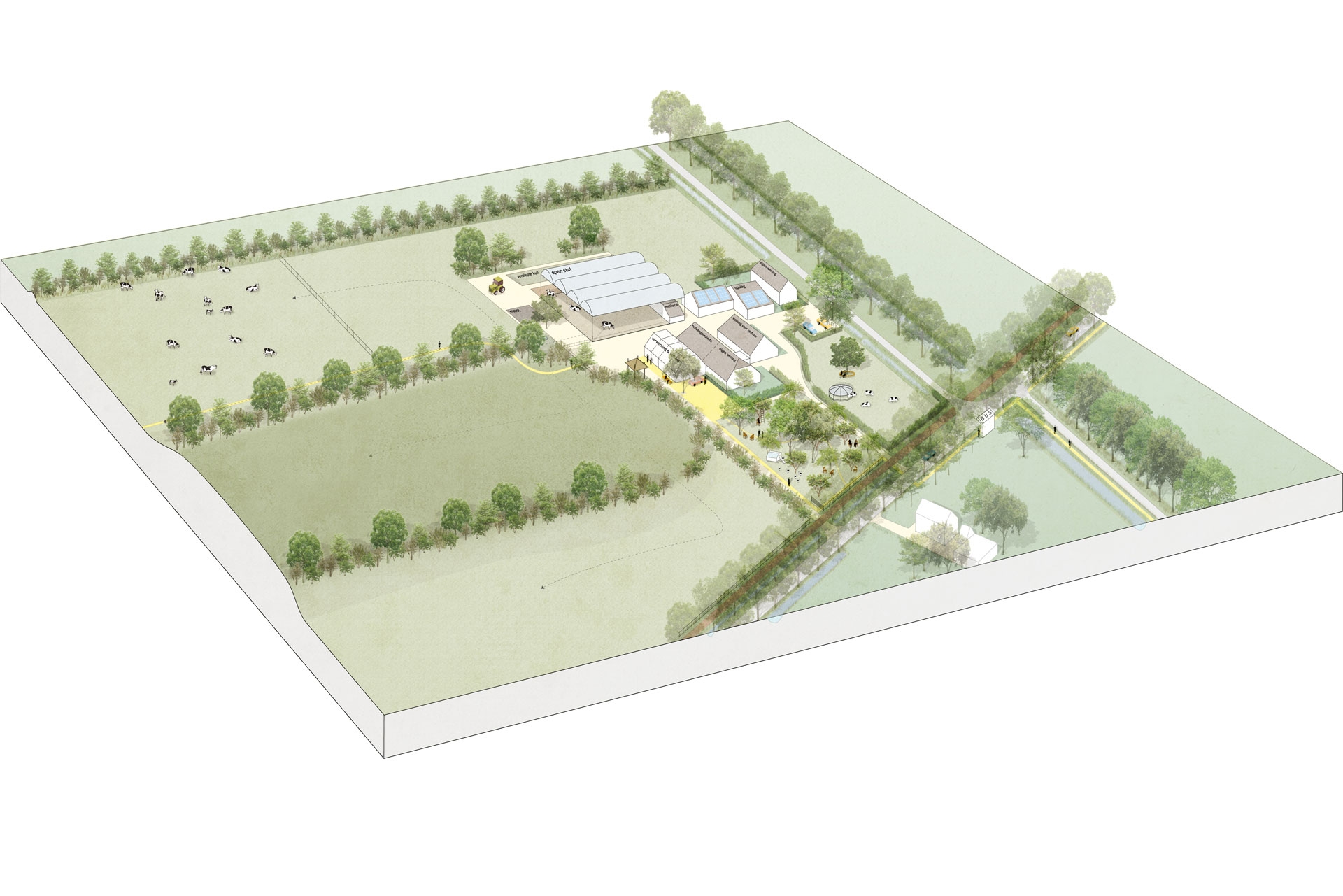 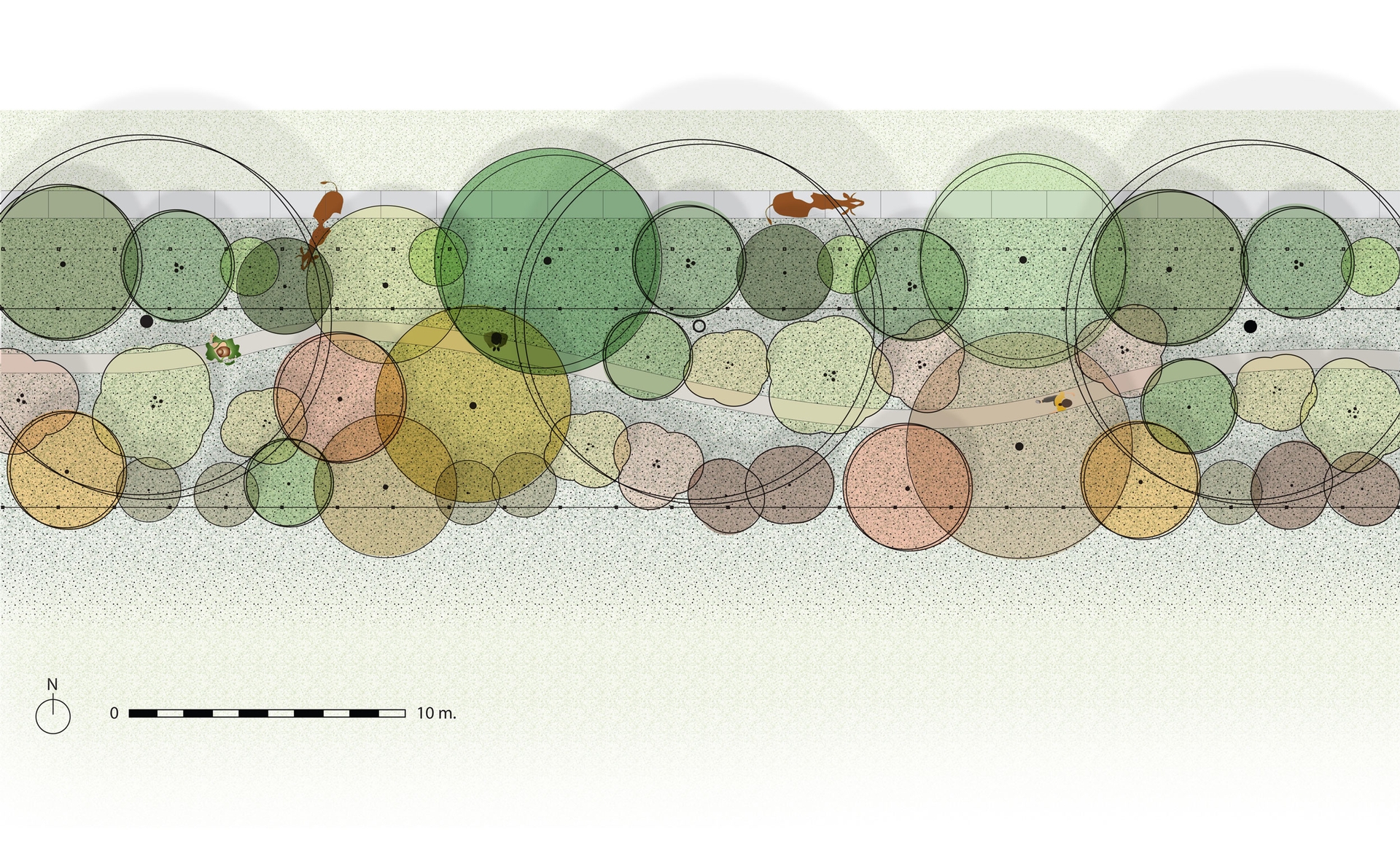 foto's van de aanplant: eerste eetbare houtwal in november 2019
Cookie Consent
This website uses cookies to improve the site, match ads to your interests and integrate with social media possible. This makes the site more user-friendly and provides you with better service. If you want to allow cookies you can change your settings.
More information is available in our Cookie Statement . If you want to use the full functionality of this website click Accept cookies.