For the combination De Vaart, consisting of Dura Vermeer, Ploegam and Van den Biggelaar, MTD landscape architects worked on the integration of the widening of the N279 North. The 13-kilometer route runs from the junction of the A2 motorway at 's-Hertogenbosch to the junction with the A50 motorway at Veghel and was known to be congestion-sensitive and unsafe due to the many level crossings. This has been addressed with the widening of two lanes to two times two lanes and uneven floors at the connection of the neighboring villages. The result of these interventions is that the road occupies a larger space in already a tight zone between the Zuid-Willemsvaart canal, the river Aa and the various villages and agricultural lands. In order to achieve an optimal integration of the road in the landscape and at the same time to upgrade nature values and ecological connections, MTD landscape architects is involved in the entire process from tendering to implementation. This is designed to implement the road, prepare planting plans, establish ecological connections, redesign the dynamic brook valley of the Aa and the design of the civil constructions such as viaducts and bridges over the road, Zuid-Willemsvaart and the Aa.

the design
Within the project team of Combinatie De Vaart, MTD landscape architects has given particular substance to the landscape integration of the N279, to the redesign of the brook valley and to the architectural design of the civil constructions over the road, the Zuid-Willemsvaart and the Aa.

The widening of the N279 between 's-Hertogenbosch and Veghel will make the road safer, improve traffic flow and reduce traffic through neighboring villages. In order to achieve all the goals and optimisations in the surrounding environment, a surgical intervention was started early in the process, the necessary space for the road minimized by a compact central reservation, steep slopes and a tight location against the canal. This also preserves a maximum amount of existing trees around the new connections, thereby preserving the character of the environment. In addition, with the widening of the provincial road, the province strives for a sustainable integration into the landscape and a stronger experience of the adjacent river Aa. An integrated approach also includes the redesign of the "Dynamic brook valley Hersend and Aaveld". In this subproject of the Aa and Maas water board, the Aa between Heeswijk and Berlicum will once again have the space to meander. There will be pools, walking and cycling paths and the route and signposting from the adapted N279 towards Kasteel Heeswijk will be improved.

For photos of the brook valley, see: aaenmaas.nl

The landscape situation is strongly referred to in the design of the civil constructions. The viaducts over the road form part of the autonomous character of the road and have an infrastructural character with a simple appearance to be present as a minimum. The bridges over the Aa have their own character, fitting in with the redesigned brook valley with the meandering river. Underpasses for nature have been maximized and the bridges are restrained and sleekly designed as half-timbered bridges with a dark color scheme. The bicycle bridge over the Zuid-Willemsvaart is an independent and special object which is situated high over the canal and is therefore made as open and airy as possible in a light gray-blue color that reacts optimally and merges with the Dutch sky.

the tendering process
Combinatie de Vaart has recognized the importance of integrating the road into the characteristic backdrop landscape within the tender process and has put a lot of effort into this in performance claims and opportunities. As part of the Combinatie de Vaart project team, MTD landscape architects has been involved in the Best Value Procurement (BVP) tendering process from the outset. With verifiable performance in previous infrastructure projects, it has been demonstrated how such a landscape integration can be achieved. 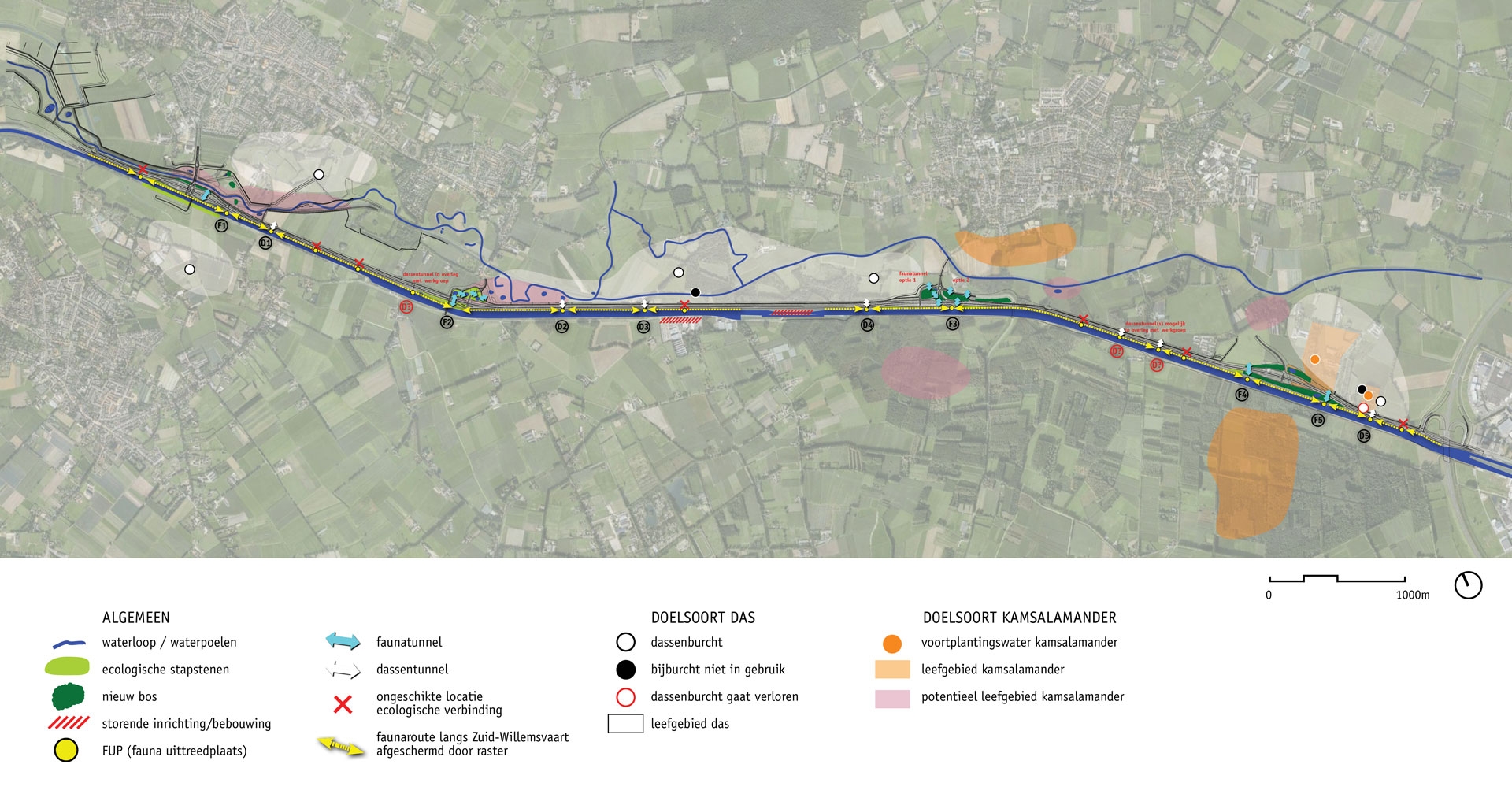 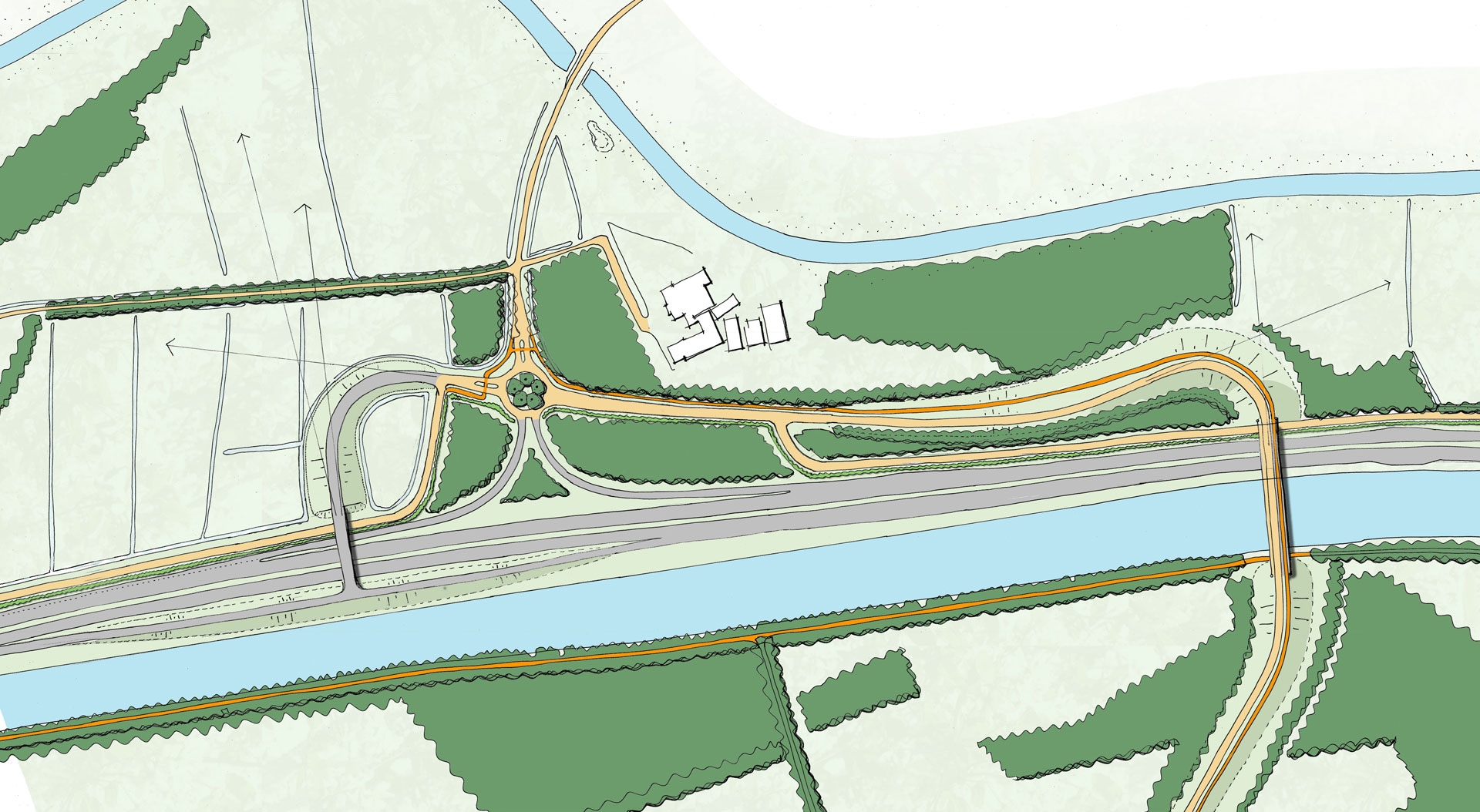