Waterfront Uithoorn by the Amstel

A livable core ‘by the Amstel’ again

The Municipality of Uithoorn and ‘Hart aan de Amstel’ (van Wijnen / Linders Real-estate) have the joint ambition to improve the spatial quality of the waterfront Uithoorn by the Amstel. The aim is to strengthen the coherence between the Amstel, the harbor and Uithoorn’s public space as situated between the courthouse and the Thamerkerk (church), to improve the visual appearance and to increase the user value and overall quality.
MTD landscape architects / urban designers received the assignment in 2013 from the municipality of Uithoorn and ‘Hart aan de Amstel’ to develop a design plan including technical implementation. In this process MTD has closely collaborated with JP Recreatiemanagement regarding the design of the harbor, and was also responsible for the participation process with neighbors, retailers and hospitality entrepreneurs and aesthetic supervision during the construction phase.

The first aim of the design plan was the introduction of a green boulevard along the Amstel and the passenger harbor. A zoning plan has been applied, greatly reducing traffic space in favor of increased quality of stay on the water banks. By increasing the height of the quay an attractive boulevard emerges, offering room to generous terraces and facilitating in an event platform used as a podium on the Amstel. The lower placed driving lane and pedestrian lane along the facades facilitate destination traffic, slow traffic, shoppers and winter terraces. High quality sustainable materials have been selected throughout such as fired bricks and natural stone, creating an attractive water front with room for numerous berths.
At the height of ‘De Schans’, the oldest part of Uithoorn a so called shopping pier has been created where people can dock their boats for shorter period of times to go shopping. As a reminiscent of the characteristic wooden bridge that once formed an connection over the Amstel, a contemporary echo of the former bridgehead has been introduced. Here one can enjoy views over the water while at the same time offering a place for tour boats to dock. In doing so, Uithoorn has reestablished a connection between the historical city center and the Amstel. Last summer the water line saw a festive opening. With the new waterfront Uithoorn has put itself on the map within Holland’s ‘Green Heart’ and has become an important hub in its surroundings. 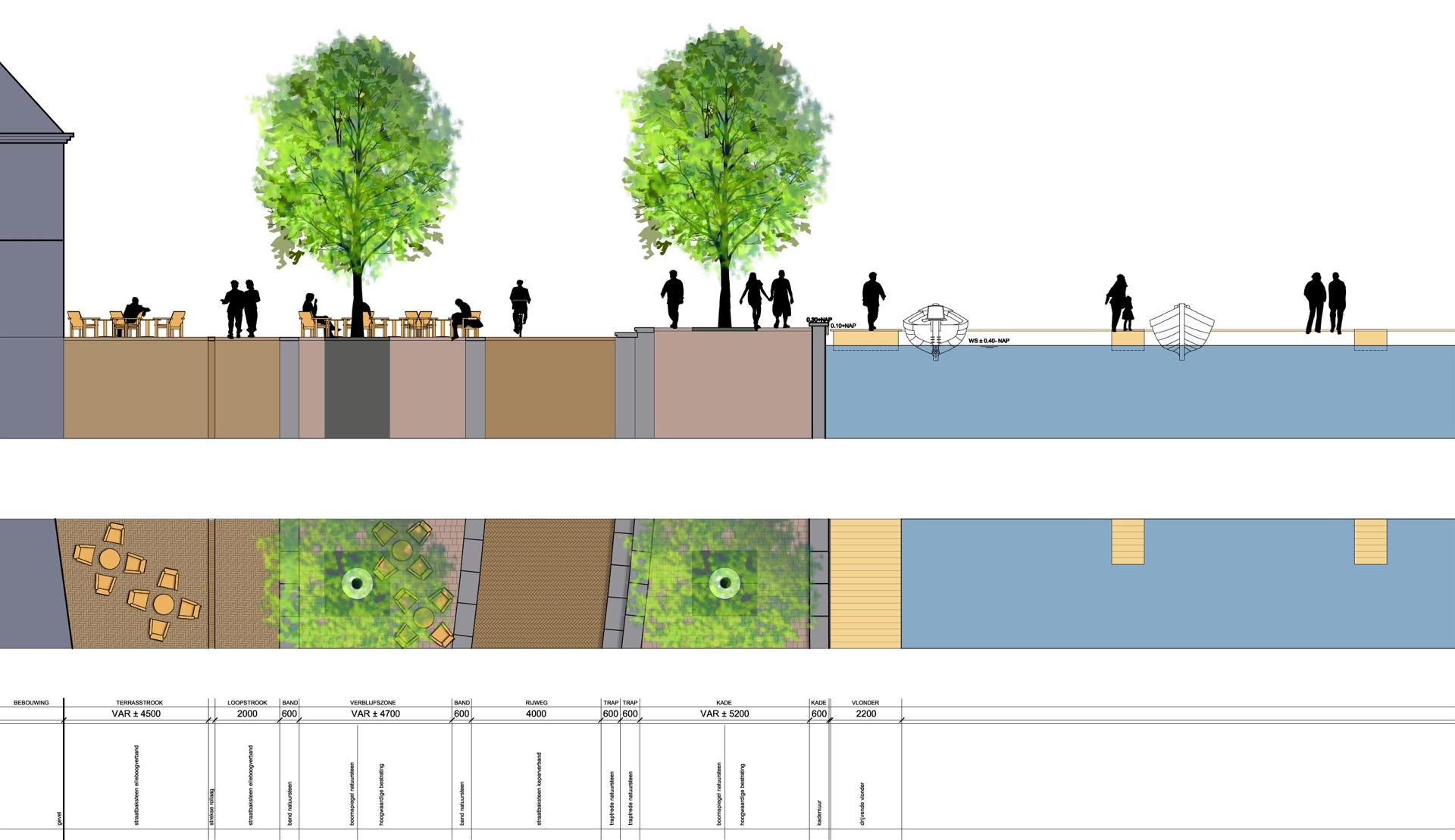 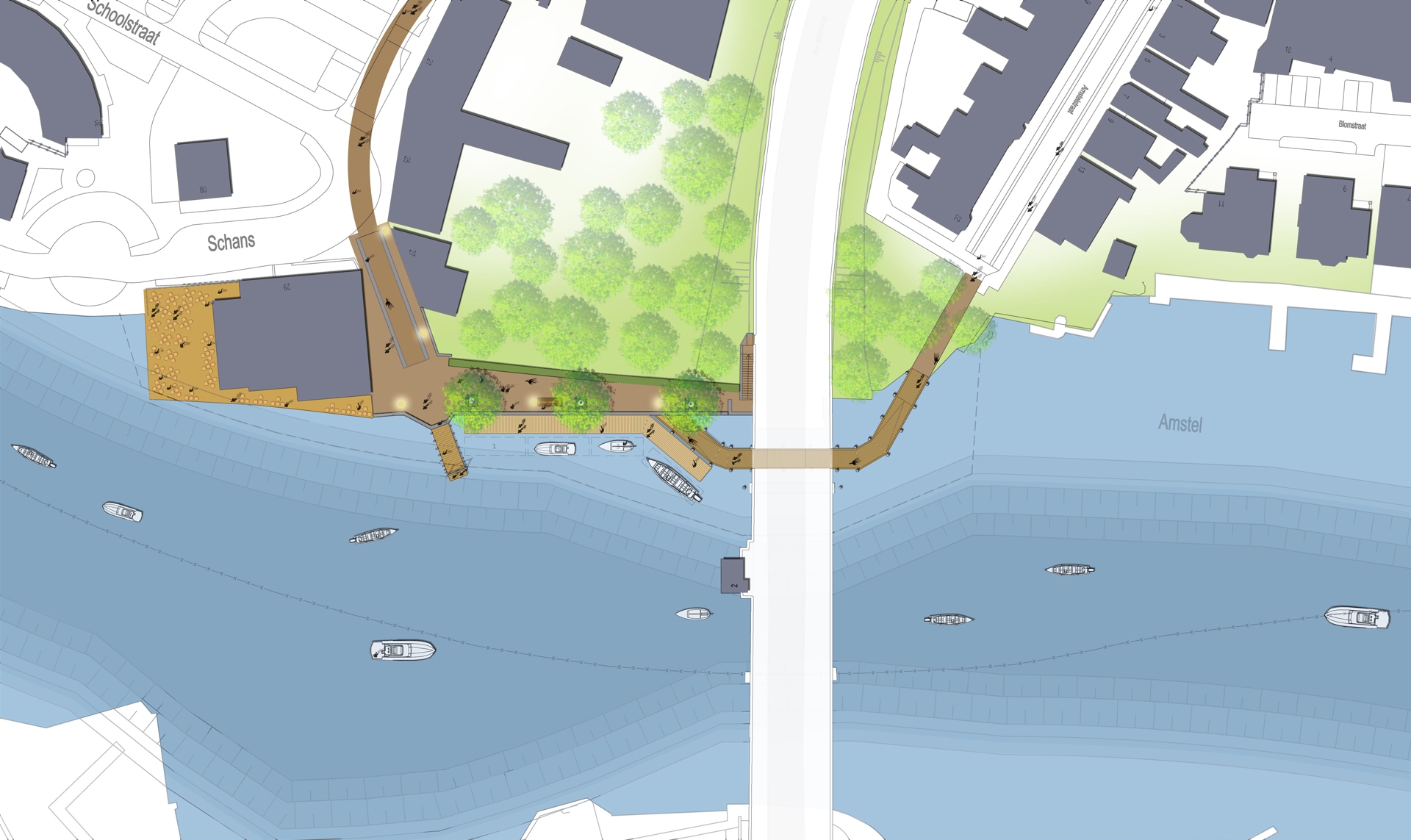