The Thales Group is a globally operating electronics firm, operating in the fields of aviation, military technology and information technology. With its activities the company serves as a front runner in high tech innovation. The substantial renewal of the dated premises of Thales Netherlands in Hengelo is fitting with the firms ambitions. Thales does not only invest in their own company, but also strives to stimulate the communication and innovation with other high tech companies. Conditions for the new housing and design of the surrounding terrain where to create an attractive working environment that is suiting with current day lifestyle and invites people to meet, inspire and stimulate each other. As a new ingredient Thales opens up the facilities for third parties.

MTD landscape architects / urban designers obtained the assignment to develop an urban master plan and design plan for the terrains. MTD was part of an integral design team in which it participated together with Leijh Kappelhoff Seckel van den Dobbelsteen architecten and Reitsema & partners architecten. In a very short time span an imposing ‘High Tech Systems Park’ was developed that got put into service in May 2014.

The present landscape forms an important point of reference for the urban master plan and design plan of the terrains; the campus is deployed on a representation of the landscape of Twente. In this concept the ever present farm ‘De Zegger’ and a water feature in the form of a stream are included as important image bearers. Green structural elements are the present monumental tree population, among which is the lane starting from ‘de Zegger’. An important aim in the design of the campus is the organization of the routing on the hi-tech business park. Herein distinctions have been made for car traffic between staff, visitors and VIP’s. For bicycle traffic for predominantly staff, measures have been taken to secure well thought out connections between the entrances of the campus and the important bicycle parking locations. The basic idea is that the campus offers a unique park like setting for offices and central facilities and that it projects a sense of openness and hospitality. Lanes, bridges and seating locations form connections and looped walking paths between the offices and facilities and offer occasions for social interaction. Several characteristic buildings have been maintained including the farm ‘de Zegger’, the radar tower and the entrance building. New additions are the Shared Facility Center (SFC), the Office, the BB&S and the Warehouse. The entrance building, the so called Shared Facility Center forms an important image bearer; it is freely accessible, forms a center of activities and a podium for exchanging knowledge. The building isn’t just used by the employees of Thales itself, but can be used by any business in the nearby vicinity and forms the beating heart of the High Tech Systems Park. The architectural expression of the building, the program of the restaurant and the terraces covered by the cantilevered first floor strengthen one another. The metamorphosis of Thales is especially evident in the new office building, in which ‘the new way of working’ (SmartWorking@Thales) which has served as the basis for the design. Everything in the building is aimed at stimulating encounters and producing dialogue. The atrium, the heart of the building connects inside with outside and downstairs with upstairs. With this building Thales wishes to express itself as an attractive employer; a true revolution in the world of technical innovations.
With the new company premises Thales does justice to its position as world market leader in radar technology. 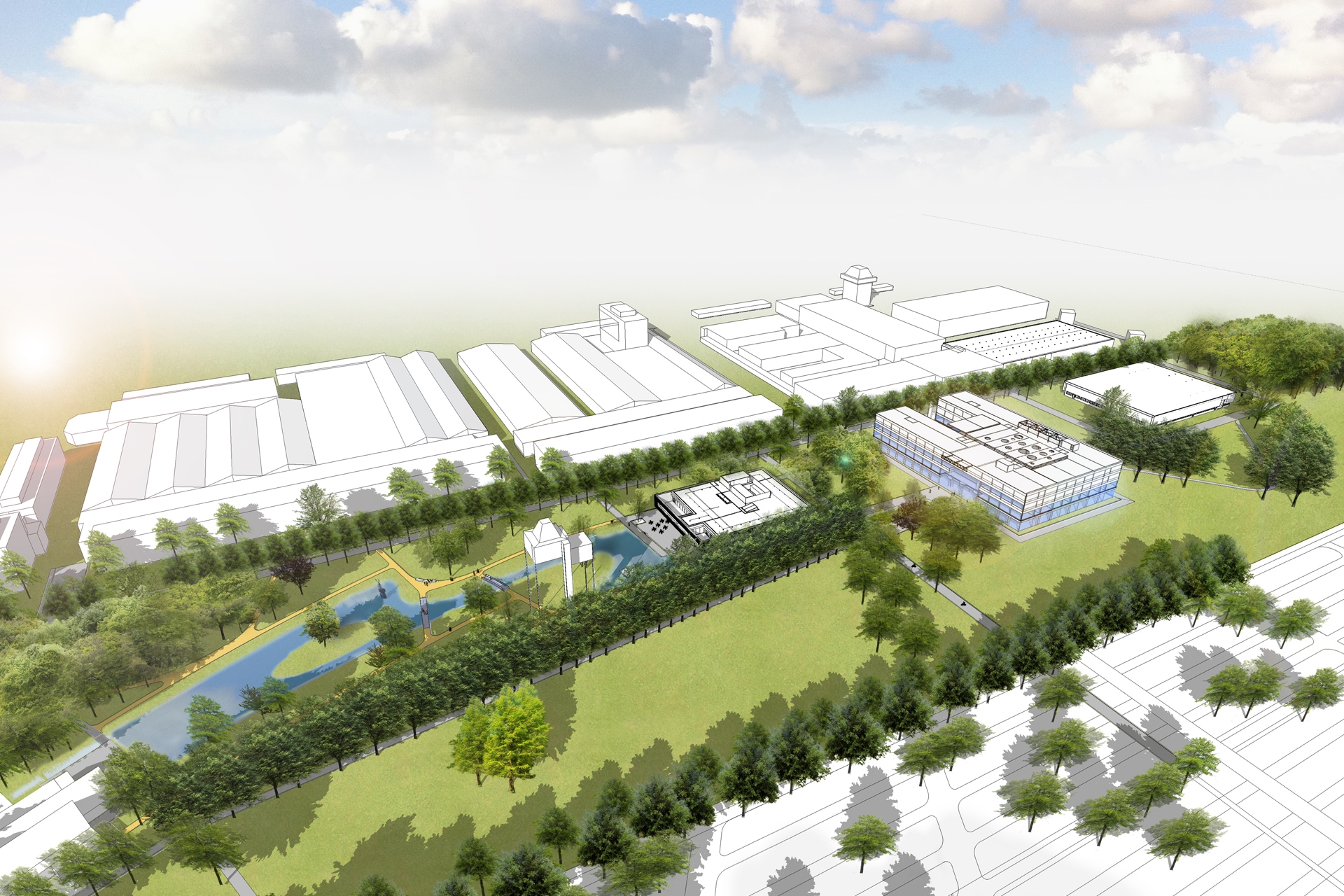 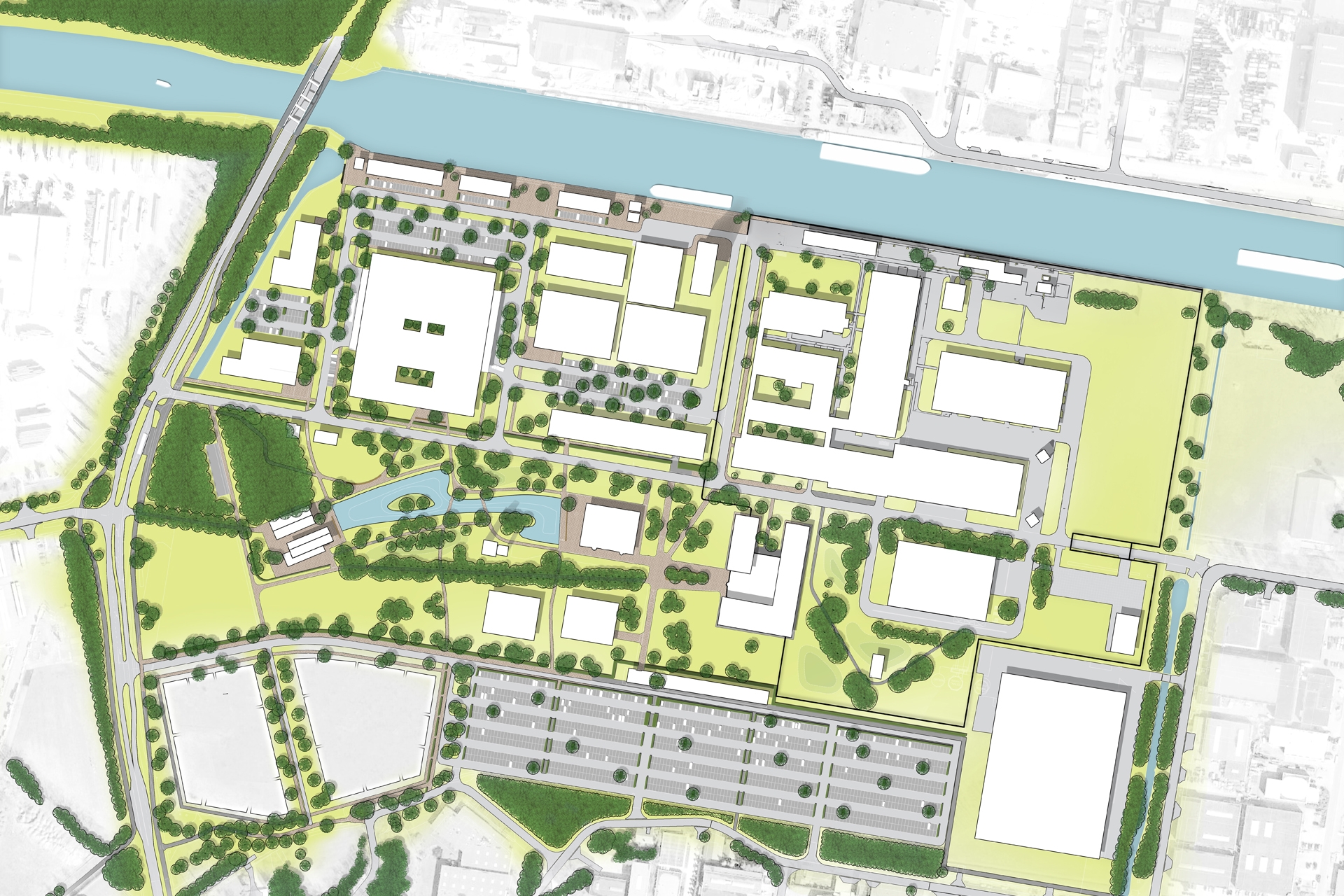