The Province of South Holland and Rijkswaterstaat are making plans for the integration and construction of the Rijnland Route. The integration of this provincial road has a major impact on people and the environment of valuable landscapes and busy areas. The connection consists of a combination of national and provincial roads. The road is necessary to solve current bottlenecks and to guarantee the flow in the Holland Rijnland region in the future, to open up new housing and to be able to further develop the economic potential of the region. In December 2014 the Route Decree A4 and A44 and the Provincial Integration Plan for the Rijnland Route were adopted by the Provincial States. The Integration Vision and Rijnland Route Landscape Plan have been drawn up by MTD landscape architects from 2012 to 2014.
The adoption of the Route Decision in the Provincial States was preceded by an intensive process. The planning for the Rijnland Route was complicated, due to great public and political involvement, and the densely built-up urban or heavily protected (agricultural) natural landscape did not make balanced integration easy for the project organization. MTD landscape architects was asked in 2008 by the then Provincial Advisor on Spatial Quality Eric Luiten (in a team with AA&P architects and Locus spatial developments) to provide independent advice on the landscape integration of the Rijnland Route. The Rijnland Routes manifest has led to a change of course in the approach to landscape integration and to the involvement of MTD Landscape Architects in the preparation of the decision documents, advice on environmental issues and participation in public participation.
The basic idea of Rijnland Routes is that the logic of the landscape, consisting of its qualities, structures and local routes, must be kept as readable and perceptible as possible after the construction of the RijnlandRoute. It is a search for balance: an intervention is needed that disrupts the existing balance and therefore requires additional interventions to restore that balance. It is also important to explore the weaknesses of the existing environment: local connections are interrupted or made ad hoc and green areas are inaccessible. The design assignment must be viewed from the perspective of the user of road and landscape: after all, it is about their "living space".
The landscape plan pays particular attention to restoring these connections in the logic of the landscape and strengthening the qualities of the different landscapes. For example, at a crucial location in the Papenwegse Polder, the Veenwatering crosses ground level above the deepened Rijnland Route, through an aqueduct. With this, an age-old water line, still equipped with mills, remains intact. This autonomous crossing is also used for the fast bike path between Leiden and Wassenaar. Another example of smart cross-linking of routes is the combination of a bicycle connection through the Ommedijk junction with a fauna passage, which is desired by the environment and the municipality of Wassenaar. The plans also provide a framework for the design of the various nodes, noise barriers and plantations along the road. This explicitly takes into account ecological requirements, including bat routes. 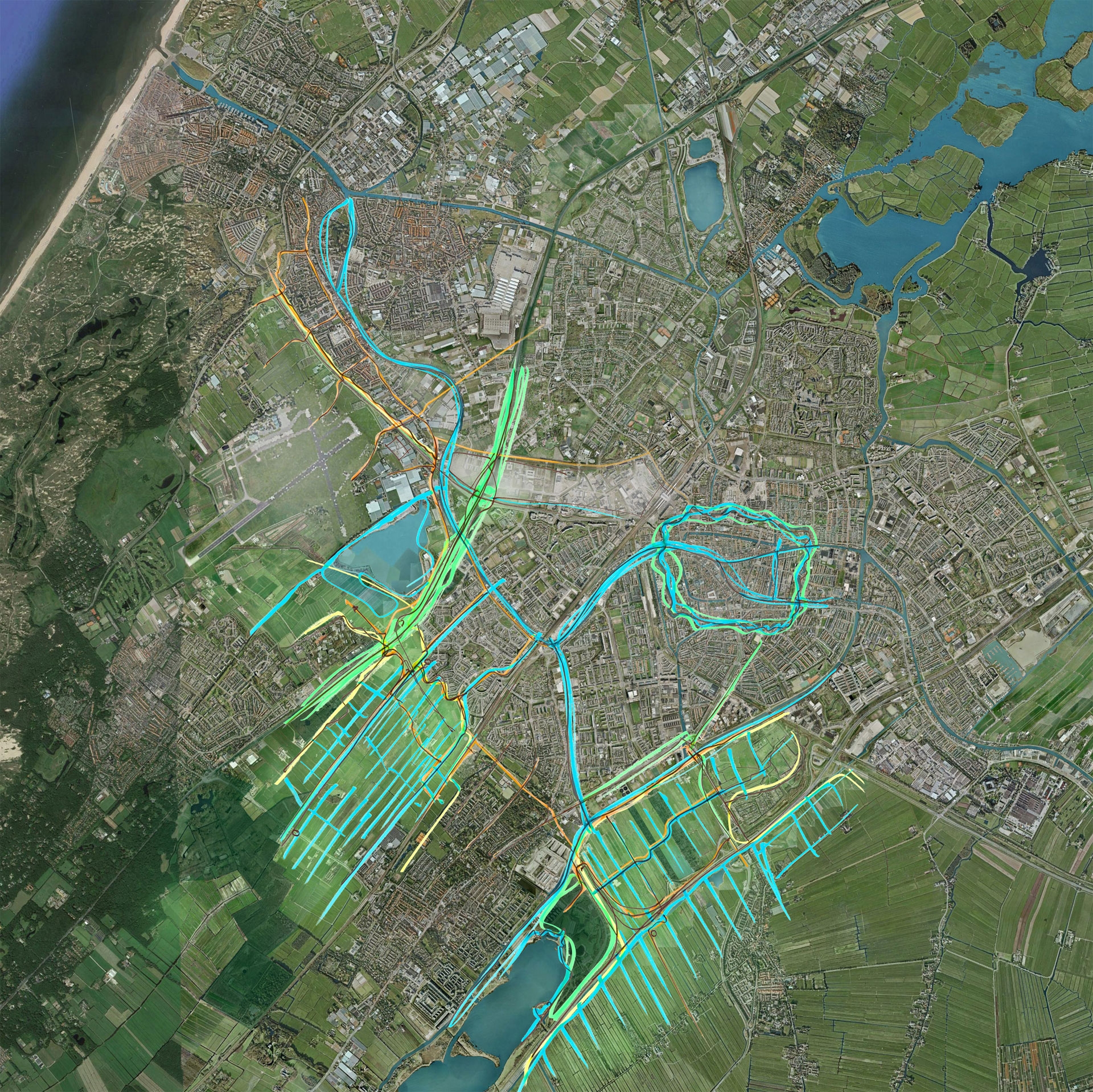 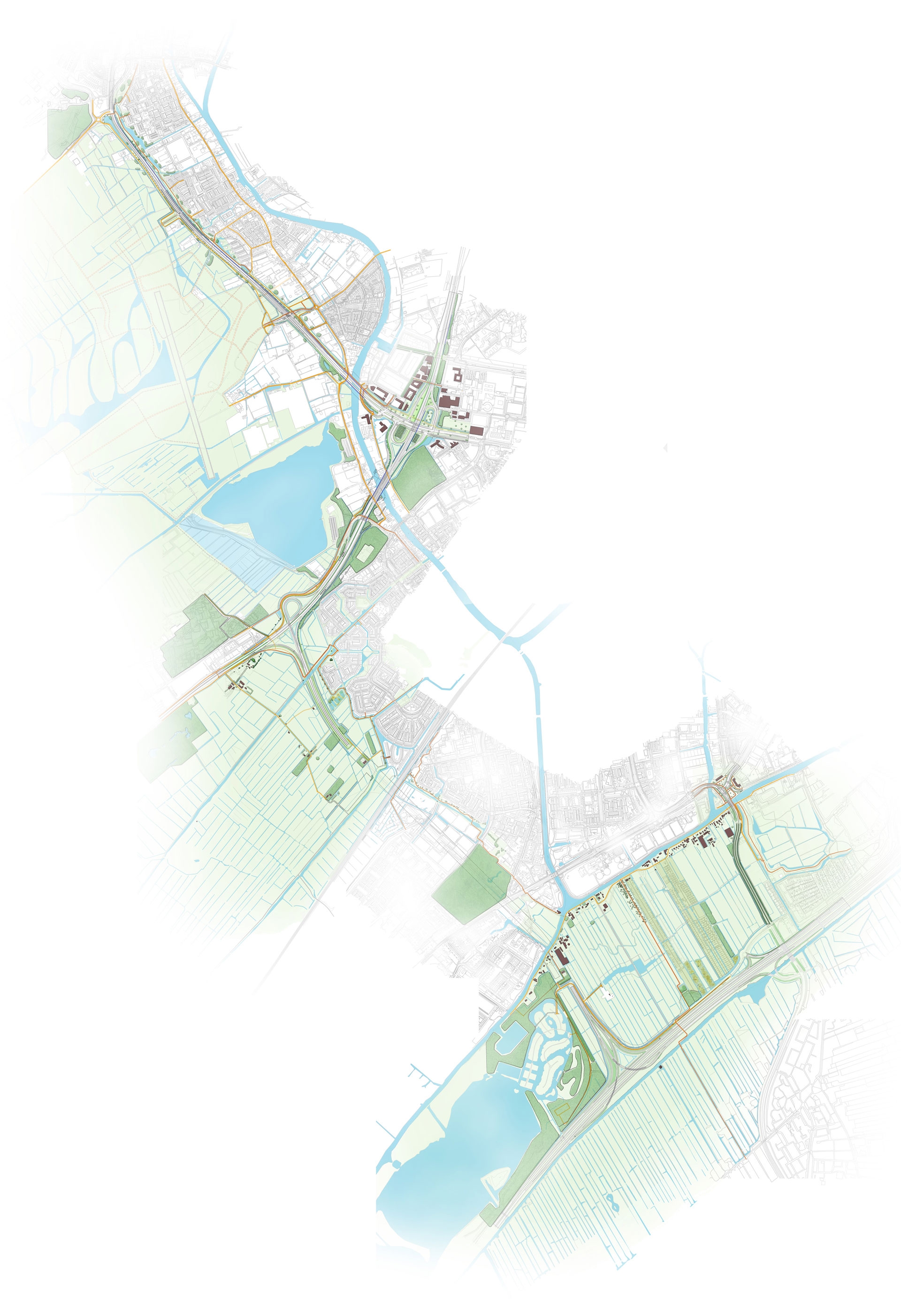 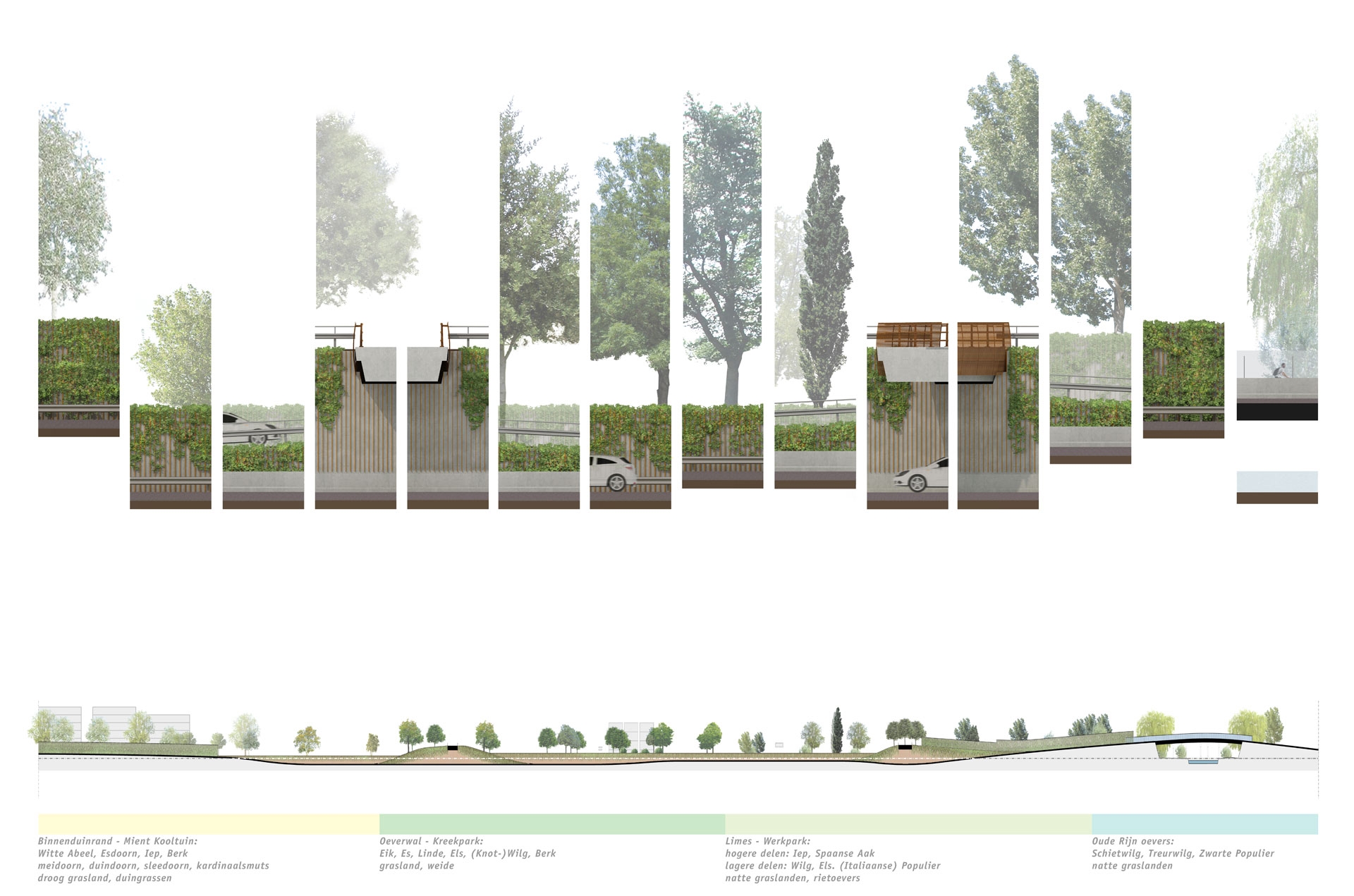