The Drielandenpunt (three-border region) of Germany, Belgium and the Netherlands is a popular tourist attraction. In the current situation, however, the magic of the place is overshadowed by a number of commercial expressions, signboards, a maze of paths and a somewhat outdated layout and buildings.
The Municipality of Vaals, the National Forest Service of the Netherlands and the province of Limburg jointly aspire in restoring the Drielandenpunt into an attraction with an international appeal. In view of this, MTD landschapsarchitecten was commissioned in 2013 to draw up a cross-border concept for the Vaalserberg, within which the core values of nature, culture and altitude could be developed coherently. Hence the efforts have been focused on a joint and broadly supported concept, in which the conurbation of Aachen and the Municipality of Plombières have also participated. This was conducted through a combination of design-driven research and an extensive culture-historical investigation, in which the unique qualities of the region was surveyed. In this the ‘genius loci’ provides unbiased and appealing leads for the design.

The development concept for the Drielandenpunt, in the first instance, pursues the reparation of the continuity of the history of the region. On the evidence based on old postcards, the agency has discovered dozens of border poles standing on the hill that appear to have shifted in the course of time, traces of the Vierlandenpunt (four-borders point), a prehistoric barrow and the highest point of the Netherlands. The culture-historical investigation led to the conclusion that the ‘highest’ point of the Netherlands and various border poles, are no longer in their original positions.
The development concept seizes the opportunity to put this falsified past straight and to simultaneously give the Drielandenpunt a quality boost; border poles are put back where the actual country's borders are situated and the ‘Highest Point of the Netherlands on the European mainland’ is marked at the right spot. The context of both is also enhanced by a rejuvenation of the surrounding forest.
In order to link the forest atmosphere and attractions with each other, a main system of four footpaths is introduced. Three paths that literally cross the country's borders; straight across the contour lines. This gives the region an additional perceptive dimension. Along the paths, one steps with one leg in the one country and the other leg in another, coming into contact with all kinds of information about the developmental history of the region. No garish signboards, but modest and associative images.
In addition, a path is introduced that follows the contour lines; the natural path precisely follows the +300 metres NAP line. During the course of an hour's stroll, visitors also experience a piece of the nature and the landscape.
A new infrastructure around the Drielandenpunt ensures that the Drielandenpunt can be reached from all three countries. 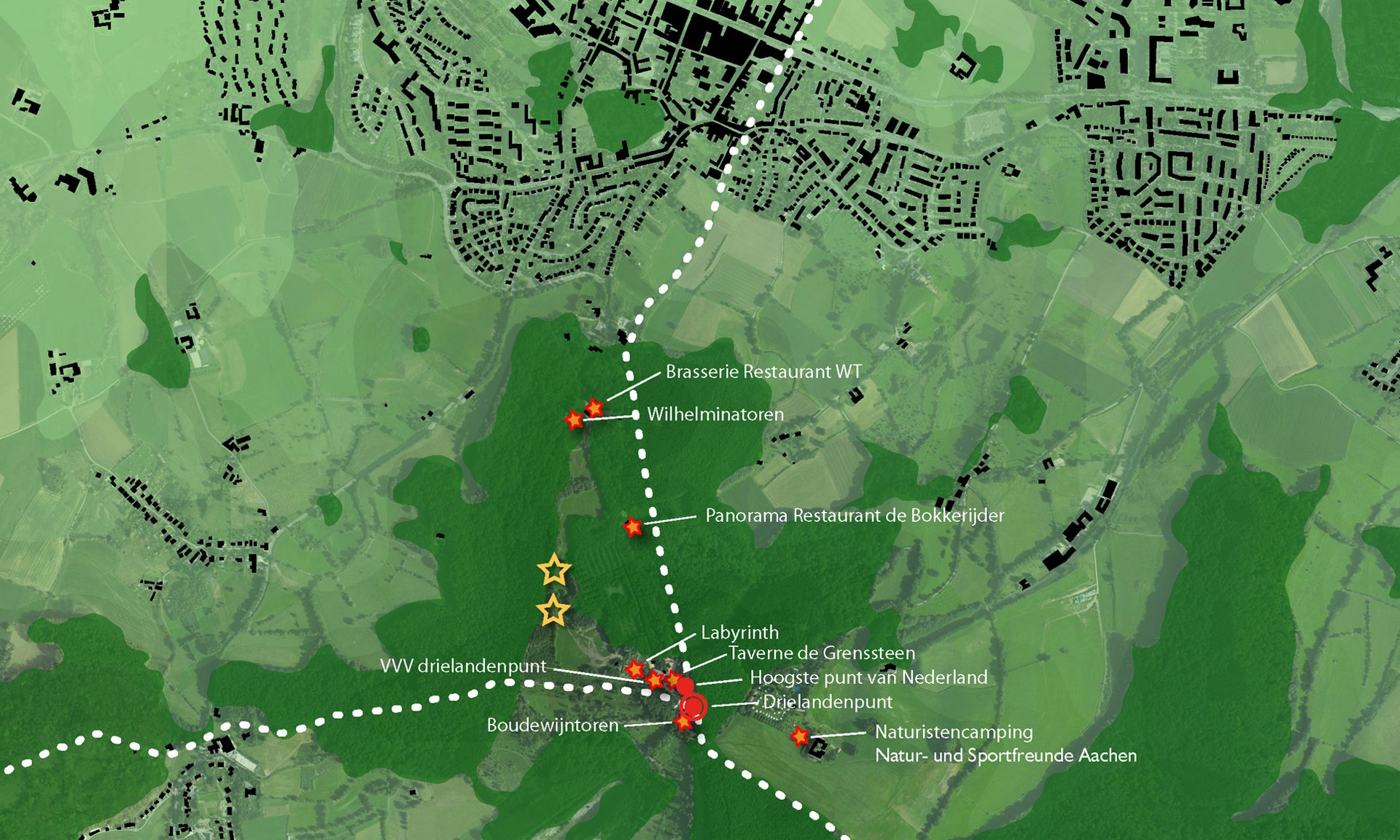 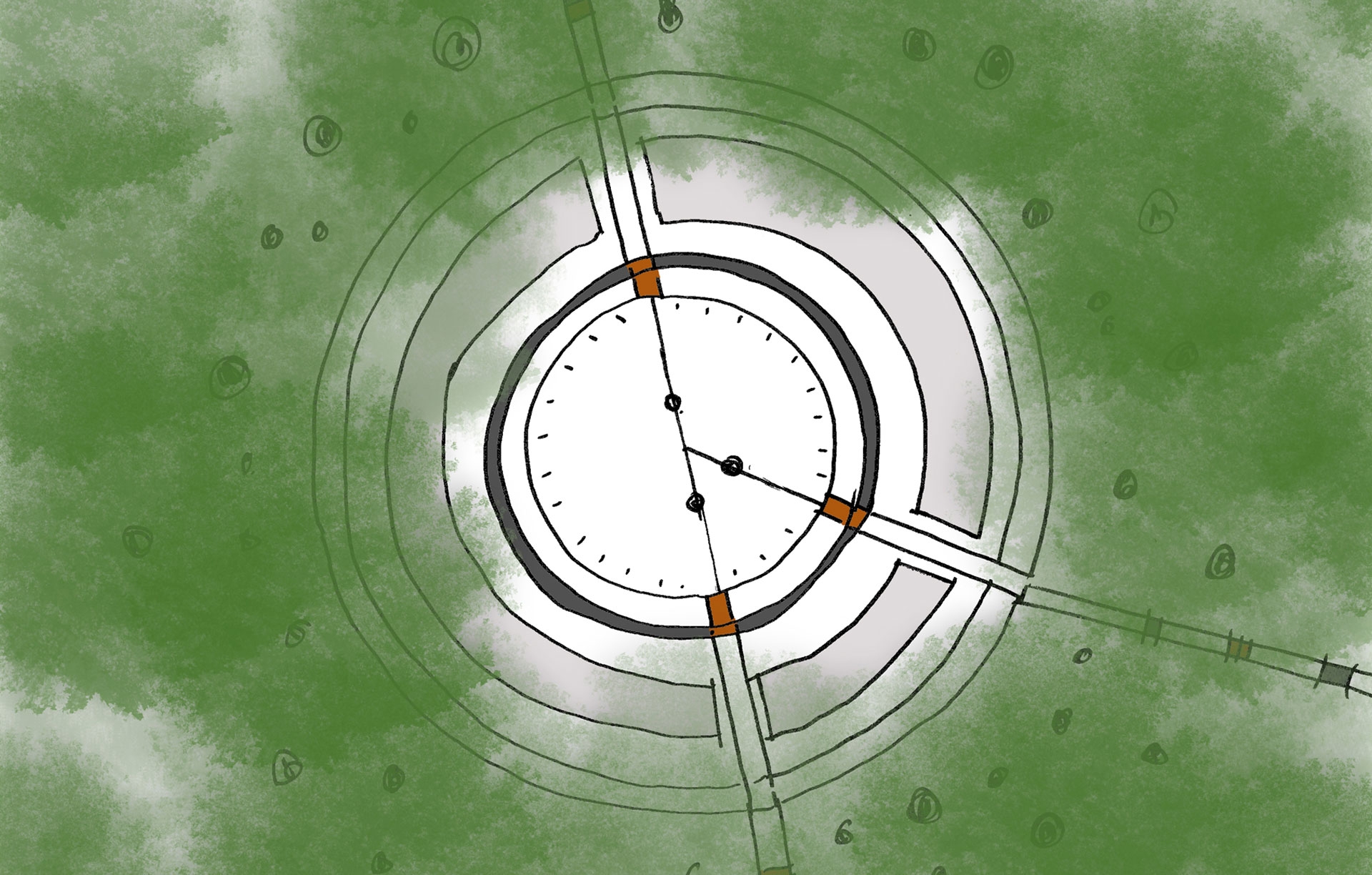 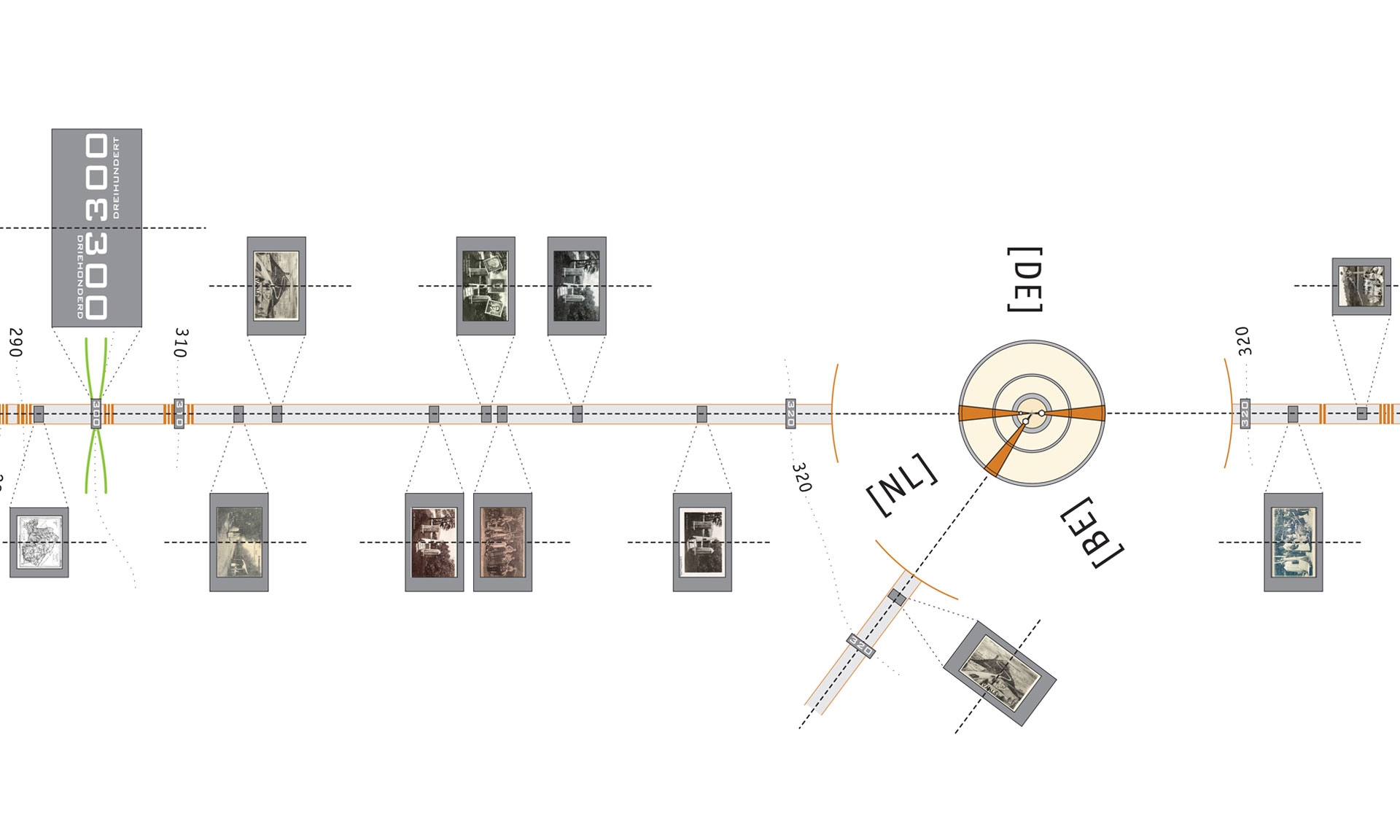