an urban entrance plaza for the Floriade and the town

With Venlo having been selected for Floriade 2012 the Municipality of Venlo aspired to strengthen Stationsplein at the edge of Venlo's shopping area, as an entrance to the World Exhibition and in more of a general sense, to the town.
In 2011 MTD landschapsarchitecten was commissioned by the municipality to draw up a structural concept and development plan for Stationsplein and the bus terminus. The aim of the plan was to improve the habitational and visual quality of the plaza as well as the routing across the square to the bus terminus and the town. An important factor here was to reposition Koninginnensingel / Burgemeester van Rijnsingel / Kaldenkerkerweg below the surface level, and in so doing Koninginneplein largely became restricted to traffic. The limiting conditions were the relocation of the bus terminus to the southern side of the plaza, which had previously stood directly in front of the station building, as well as the positioning of a kiss & ride facility and a taxi rank at the square. An aspect considered to be of vital importance was to preserve and bolster the culture historical values of the station building, which was designed by Koen van der Gaast in 1958.

The primary concern of the structural concept and development plan for Stationsplein  was the rehabilitation of the station building. The plaza design is aimed at complementing the visual and functional relationships between the station building and the plaza. The lines of sight on prominent elements of this typical reconstruction building, like the large canopy and the station tower which was common at that time, have been strengthened. The small landing and stairs that were present, were relocated in the direction of the plaza. The plaza was then designed as far as possible to create a single expanse of plaza paving, connecting to the inner city and materialised in baked clinkers and natural stone. A seven-trunked Caucasian walnut (Pterocarya fraxinifolia) in a raised tree island, surrounded by sturdy bands of natural stone, projects the size and scale and an echo of the Floriade at the plaza. Two enormous wooden benches and three lighting columns with spots provide the square with the desired stature and attraction to meet up with and to be with others. Driving through the plaza is possible by means of a simple circular road which facilitates a kiss & ride and a taxi rank.
The second aim of the design was restricting the plaza in respect of the bus terminus. For this purpose new roofing has been positioned at right angles to the station building, which characterises a contemporary architectural reference to Van der Gaast's building.
Aside from a spatial articulation of the plaza, the roofing also provides cover against the wind and rain for passengers waiting at the bus terminus, and accommodates an information point, catering establishment and a flower shop. The roofing is made out of wood, steel and zinc.
With the realisation of the plans the plaza has been given an enormous facelift and forms the renewed, high-grade gateway and calling card for Venlo. At the time of Floriade 2012, Stationsplein boasted prominent significance as a transfer location for passengers and an invitation to visit the inner city. 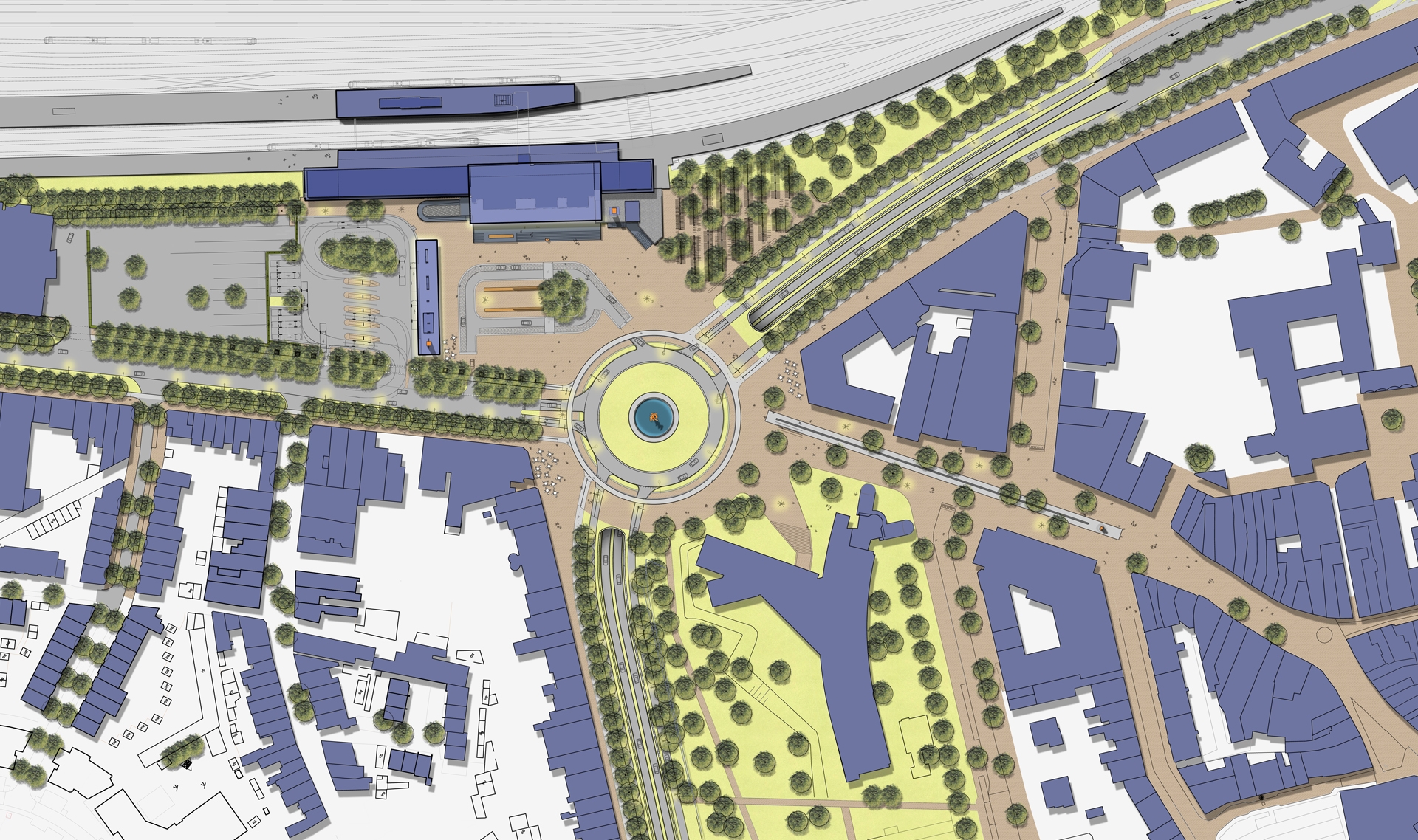 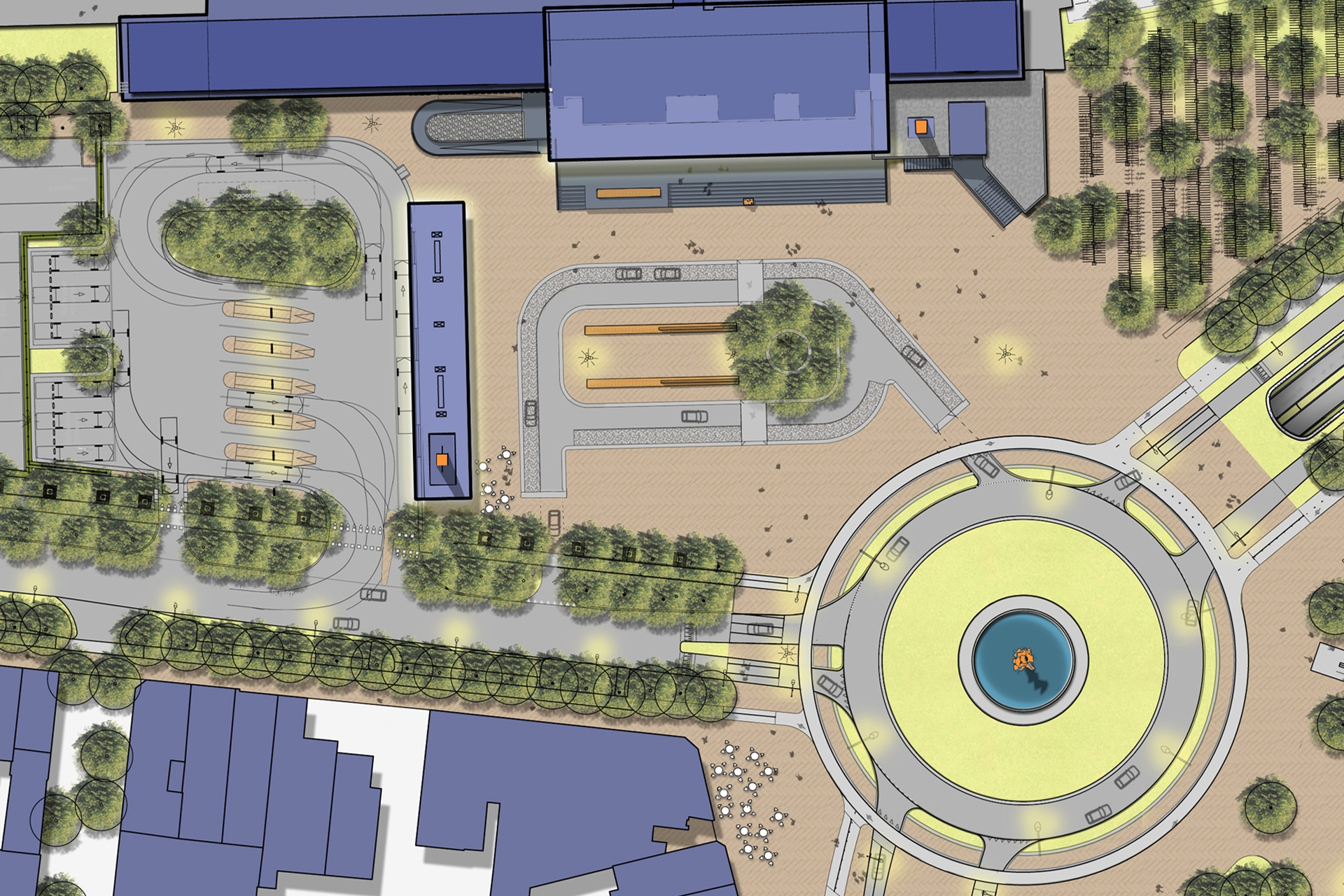