a World Exhibition in a world class city

Since 2008 the Municipality of Amsterdam has harboured the aspiration to bring horticulture back into the city, and in so doing, to conjoin food production and the city dweller closer to each other again. This aspiration is interpreted in a bid for the organising of the world garden exhibition Floriade in 2022. With the plans as presented in the bid, Amsterdam could play a key role in the global food challenge, able to offer solutions for intensive, multiple use of space and to conjoin city dwellers and the youth of today with the horticulture sector. In 2011 MTD landschapsarchitecten was commissioned for the drawing up of a spatial design of the Floriade, the designing of the bid book and for participation in the open planning process.

design
Where it concerns Amsterdam, the Floriade 2022 will be given a new style; it will not have grounds that are closed off with a single entrance, but it will be an event that is embedded in the existing city and makes use of the urban amenities and infrastructure. The design is not a fully elaborated final picture, but a spatial framework for a development process and an open planning process from now until 2022. From now on a start can be made with the adding of (urban)horticulture in the public space, at the undeveloped sites, and in vacant office buildings in the South-east. Furthermore, in the forthcoming decade new public space will be added to the region: the tunnel roof of the A9/Gaasperdammerweg. This strip, which is 3 km long and 80 m wide, will be used to augment the coherence between the suburbs of Bijlmermeer and Gaasperdam and provides space for an urban horticulture park. The spatial basis for the Floriade is a route in which the start and finish coalesce with one another. This route links up a foursome of thematic fields; the ‘City’ field with the ArenA boulevard and the South-east shopping centre, the ‘Park’ field with the Bijlmerpark, the ‘New Land’ field at the future roof deck of the A9, and finally the ‘Business’ field of Amstel III. The places where two fields meet each other are marked by icons; the existing ArenA and Bijlmerpark theatre, as well as the Vertical and Horizontal Greenhouse which is still to be realised. The lodged spatial framework leaves ample room for making the horticulture visible and liveable in the city; to generate new collaborations and to give the housing environment a quality boost up to and long after the show in 2022. 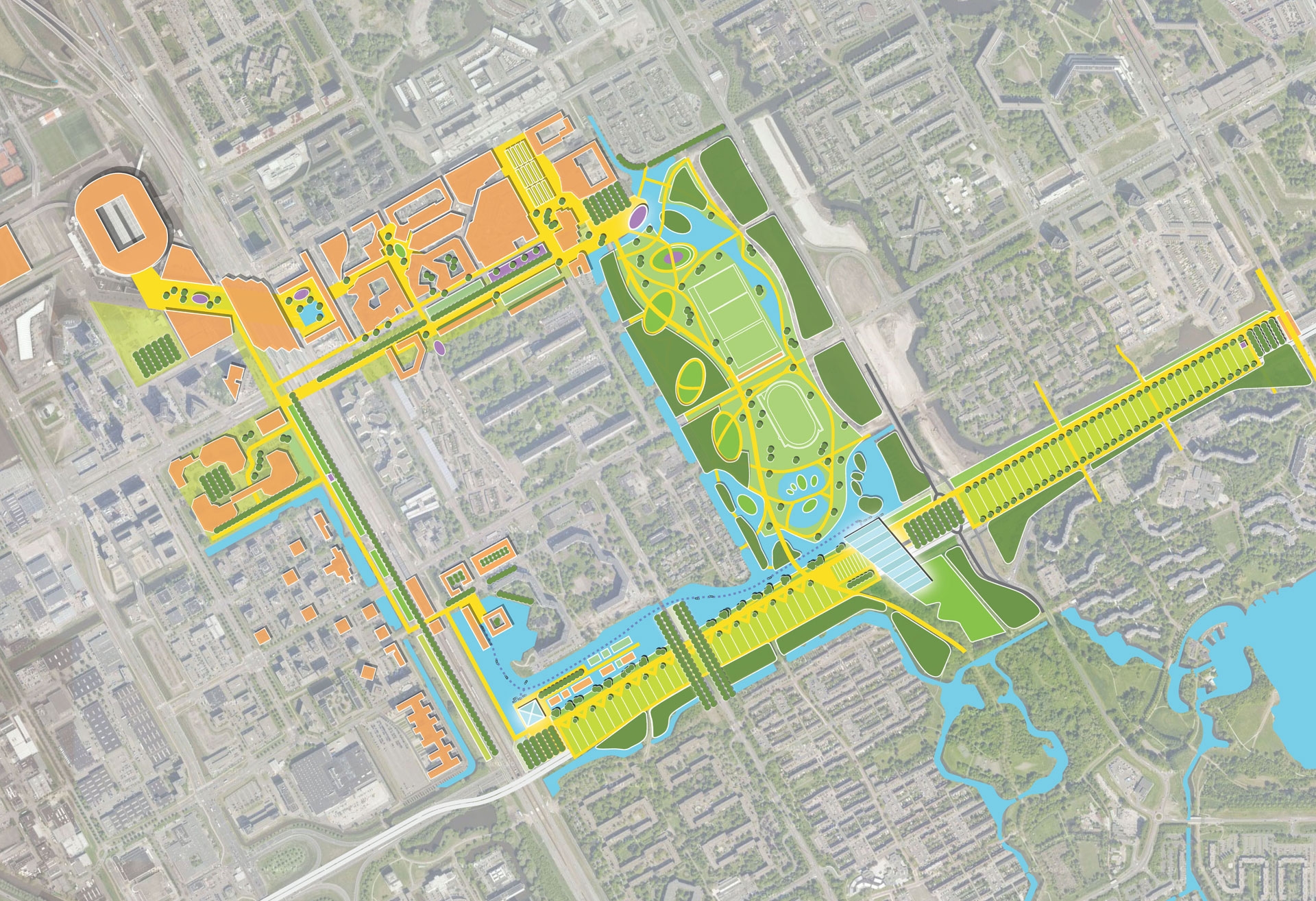 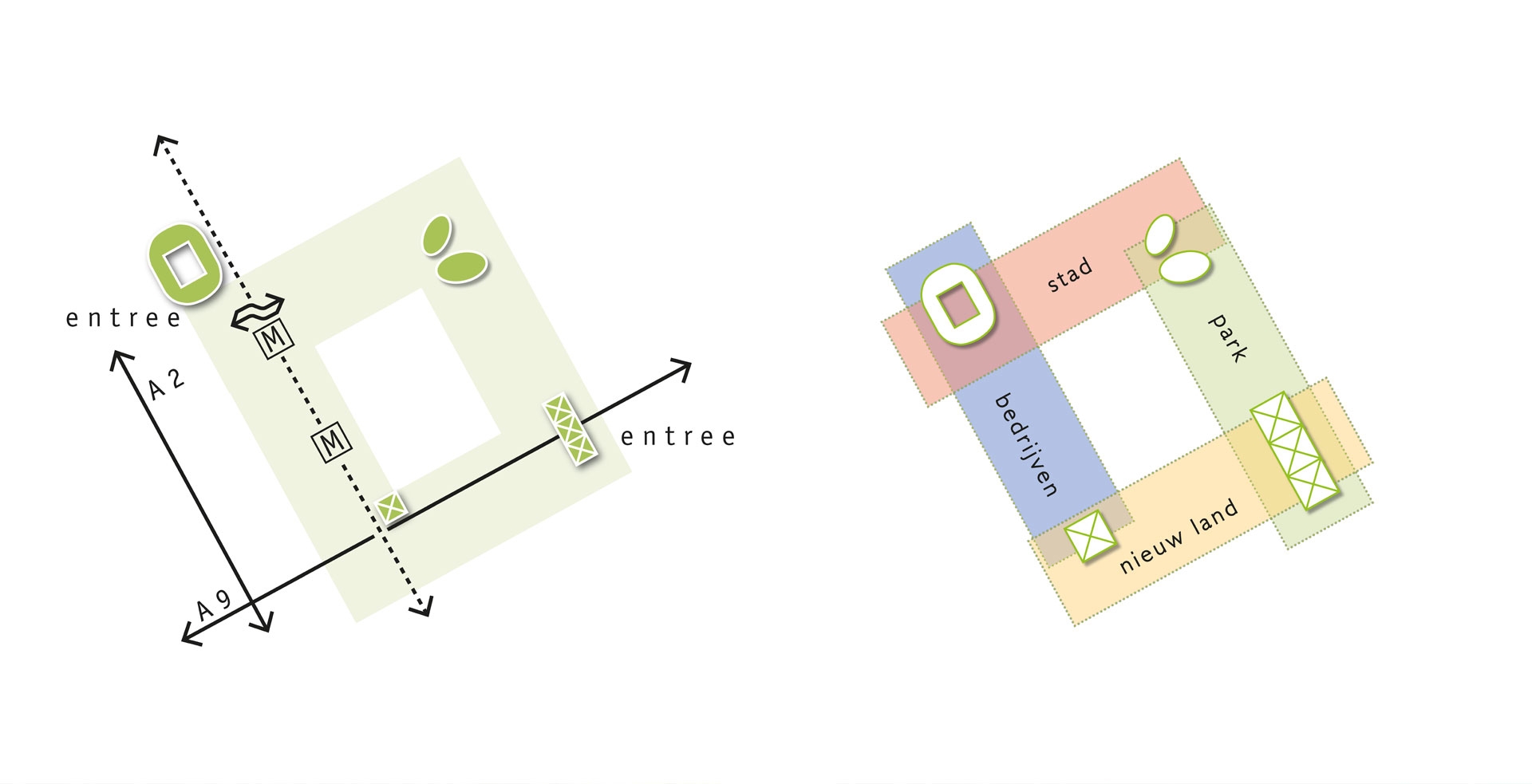 concept schema
Cookie Consent
This website uses cookies to improve the site, match ads to your interests and integrate with social media possible. This makes the site more user-friendly and provides you with better service. If you want to allow cookies you can change your settings.
More information is available in our Cookie Statement . If you want to use the full functionality of this website click Accept cookies.