businesses in a dune landscape

In 2007, on the Port Authority of Rotterdam's initiative, a limited competition was held for the development of the d’Arcyweg area at Europoort Rotterdam accommodating BP's new head offices and a transfer point for haulage trucks. In the second instance the latter part of the schedule was changed into high-grade businesses. Being positioned along the N15, which the main arterial Europoort route, the location is potentially an ultimate high-profile location. The aspiration within the limiting conditions, which included the risk contour of the adjacent BP refinery, a high-voltage grid route and a piping strip, was to develop a framework for the landscaping and urban design for the commercial infill of the area; an urban design framework which would serve as a basis for the architectural elaboration plans. Urban planning, landscaping and architecture must boost and ‘embrace’ each other within the plans. The design by MTD landschapsarchitecten, which introduces a dune landscape as a surprising new image carrier for the area, was eventually selected to achieve this.

the design
Historically speaking the d’Arcyweg area is situated in what used to be the transition from the mainland to the North Sea. In the present situation it lies in the transition from the ‘old land’ to the harbour area; from natural to industrial activity. From this area there is a direct visual relationship with the landscape of Voorne-Putten situated on the opposite bank of the Hartel canal. This unique natural positioning has served as a paramount starting point in the plans for the layout of the area as a dune landscape; the entire schedule is organized within a single dune. The dune will be planted with various plants which includes breachgrass (genus Ammophila) and Buckthorn; vegetation which is naturally present in a dune area. In this way a unique natural image quality will come about for the commercial schedule.

The commercial schedule will be arranged in the seclusion of the organically shaped dune in a series of special business premises, which face the N15 on the northern side. This is where the access, the parking and the entrances to the seven business premises will be arranged. On the Hartel canal side a more scenic image will be created; here the dune is determinative and the buildings will only tower above the dune at a single point.
In an urban design and architectural sense limiting conditions for the individual business premises have been formulated within the plans, in which an atrium or lightwell guarantees the desired light penetration. 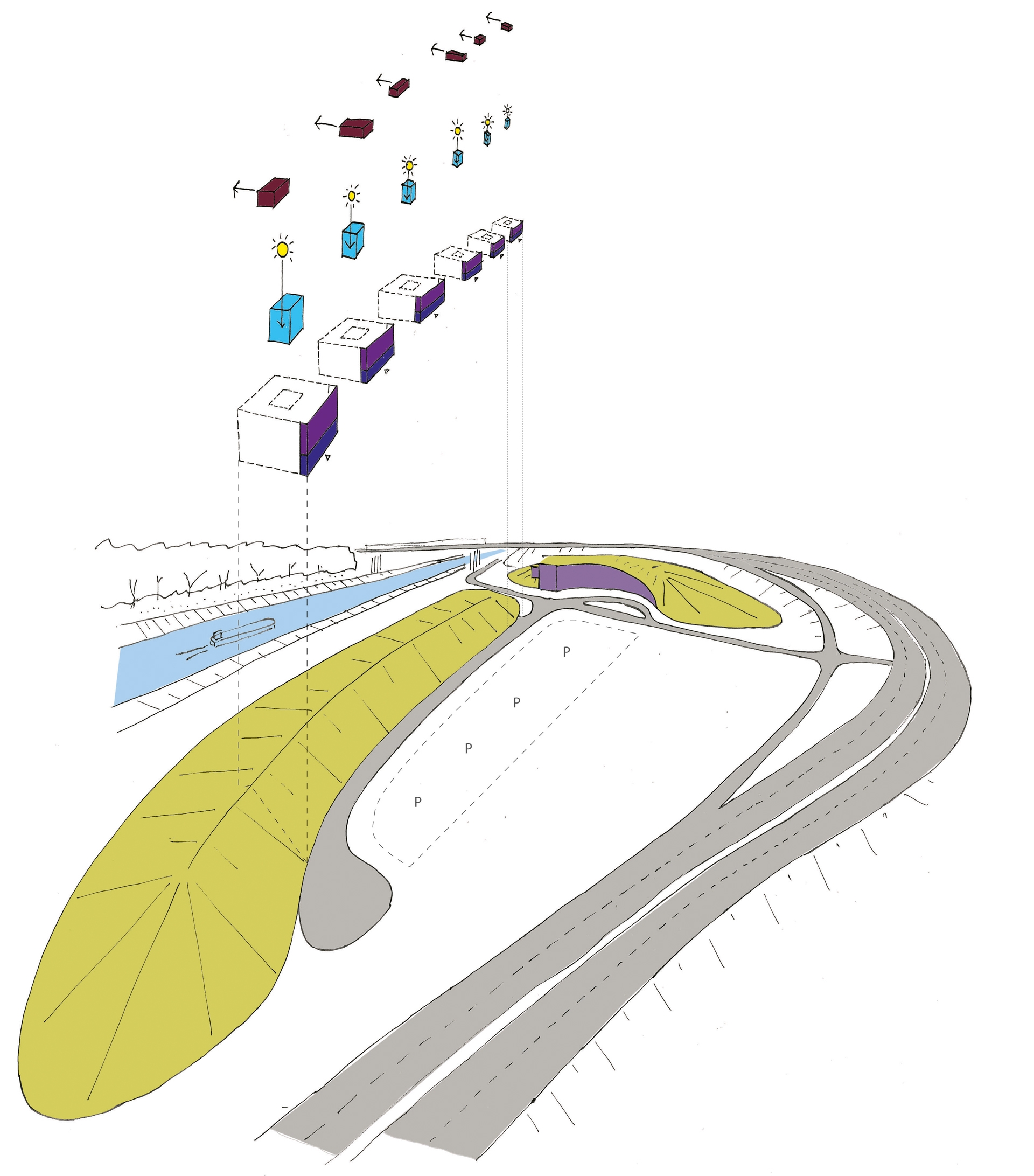