After the completion of the redevelopment of the inner city in 2002 (MTD landschapsarchitecten), and because of the disappearance of the cattle market in the inner city of Purmerend, there was a need to redevelop the Koemarkt and to breathe new life into it. The important starting points for the design were to pedestrianise it and to give it new purpose as a dynamic city square for cafés and restaurants as well as the weekly market. On the basis of a European tender procedure, five parties were selected to draw up a design for the square at the beginning of 2008. This selection procedure, which included an input from both the residents of Purmerend as well as a specially appointed committee, finally chose the design by MTD landschapsarchitecten at the end of 2008.

the design
The first strategic objective for the Koemarkt was to keep the actual space in the square away from the walls. In the zone around it, directly bordering the façades, there is a pronounced stone plinth, which offers space to the winter terraces.
The second objective provided for by the plans was to create a maximum amount of space at the actual square. The space in the square is surrounded by a double row of trees; the lime trees that were already present were reused for this. They give the square dimension and scale; the leafy roof provides the desired seclusion and altercation of shade and light. Corresponding to the trees and along the edges of the square the cast iron gates that determine the current image will be brought back. The signboards that ever indicated the places of the various livestock traders, reflect the names of the catering establishments and mark out the terraces.

A third strategic objective of the design was for the square to express a ‘head’ and a ‘torso’. The ‘head’ is perceived as a counterpart to the Kaasmarkt (cheese market), with a more formal appearance and stature; it has been achieved by removing a single row of lime trees. The ‘head’ is given stature by way of the work of art by Hans Kuypers which is about 5.0 metres tall and provides a contemporary reference to the former use of the square as a cattle market. The special character of this part of the Koemarkt is emphasized by the steel lighting columns which are 11.0 metres tall, and the little water spouts in the flooring of the square.

The ‘torso’ of the square is mainly perceived as a large open area; this provides space for the summer terraces between the trees, the weekly market, the funfair, music events and an ice rink during the winter. On both sides of this section of the square the historical names are engraved in the flooring; ‘Ossenmarckt’ (cattle market) and ‘Beestenmarkt’ (livestock market). This fine detail also makes the historical stratification of the place tangible. 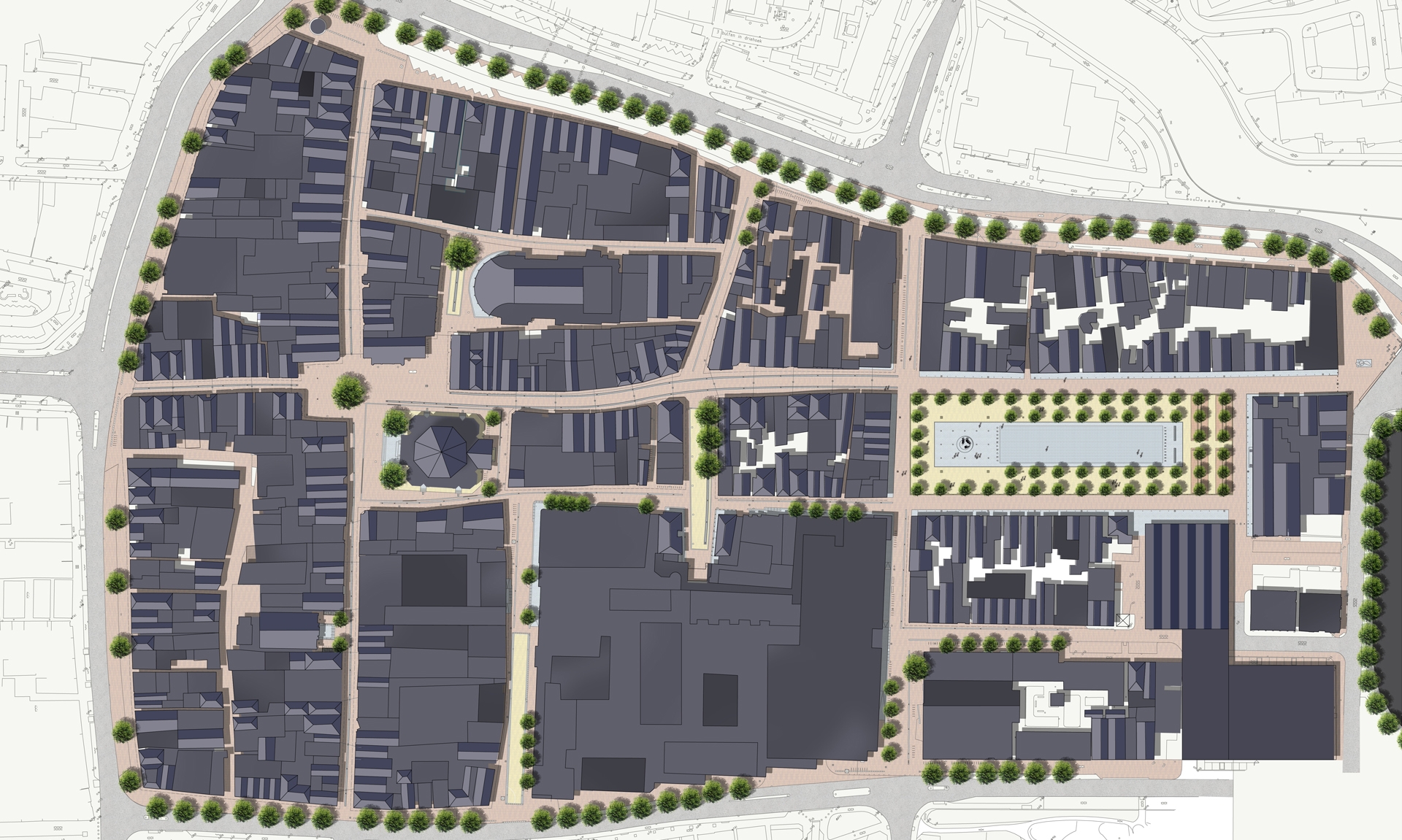 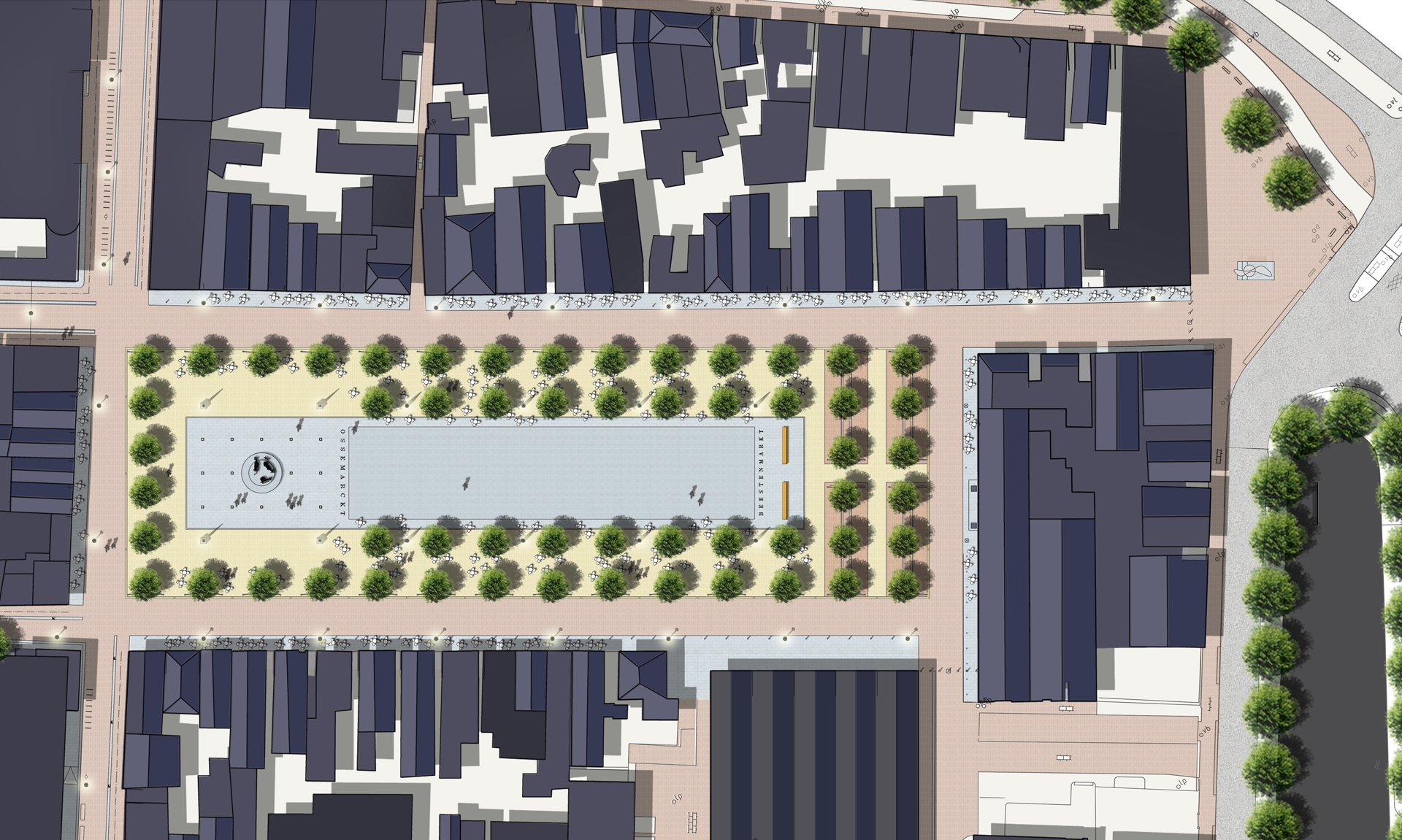 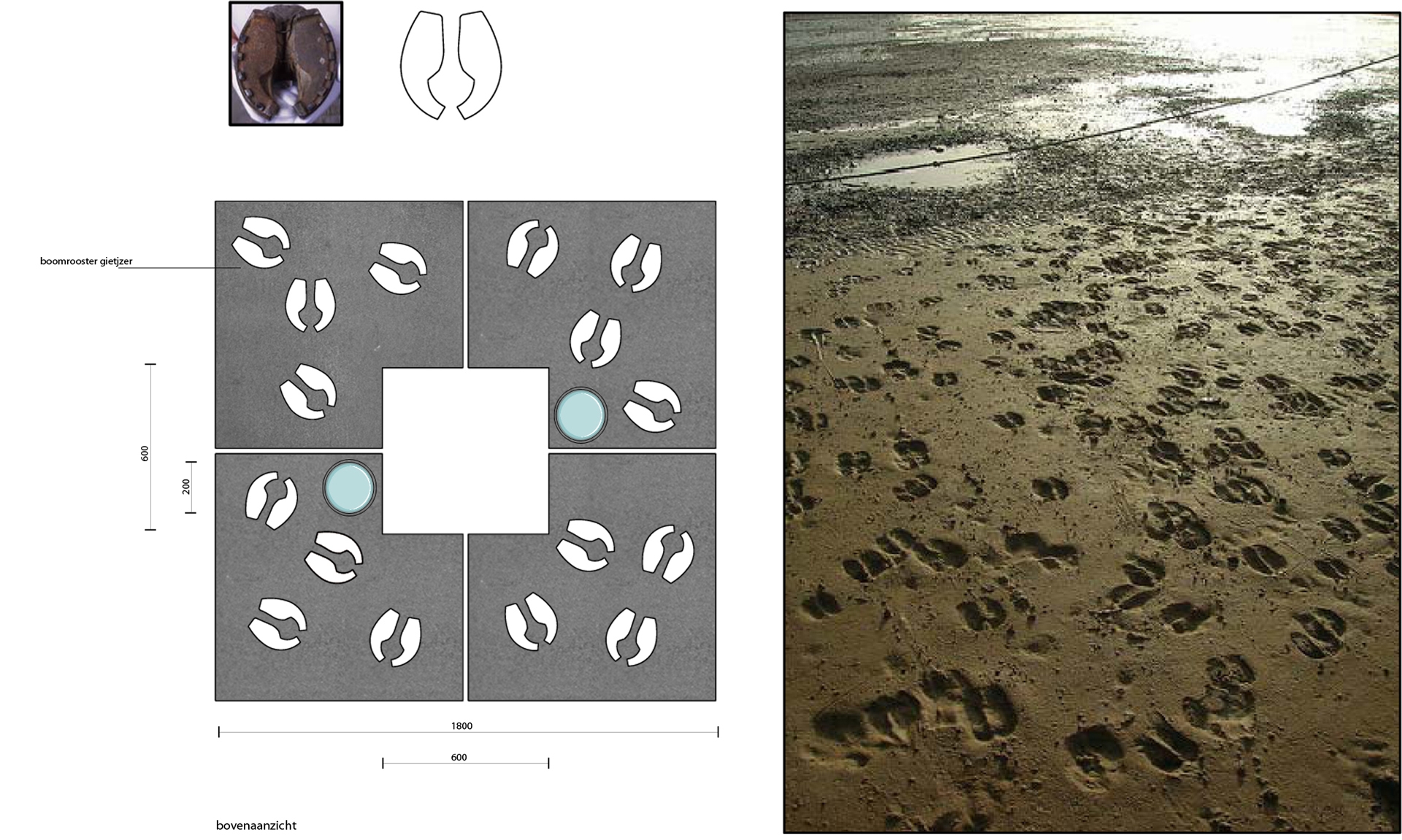 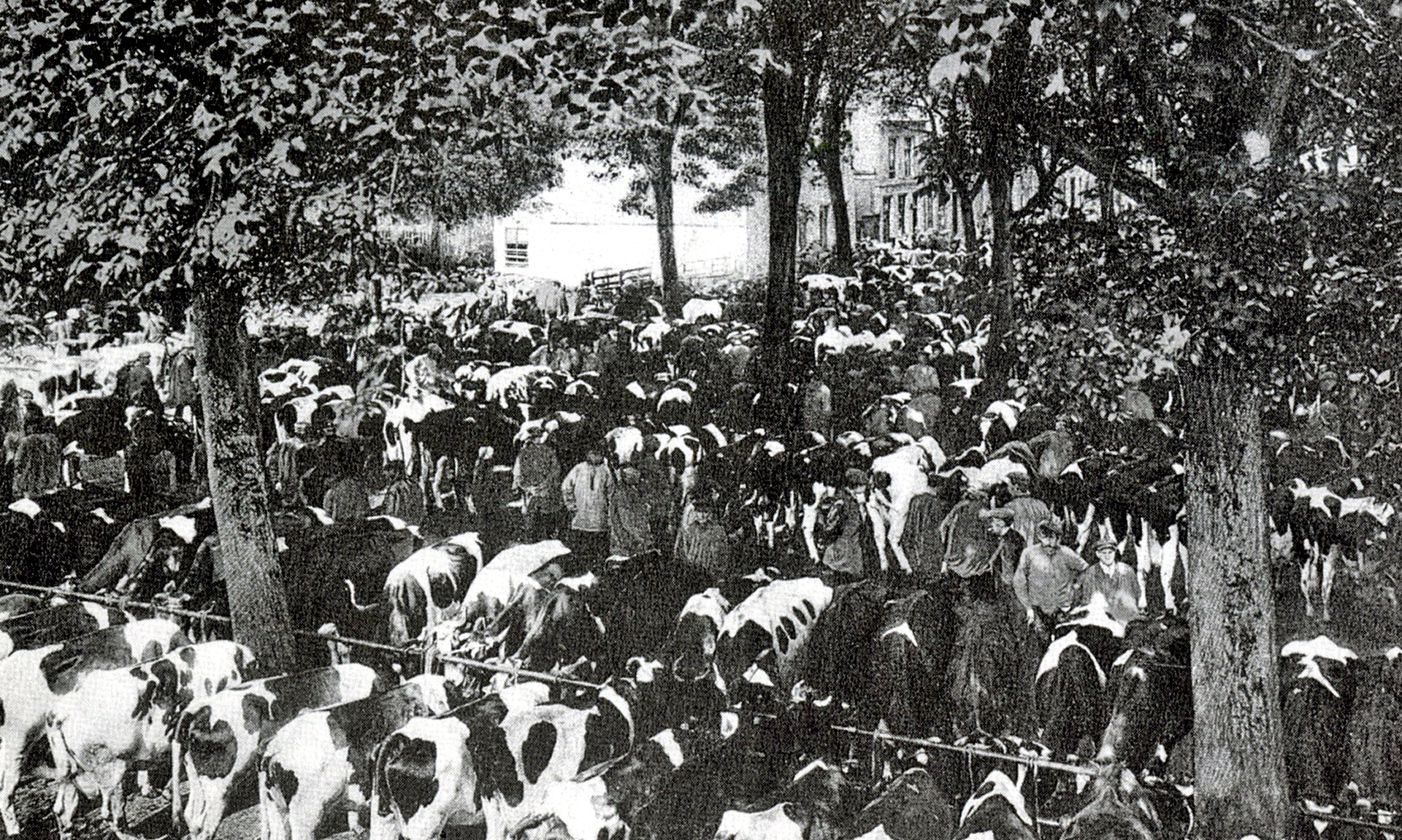