In 2004 the Municipality of Duiven held a limited competition for the development of an urban design sketch and an image quality plan for a new housing area on the northern side of Duiven; de Ploen. The river dune landscape was proffered as the target image for the architecture of the residences and the layout of the public space, in which natural heights in the river area, also known as donks (Pleistocene dune overlain by peat or clay), are occupied by people and transformed into a housing area.
The main objective of the assignment was to develop a new housing suburb with a recognizable and coherent spatial image, within which the individual residential enclaves would differentiate themselves by way of an own identity. MTD landschapsarchitecten eventually clinched the assignment in combination with Trebbe Bouw and DAAD architecten, on the basis of a landscaping concept for village-like living, inspired by the culture-historical occupation pattern of the donks.

the design
The first strategic aim of the urban development plan and image quality plan concerns the access road into the suburb; in order to boost the individuality of the separate residential enclaves, the choice was made for a route through the open, lower-lying area between the donks. The individual donks are then accessed from this central access road, in which the relief of about 1.5 metres which was introduced in the landscape, becomes perceptible.
The second strategic aim is the radial structure of the individual donks with a centrally situated village green; a small triangular-shaped square of grass with a number of impressive trees. The green is the most prominent spot of the individual donks and is a point of convergence for activities.
Around the green the residences are arranged in an orderly fashion with their fronts facing the small square and connected to it via semi-paved rebates. The transition from the green to outside is also strengthened through a combination of using the height difference that has been introduced, the housing differentiation, the roofing plan, and the layout of the public space. Here the height difference has been designed on two levels; the level of the green and the compact housing construction arranged around it, and a lower level which contains a circle of more individual housing. The transition between both levels is marked by a 'back road'. Hedges form the transition from the individual donks to the surrounding landscape.

The third strategic aim of the plans was to boost the own identity of the individual donks; amongst other things this is reflected in subtle differences in architecture and the use of materials of the housing, as well as in a different assortment of trees on the centrally situated village greens.
In a landscaping and urban design sense a strongly coherent housing area comes about, in which the individual donks differentiate themselves by way of an own identity. 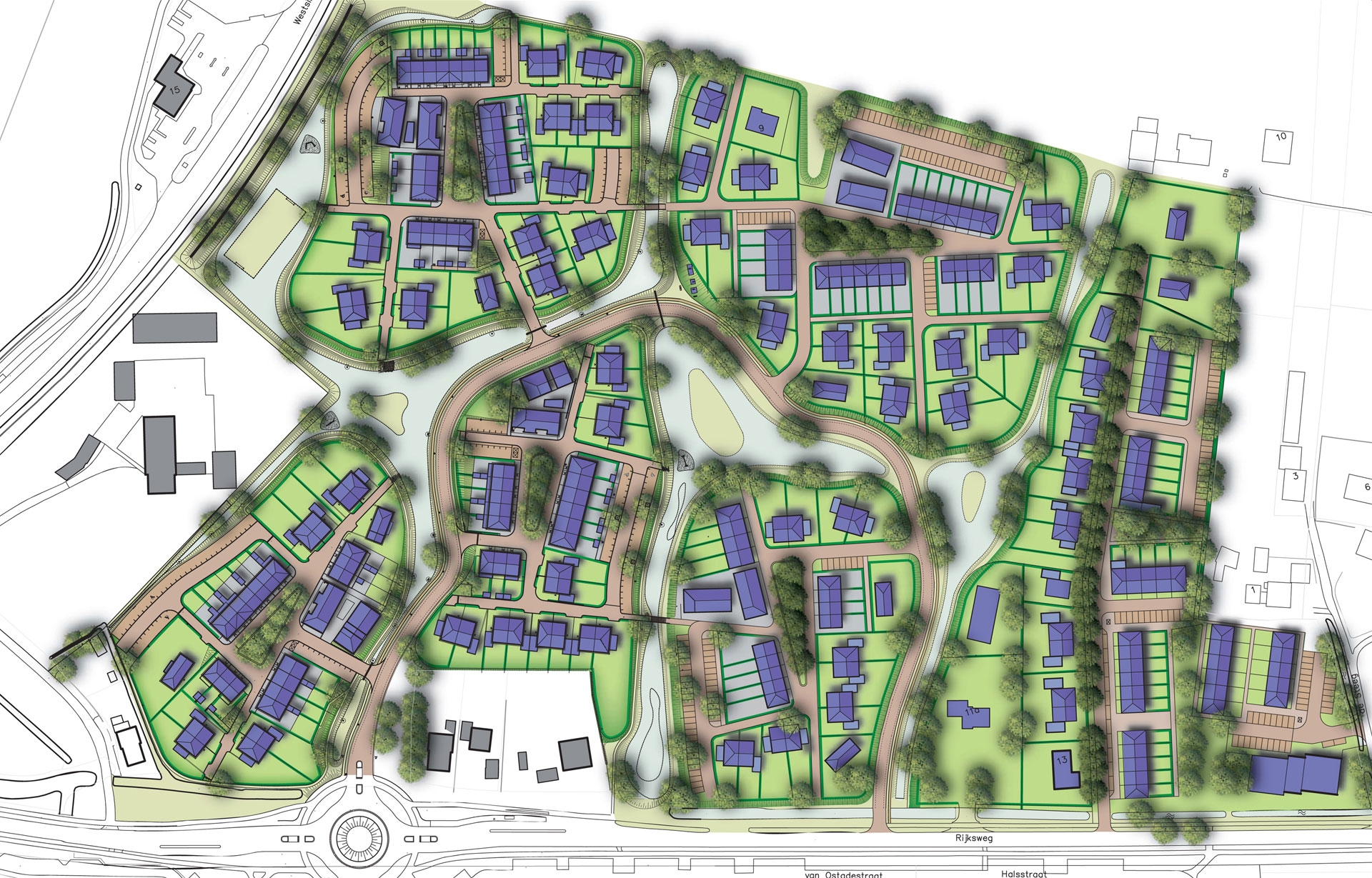 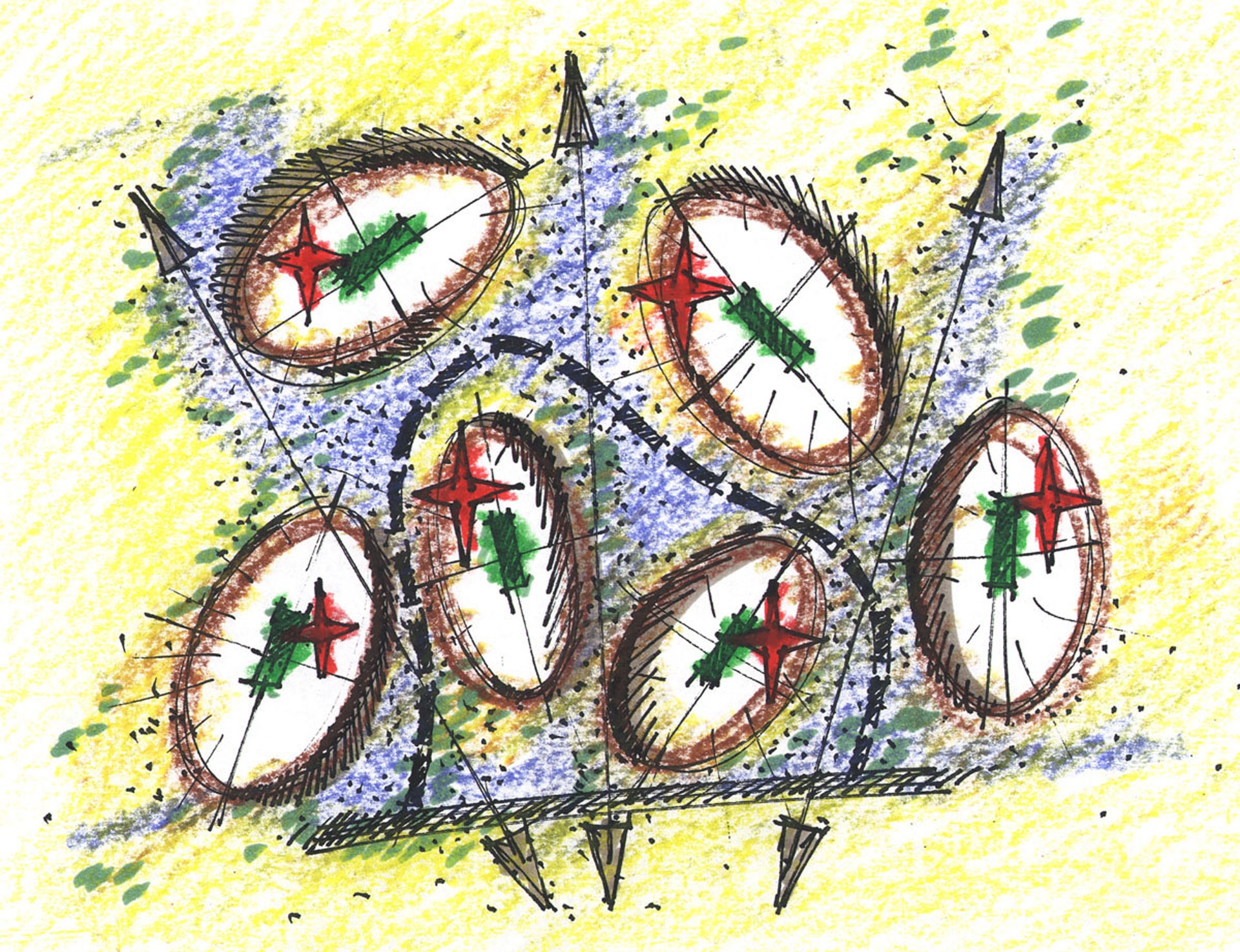 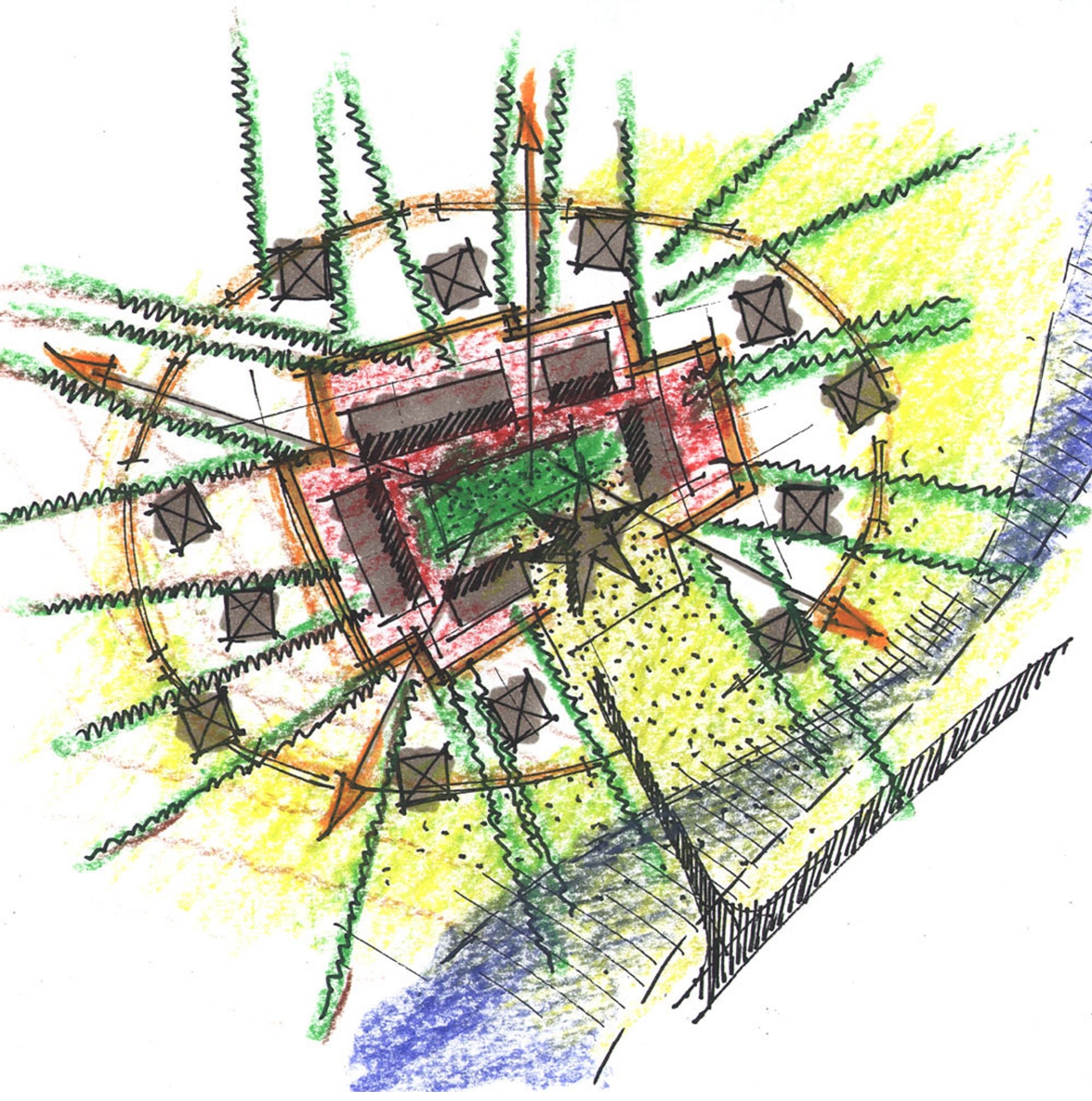 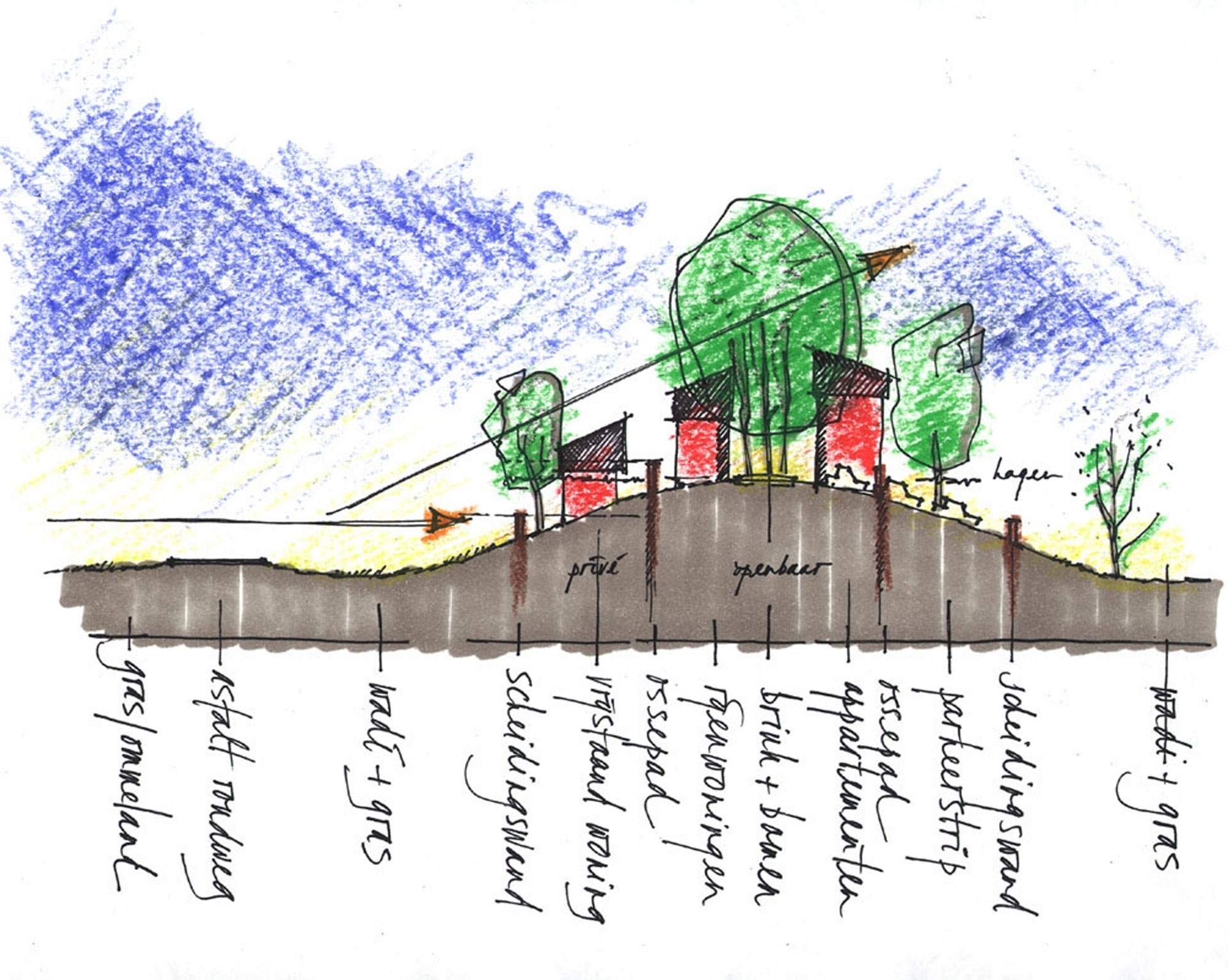 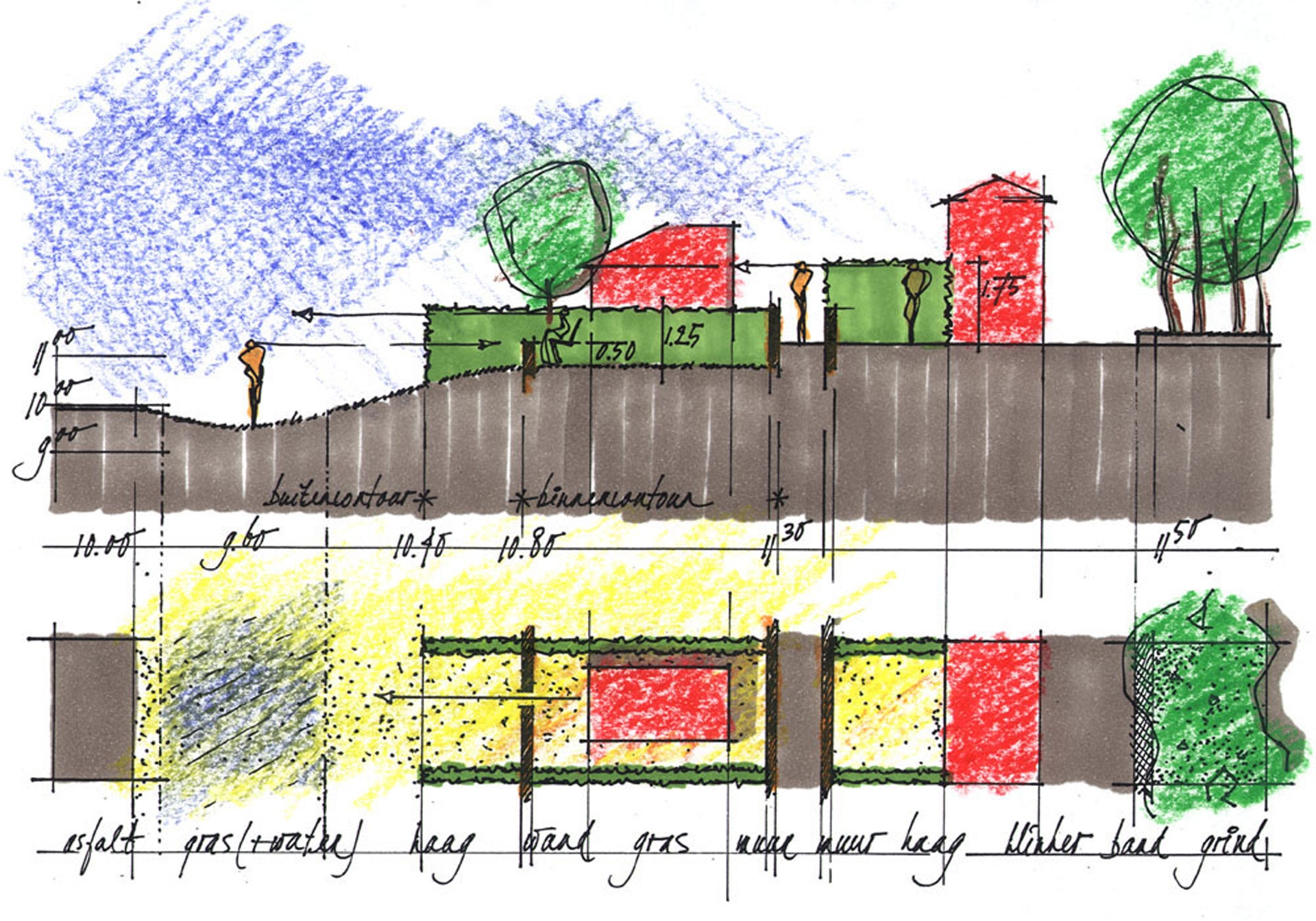