The Bouvigne country estate lies at the transition of the stream valley from Mark to Mastbos, in the southern urban outskirts of Breda. The country estate has significant landscaping, cultural and historical, ecological and recreative values. Some of the Brabant Delta Water Board offices have been accommodated here since 1971. Bouvigne was selected by the Water Board in 2002 as the location for its new head offices, based on a design by Claus & Kaan Architects.

The first strategic objective of the plan was to restore the two square blocks of double rows of oak trees, which originally determined the country estate. The first square block which is where the historical small castle and the French, English and German gardens are located, was given a representative significance; the second block, which was originally the vegetable garden and orchard, was given more of a utilitarian purpose.

In the first block the water surrounding the ornamental gardens has been restored in all its glory; hence the small castle is explicitly oriented towards its environment. Furthermore, a system of bridges takes care of the relationship with this environment and marks two historical axes; the east-west axis from the chapel via the English and French gardens and the gatehouse to the Mastbos [woods], as well as the north-south axis from the small castle in the direction of the second block.
In the second block an orthogonal planting schedule of walnut trees has been introduced, which refers to the original orchard.
The second strategic intervention in the revitalisation plan is the positioning of the Water Board's new head offices as an element between both square blocks, in a direction perpendicular to the stream valley. Its monolithic shape and unobtrusive architecture emphatically cause it to be separated from the historic small castle. This is reconnected again by way of the north-south axis. Yet the binding theme for both is their positioning in the water.

The layout of the immediate vicinity of the new construction is rather plain and is determined by a stretched out parking area in the same direction as the building; the parked vehicles are arranged as such that they all point in the same direction.
The restored orthogonally-shaped main structure of the country estate enhances the contrast with the natural meandering and openness of the Markdal (stream valley) and gives new meaning to the identity of the country estate ‘in splendid isolation’. 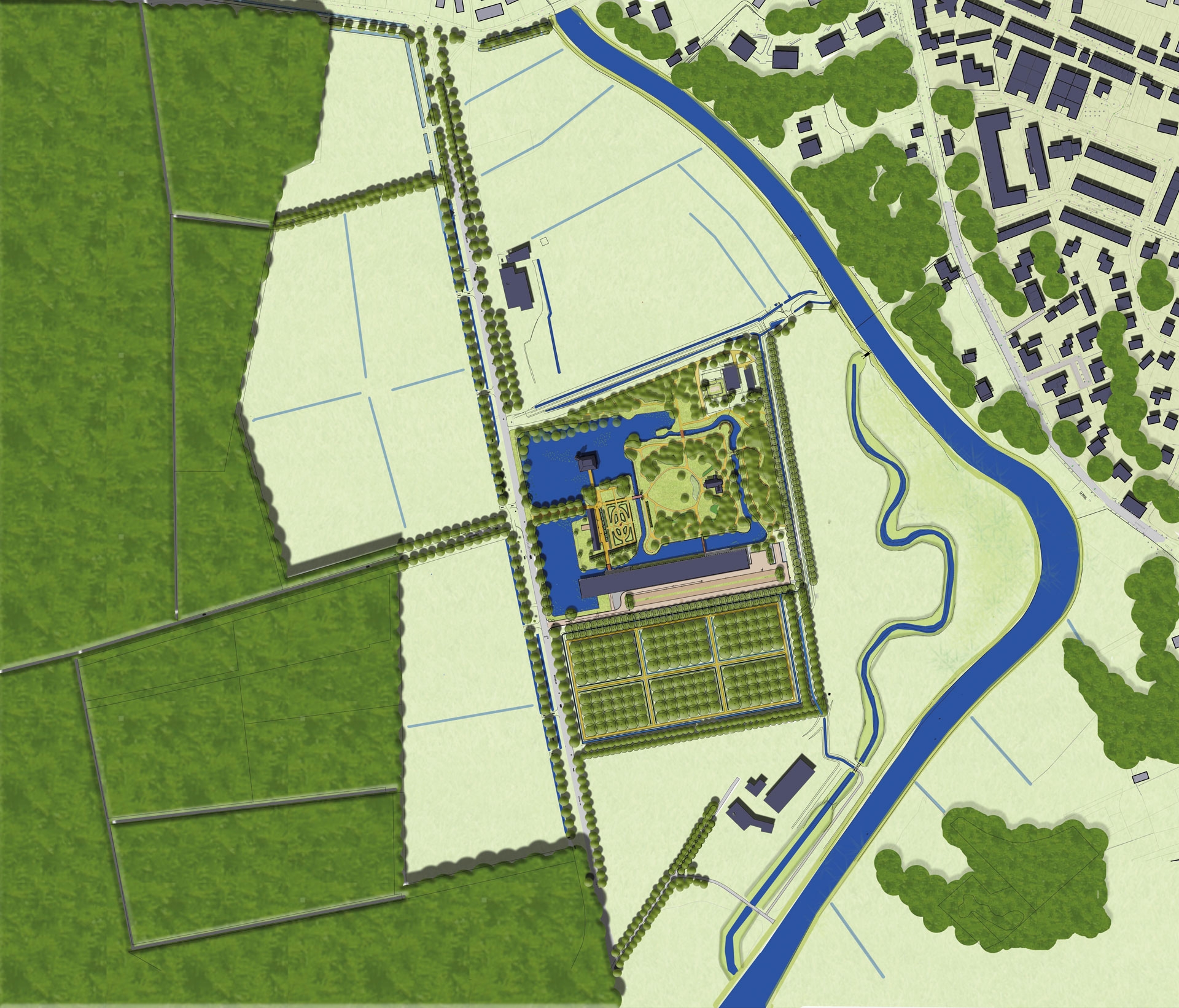