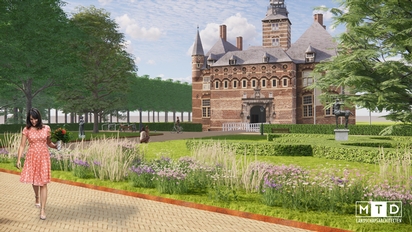 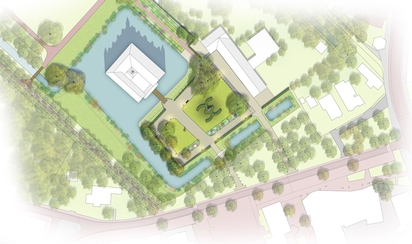 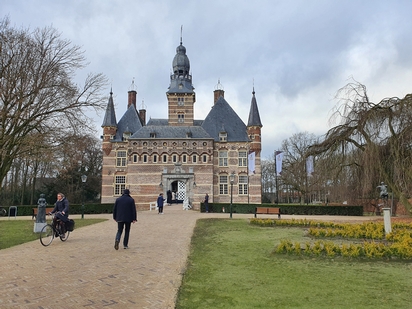 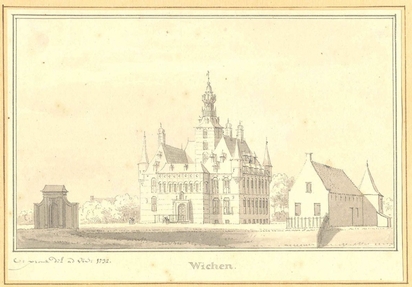 The castle of Wijchen is open to the public again after a year and a half of renovation. The courtyard has been covered over, the cellar has been made accessible and almost all rooms have been given a new stylish design. On February 27, 2022, the museum, which is housed in the castle, will open its doors again. With this renovation, the forecourt of the castle has also been redesigned by MTD Landscape Architects.

The castle's history probably dates back to sometime in the mid-14th century when it was established. The daughter of William of Orange; Emilia van Nassau lived there until her death with her beloved Don Emanuel of Portugal. Many families have owned the castle and the castle has been destroyed and rebuilt several times.

In addition to the current renovation of the castle, the front garden has also been renovated. The design of the front garden is based on the cultural-historical past by making subtle use of the characteristic elements from the different time layers. For example, the trees and the yew hedge around the square have been preserved and the central access path has been restored; the characteristic double 'E' (a memory of Emilia and Emanuel, which can also be found in the wall anchors of the castle) has been refitted and existing and new works of art have been given a place in the garden. Furthermore, the garden gets a more green look by adding lawn and a strip of flowering perennials in castle style.

From now on, the castle and castle garden are once again the 'gem' in the center of Wijchen and thus connect with the previously redesigned public space in the center for which MTD made the design in 2008.