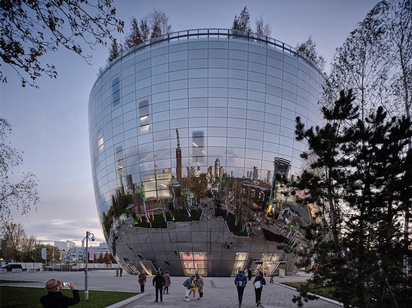 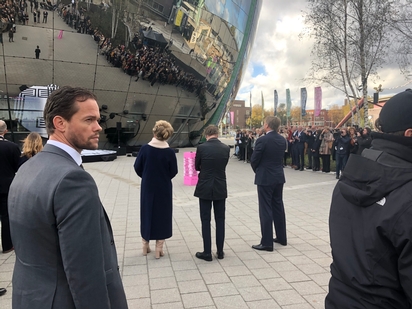 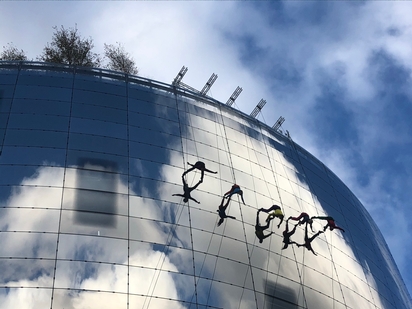 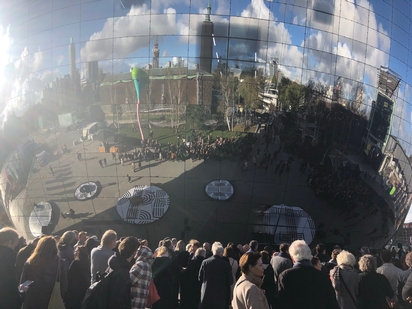 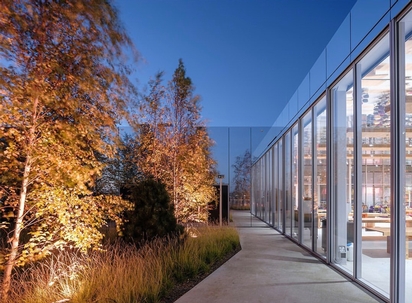 The new art depot of the Museum Boijmans van Beuningen in Rotterdam, also known as the Depot, was opened by King Willem Alexander on 5 November 2021. The 40-meter high mirror glass 'pot', which the architectural firm MVRDV has landed in the Rotterdam Museum Park – costs: 91 million euros – is an eye-catcher in several respects: an icon, a building that offers a new perspective on art and art collecting, and at the same time provides a spectacular image of the Rotterdam skyline, which is reflected in the facades in a distorted way.
The collection building is the world's first publicly accessible art depot with art objects, exhibition spaces, a sculpture garden and last but not least a restaurant and roof forest.
MTD landscape architects signed in collaboration with MVRDV for the design of the rooftop forest and the integration of the Depot in the Museum Park.
In order to spare the park as much as possible, MVRDV opted for the smallest possible footprint for the building and a compact round volume, covered with a mirrored glass facade that reflects the environment. The birches, pines and grasses on the roof give the iconic building a green crown and 'give back' the green surface it occupies to the city. The catering industry and the roof terrace give shape to a leafy place to stay on the roof, from which the metropolitan skyline of Rotterdam can be read.
On the ground level, a square-like space has been created with birches, pinus and grasses, which are reflected in the facade of the Depot. The natural stone pavement here seems to break open into a number of 'shards'. They are designed as raised planters with natural stone seating edges and wooden benches in which the trees are planted. This creates a sheltered and green place to stay and meet in the center of the city. The people determine the reflection in the walls of the building and the dynamics on the square. Rotterdam has gained a special building and public space!

The doors of the world's first publicly accessible art depot will be open from Saturday 6 November 2021. The Depot contains the entire collection of Museum Boijmans Van Beuningen, about 151,000 works of art and design. Visitors can take guided tours of the air-conditioned storage areas – alone or in groups – making the entire collection accessible at once. Unlike a museum building, where only a small percentage of the collection can be exhibited, the Depot is an engine room revealing the world behind the storage and maintenance of a staggering number of works of art and design. A visit to the Depot offers a whole new experience: the art is arranged by size and climate requirements, not by art historical periods. Old and contemporary works are juxtaposed and invite new connections.

On November 10, 2021, the Depot Boijmans Van Beuningen was named Public Building of the Year during the award ceremony of the Dutch architecture platform Architectenweb in Rotterdam. Winy Maas and Fokke Moerel of MVRDV were present at the ceremony and received the prize. At the award ceremony, the six-member jury praised the design's 'radical choices and a strong focus on innovation'. They describe it as 'a great solution to a complex problem', as well as 'an unmissable building' with 'a strong presence in the Museum Park'. The atrium is described as 'dynamic', with an 'exciting' transparency, while the roof terrace is called 'a successful public space'.