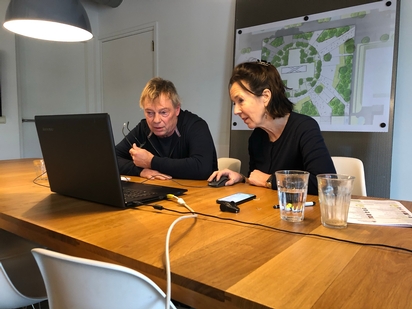 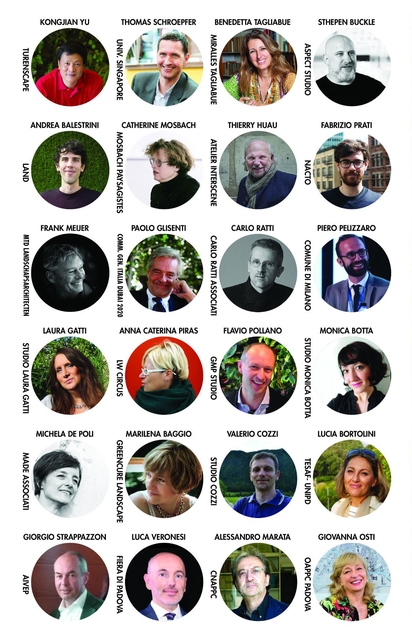 Frank Meijer gave a lecture today, December 1, 2020, at the Forum Internationale / Ecotech, an international conference organized annually by the Italian Paysage in collaboration with the Consiglio Nazionale Degli Architetti Pianificatori Paesaggisti e Conservatori. It normally takes place in Milan, but in the light of the COVID-19 measures, it took place virtually this year.
The lecture was about the innovative (re) introduction of the landscape in the city; about the meaning of layered ground levels in the light of enhancing sustainability, biodiversity and climate-adaptive qualitative qualities of the public space in our cities, under the title: "BACK IN TOWN, THE GREEN MACHINE".
Meijer found himself in good company, between speakers such as Stephen Buckle / Aspect Studios from Australia and Thierry Huau / Atelier Thierry Huau from Paris / France.

In a visual story, Meijer explained two recent high-profile projects of the office; the forest landscape of the Depot in Rotterdam and the canal in the Rampart zone in 's-Hertogenbosch, or' the green roof 'and' the blue roof '.

The design for the roof landscape and the surroundings of the Depot in Rotterdam, which has now been awarded the Rooftop Award 2020, focuses on an optimal integration of the building into its environment. The design, which was realized in close collaboration with MVRDV, introduces a special public meeting place on the roof of the Depot. The surroundings of the Depot, which still has to be realized, will soon add a green forest world to the historically valuable Museum Park and give the building its own identity. The spectacular mirrored facade reflects the green surroundings, making the visitor feel as if he is in a 'forest room'. The plan with a shard structure extends from the forecourt to the roof landscape that is 32 meters higher, so that ground level and roof form one robust forest landscape. The carefully positioned shards form raised planting areas, drainage lines and benches. The vegetation of Pinus nigra, Betula pendula and forest planting matches the climatic conditions of the place, as well as the roof landscape, and forms one coherent ecosystem.

In the Rampart zone / Zuiderpark in ’s-Hertogenbosch, a design by MTD landscape architects that was realized in the course of 2016, the introduction of an underground parking garage with approximately 1,000 new parking spaces will be combined with the return of the vesting canal. The design, which was created in close collaboration with Studio Leon Thier (parking garage), Van Roosmalen Van Gessel architects (city wall restoration) and the Planteam Heritage, initially focuses on the realization of an attractive connecting route from the new parking garage to the Bossche city center. and vice versa. In addition, the plan focuses in particular on the experience of the meeting of the historic city center and the open landscape of the Zuiderpark and the Bossche Broek. Coming up into the main stairwell of the parking garage, there is a dramatic view over the water on the city wall and Juda Tower. Then there is an attractive route, via a footbridge over the city canal, through the city wall, in the direction of the city center. In the other direction, the route forms a new connection with the Zuiderpark.