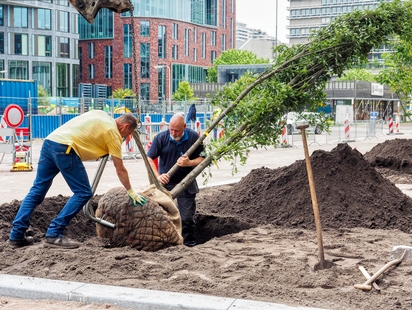 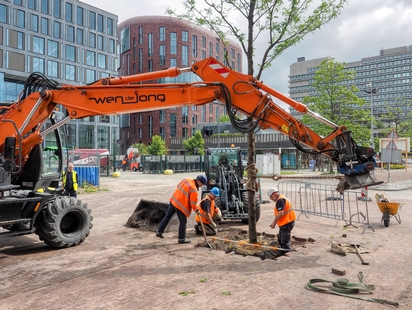 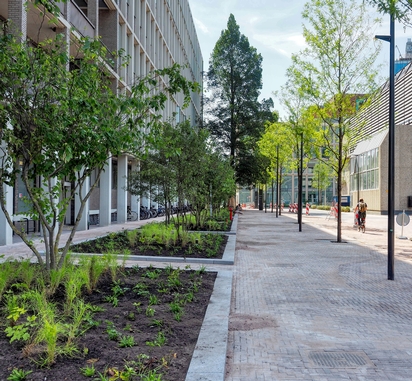 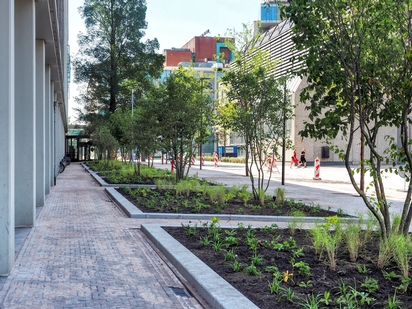 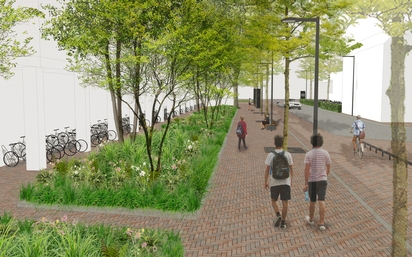 The first phase of the realization of the new design of the university campus of the VU in Amsterdam is a fact. In the middle of the summer season, large trees and multi-stemmed shrubs have been planted and the pavements and the furniture has been completely renovated. All this forms an integral part of the development vision, which MTD landscape architects drew up for the redesign of the campus on behalf of the VU and further elaborated it in layout plans and associated planting plans. The vision and layout plans seamlessly match the ambitions and objectives that the municipality of Amsterdam is pursuing for this district. The university campus will form an important part of the public space of the Zuidas and the so-called "knowledge quarter" of the VU and VUmc in particular.
The campus will undergo a major metamorphosis in the coming years, in which various university buildings and student residences will be demolished and built as well as the associated outdoor spaces.

This first phase of the redesign sets the tone for the future image of the VU campus; a green, multifunctional and climate-adaptive outdoor space, aimed at staying, meeting, experiencing, studying. An attractive and connecting space also between the various university buildings.

The large trees and shrubs were supplied by Ebben tree nursery from Cuijk and were prepared for the nursery so that they could be planted in the summer season. The VU wants to emphasize and radiate the importance of greening and the intended quality improvement.

We will keep you informed of further developments!