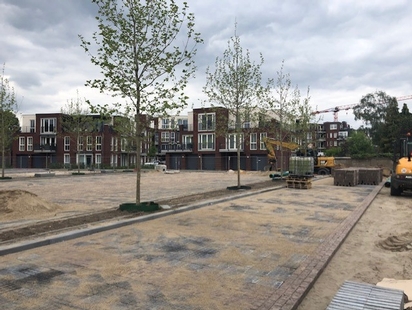 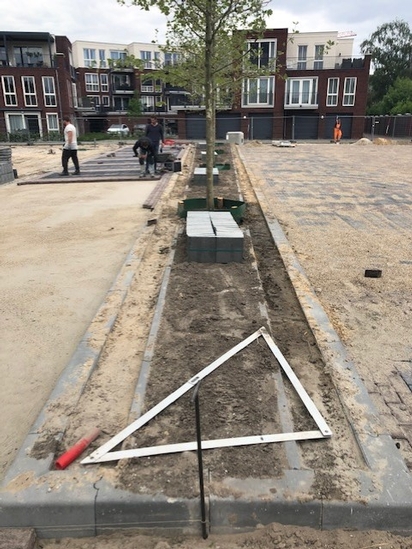 The company Van Doorn Infra from Schijndel is currently working on the realization of the Kloosterplein. Kloosterplein is one of the many redevelopment plans of MTD landscape architects in the Center of Valkenswaard. Earlier, the Carillonplein, the Kerverijplein and the Richterpad were redesigned and large-scale greening was carried out on the Corridor.

Since 2018, Valkenswaard has been working on a large-scale master plan for the improvement and greening of its center. The origin of the master plan lies in the knowledge that, with the realization of the new provincial road (N69) from Veldhoven to the Belgian border, the old busy transit route from Eindhoven to Lommel through the center will be discontinued.
Important themes that MTD includes in its planning are functionality, climate adaptation, sustainability and circularity. By introducing extra greenery [trees and planting areas] and underground facilities, the aim is to achieve a higher amenity value, to combat heat stress and to provide water storage. By making optimal use of existing materials, on the one hand, material waste / environmental impact is reduced and, on the other hand, costs are kept under control.

The street work is almost ready and we hope to complete the square, including green trees, by the end of June. By using coconut clods we can still plant trees in mid-June. The lighting, electric charging stations and some furnishing elements still remain and Valkenswaard has once again gained a beautiful 'square'.