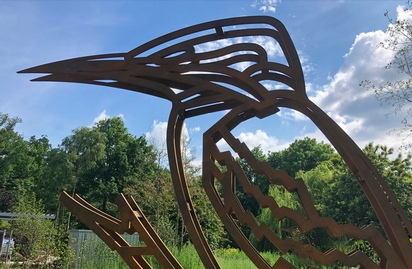 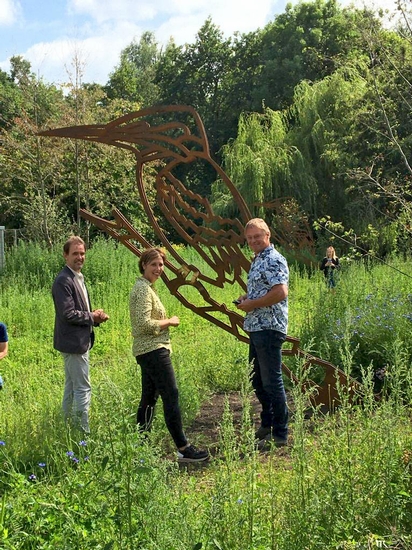 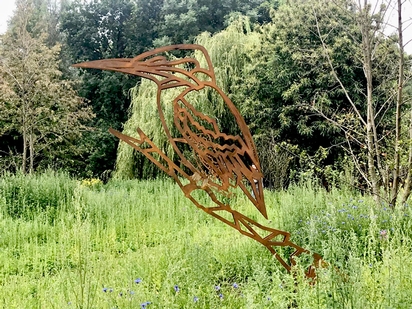 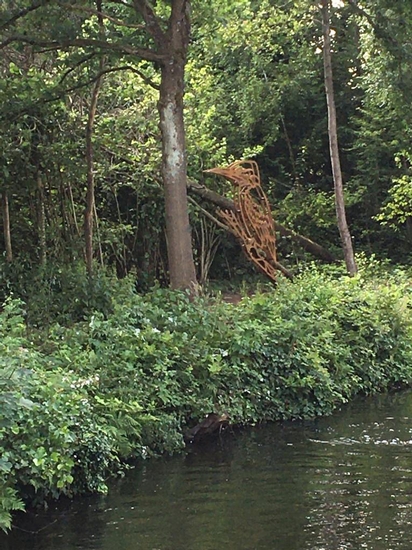 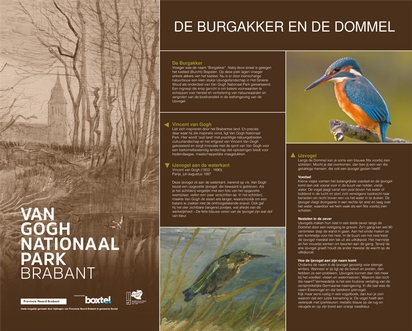 This week 3 beautiful sculptures of kingfishers have been placed at the burgakker in Boxtel.

They are the culmination of the redevelopment of the undeveloped site, which has been converted into a small kingfisher landscape as part of Van Gogh National Park by means of small-scale nature conservation.

In consultation with the municipality of Boxtel and residents, MTD landscape architects drew up the plan for the redevelopment of the area that is part of Stadslandgoed Stapelen and as such is part of the Boxtel Binnen de Bruggen center vision, also drawn up by MTD. An icon as the start and end point of the cultural-historical axis, which connects Stapelen Castle and the Sint-Petrusbasiliek, on the other side of the center of Boxtel.

The kingfishers were cut by A&K technique under very high pressure from Corten steel, according to MTD's design, which will have even more color due to corrosion. The kingfishers, which can also regularly be seen in real life here, are a symbol of the biodiversity in this area. But also belong to Brabant and Vincent Van Gogh, who was inspired by the slender bird.