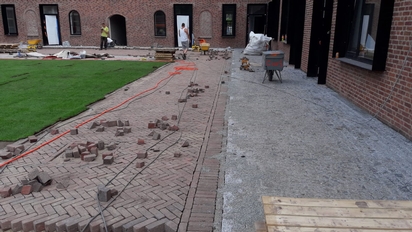 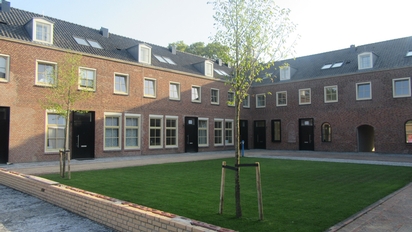 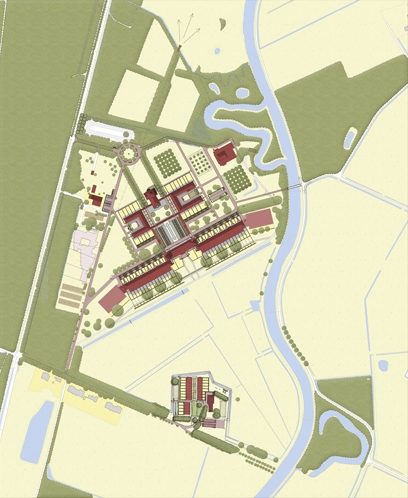 Landgoed De Klokkenberg is one of the unique national monuments from the period of the reconstruction of the Netherlands. The former sanatorium and later heart clinic was designed in 1949 by architects De Bever and Van Moorsel and built between 1951-1954.
In 2017, MTD landscape architects were commissioned by Schonk, Schul & Compagnie to prepare an integrated landscape and urban master plan and phased design plans for the Klokkenberg sites. An integral design for building and landscape has been developed in close collaboration with Rienks architects; a real "Gesammt-Kunstwerk" that does justice to the cultural-historical values of the Klokkenberg and where a new, contemporary layer is emphatically added. To be able to remember the Klokkenberg it is essential that it forms part of daily life in the city and has a future again.
The project can be placed in an impressive series of development plans for historical heritage, which have been developed by MTD; such as the master plan and layout plans for Zonnestraal (Hilversum), master plan and layout plans for Fort Isabella (Vught) and the master plan and layout plans for the Staswal zone in 's-Hertogenbosch.

The transformation of the sister house and the women's wing of the former sanatorium is in full swing and the first residents have since moved into the sister house. The contours of the layout plan for the sites are slowly starting to take shape in the site. The realization of the site design lies with Reyrink.
Meanwhile, MTD landscape architects is working hard on the design plan and obtaining the environmental permit for the sites of the central middle axis with the Chapel and the main building.