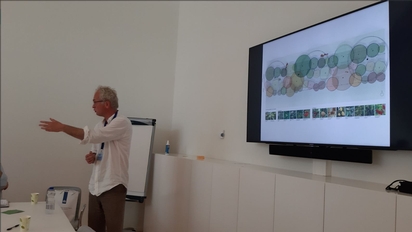 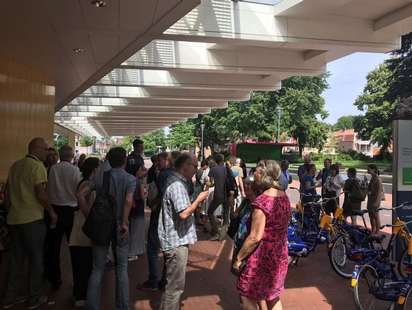 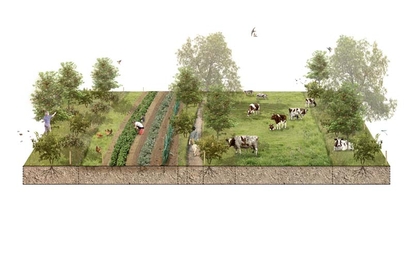 On Tuesday, June 25, 2019, the fourth edition of the symposium held by Staatsbosbeheer and the Netherlands Cultural Heritage Agency took place. This year the theme was "Landscape connects!", In which the major challenges from the National Environmental Vision were discussed. The themes of urbanization, water, climate, energy and agricultural transition dominated and were discussed through a number of interesting lectures. MTD landscape architects also contributed to the symposium. Charlotte van der Woude presented the prize-winning plans, as they were developed in collaboration with the Melkbrouwerij for the Brood en Spelen competition. The project particularly illustrates the theme of the transition in the agricultural sector.

After the opening by Cees Lever (division director Land and Buildings of Staatsbosbeheer), Daan Zandbelt (National Advisor for the physical living environment) and Frits Palmboom (urban planner and professor at TU Delft) acted as speakers. In the afternoon, one of the above-mentioned themes was discussed in a number of sub-sessions on the basis of example projects. The Melk & Noot project was part of the Farmers with Landscape sub-session and was seen as an inspiring case, in which not only a new way of agricultural land use is pursued, but also the disturbed relationship between city and country is restored. Afterwards, landscape architect Noël van Dooren reflected on the presented plans.
In line with this theme, Dirk Sijmons (H + N + S landscape architects consultant) closed the symposium with an inspiring story about the redefinition of the relationship between city and landscape.

MTD is proud to have contributed to an interesting day!