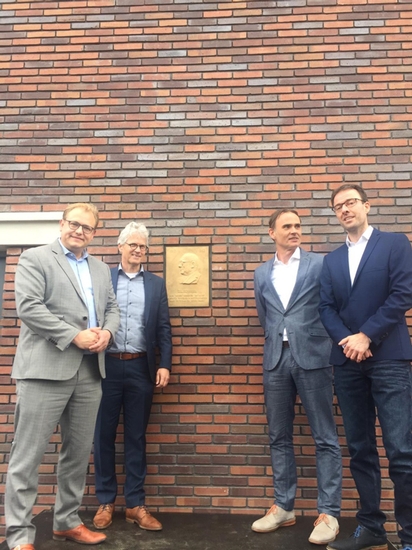 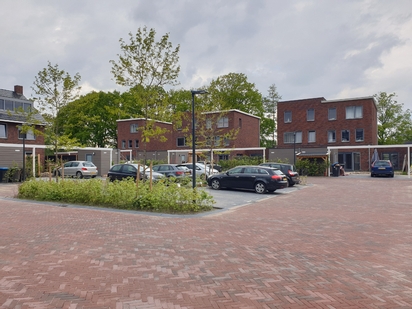 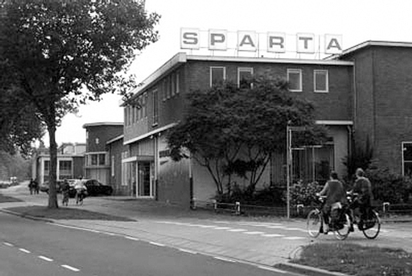 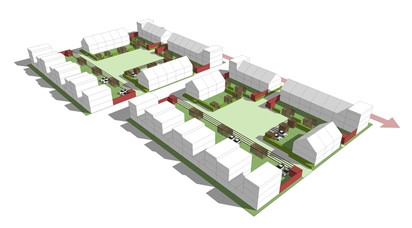 On the location of the former Spartafabriek in Apeldoorn, the festive opening of the new Spartahof residential area took place on Friday 10 May 2019. To add luster to this festive event, Mark Sandmann, alderman of the municipality of Apeldoorn, and Hein Stooker on behalf of the development combination BPD / Trebbe, unveiled a plaque by Mr D.L. Schakel, co-founder and director of the former Spartafabriek. While enjoying a snack and drink, the developers, the architects and landscape architects involved, but especially the new residents, were able to admire the completed project.

In 2016 MTD landscape architects was commissioned by the development combination BPD / Trebbe to prepare an urban development plan and image quality plan for the new Spartahof residential area. Inspired by the industrial past of the place, as the location of the former Sparta factory, and the leafy context of the Driehuizerspreng, a strong landscape concept has been developed. The concept can be described in its urban outline as two coherent closed building blocks, which arepossitioned free in the green. The inner areas of the building blocks are accessed from the Prins-Willem Alexanderlaan via an entrance into the building wall. The access to the houses, the parking and also the waste collection have been solved in the inner court of the building blocks. This means that the building blocks are free on three sides in the green.
The building blocks were further elaborated by Mulleners + Mulleners architects in an architectural sense. Variety is created in the walls through the introduction of three different housing types; park villas on the splendid landscape, city dwellings on the PWA avenue and outside areas and verandas on the green space between the two building blocks. Elements have been used in the architectural elaboration that reinforce the cohesion of the building blocks and also respond to the differences in spatial characteristics of the immediate surroundings. The architecture of the former industrial Spartacomplex has served as inspiration for the appearance of the entire complex. With the choice of masonry and roof slopes, it is connected to the characteristic Apeldoorn architecture in the immediate vicinity.
The sale started in June 2017; all homes have since been sold, delivered and inhabited.