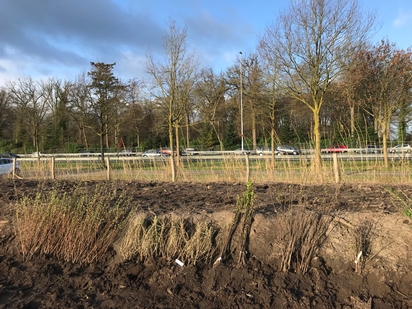 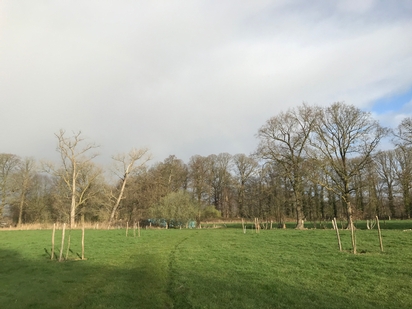 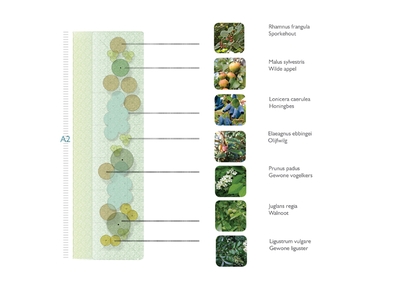 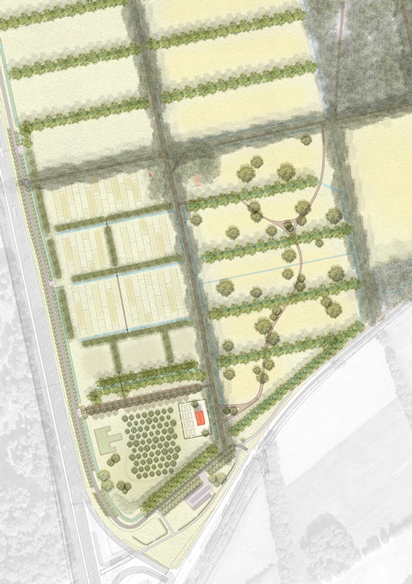 In February 2019 the final manifestation of the Bread and Games competition, organized by the Board of Government Advisors, was held in the provincial government office of Noord-Brabant. With the entry "The Return of the Pastoral Landscape" MTD landscape architects presented the plans for the Herenboerderij Wilhelminapark in Boxtel. With the presented vision and the landscape design plan, efforts are being made to make the agricultural land more sustainable in combination with a (re)new(d) scale reduction of the landscape and the strengthening of biodiversity.
The first phase of the implementation of the plans, as they were taken up, consists of the construction and planting of the wooded banks along the A2 highway and the addition of solitary landscape trees in the pastures for cattle. A new experience path was also laid out through these meadows, inspired by a historic path that was laid here in the course of the 19th century by Mr Margraff, then the owner of the estate.

With the vision and landscape plan for the Wilhelminapark, the 'The Return of the Pastoral Landscape' team focuses on strengthening the cultural-historical values of the local landscape and the use of historical maps from around 1950 as a source of inspiration for a (re)new(ed) downscaling of the landscape and the addition of a new time layer; "The future of the past". The wooded banks, which were introduced here refer to the historical landscape elements, but also have a contemporary meaning in the sense of climate adaptive measures and the production of fruit for humans and animals. The same applies to the solitary landscape trees.
The planted wooded banks and landscape trees form an integral part of the Herenboerderij Wilhelminapark. A regional and indigenous assortment was chosen for this, which was established in close consultation with FruitzForLife and others.
It concerns "the Return of the Pastoral Landscape".