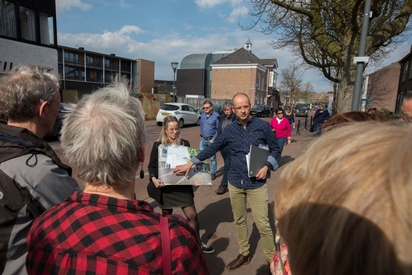 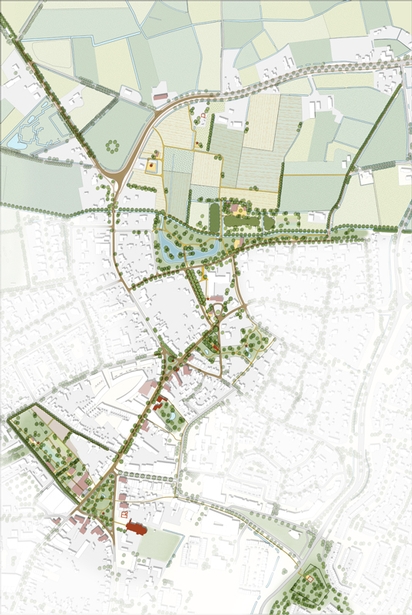 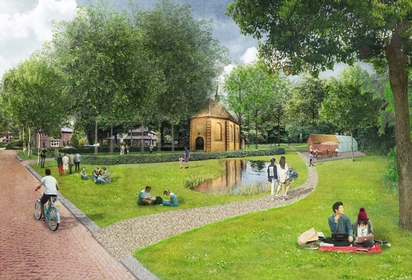 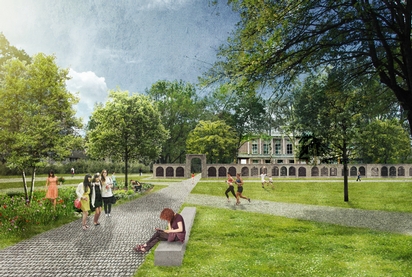 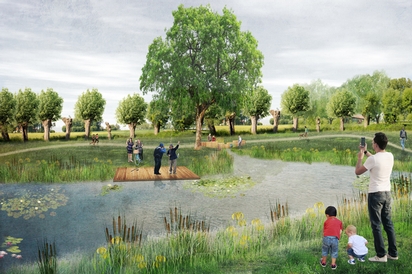 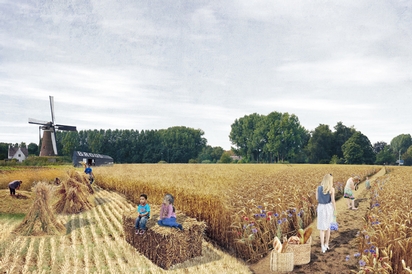 The structural vision of Van Gogh was presented to the Council on 13 March.
The structural vision describes the ambition of the municipality of Nuenen to improve the spatial quality of the core and more specifically the area of the Park, the monastery and the Kloostertuin, the Berg, the Van Gogh Church, the Hooidonkse Beek and the adjacent outer area with the mill the Roosdonck, to give it a shot.
In 2016, MTD landscape architects was commissioned to draw up the structural vision; to describe and visualize how within the plan area the urban and landscape structures and qualities can be strengthened, what the main identifiers of the public space and the adjacent landscape are and how the use of the public space would be zoned according to intensity.
The structural vision came about in an interactive process with residents, entrepreneurs and stakeholders within a number of design workshops. And last Saturday, March 30 and Wednesday, April 3, there were walking tours with residents, entrepreneurs and stakeholders to give feedback on the end result. And there was of course in addition to a number of critical notes enthusiasm about the ambition level of the structural vision.

The structural vision The World of Van Gogh focuses on preserving, enhancing and making it easier to experience the cultural-historical and spatial qualities of the historic core of Nuenen and, more specifically, of the protected townscape. The stories and heritage of Vincent van Gogh, such as these live on in the numerous places, buildings, landscapes and scenes that are still present in Nuenen and as Van Gogh has observed and painted them, are important starting points for design.
In addition, there are also many urban, architectural and landscape structures and elements, such as the old town hall where the Vincentre is now located, the former Monastery at the Park and, for example, the Weaving House at the Hooidonkse Beek, which form important identity carriers of the Nuenen core. The park, which has been designated as a National Protected Village Landscape, forms a defining green structure. But perhaps Nuenen's most important cultural-historical and spatial identity carrier is its landscape context; the way in which the Nuenen core originated on the sand ridge and developed along the ribbon. The two triangular squares or corridors, at the junctions of roads; the Park and the Berg, served as a place to gather and water the cattle. The Hooidonkse Beek forms an important element in this structure and marks the transition from the historic core to the surrounding Brabant landscape. An agricultural landscape, where the image is determined by small fields marked by rows of poplar trees on the higher soils and pastures and the former flooding areas of the Dommel in Nuenens Broek on the lower soils.
3D images of all these places are presented in the Structural Vision, which show the potential and the preconditions for future developments.
The individual projects are then named, prioritized and budgeted in the Implementation Program.
Structural vision and implementation program offer a good guideline for the future spatial development of the historic core of Nuenen!