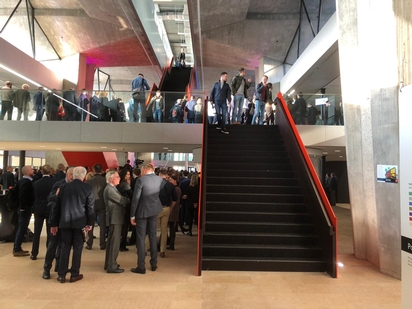 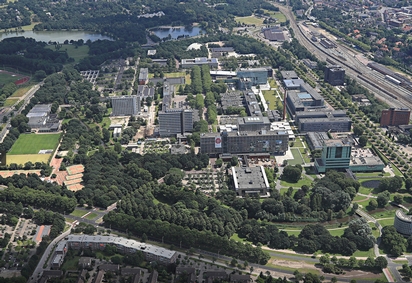 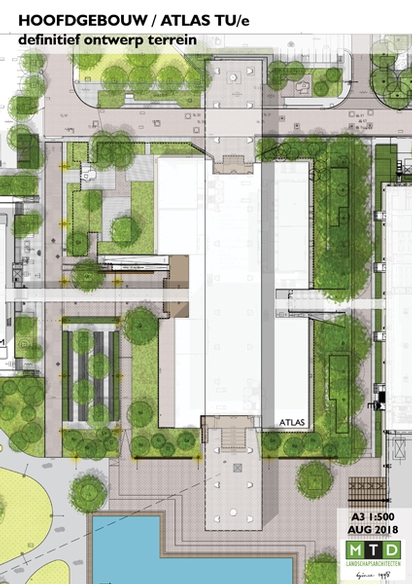 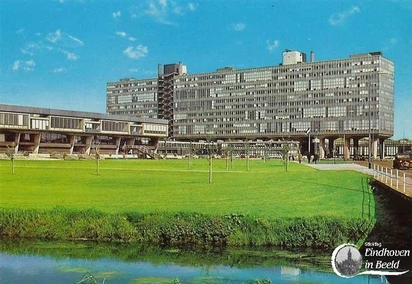 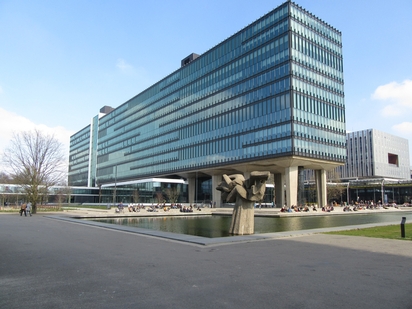 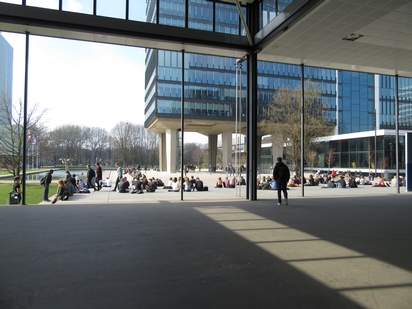 The Atlas building, the main building of the Campus Technische Universiteit Eindhoven (TU/e), was officially reopened on Thursday 21 March 2019 after a major renovation. students from the International School and robot Hero from the Faculty of Mechanical Engineering provided the opening. The renewed Atlas building, in terms of sustainability and comfort, reflects the image that TU/e envisages.
The Main Building or Atlas Building is the most sustainable educational building in the world. The total engineering team RSVP, responsible for the renovation, achieved the highest BREEAM score ever achieved for such a building.
In addition to the renovation of the interior and facades of the building, the outdoor space has also been completely redesigned to a design by MTD landscape architects. With the new layout of the Campus, the building has again become the proud "front" of the Groene Loper and the entire Campus.
From 2011, MTD landscape architects has been working continuously on various parts of the Campus. The surroundings of the Atlas building have been designed as an integral part of the Campus.
In addition to design and implementation preparation, the office's activities also involved supervision of implementation by the BTL green contractor.

Eindhoven University of Technology has the ambition to develop the Campus into a multifunctional TU / e Science Park and to profile itself internationally as one of the leading and innovative technical universities. The Campus and Groene Loper are seen as a calling card and strengthen the image of the TU/e as a sustainable and innovative university. For example, the TU/e has the ambition to be 50% energy neutral by 2030. With the renovation of the Atlas building it was also the objective to limit the impact on the environment as much as possible. This has been achieved, among other things, by preserving the usable elements present in the building, such as the concrete and steel construction, the use of sustainable materials, the application of smart installation principles and by looking in advance at the operational phase.
MTD landscape architects initially focused on 'green' as an important connecting quality with its development plan for the Campus. With the part of the Groene Loper to the west of the main building, a clear connection is sought with the Dommeldal. The pond section, which was re-introduced at the entrance to the Atlas building, marks the start of the orthogonal system of the Campus and Groene Loper. With the pond, the entrance to the main building again acquires the meaning of an open, inviting reception area; from utilitarian to theatrical entrance.
The second important component of the development plan is "the runner"; the student and user are given a central role on the Campus. To this end, car and bicycle traffic has been excluded from the Groene Loper. A new connecting line has been introduced for slow traffic; the so-called scenic walk. This facilitates students and other users and offers all sorts of reasons for use.
For the individual buildings on the TU/e campus, as well as for the Atlas building, a lot of attention was paid to representative entrances. The same materials are always used; natural stone staircases and grandstands and specially developed TU/e tiles from Schellevis concrete. In addition, space has been created around the building for bicycle parking at ground level, entrances to bicycle parking in the basement, but especially also for greenery. Green in the form of cultural-historical elements such as the Mien Ruys Gardens, but also new green in the zone between the building and the Groene Loper.

In the meantime, MTD landscape architects continues to work on plans for the TU/e Campus, including design plans for the former TNO building to be renovated and the building of the Fontys University of Applied Sciences and for some transport links across and around the Campus.