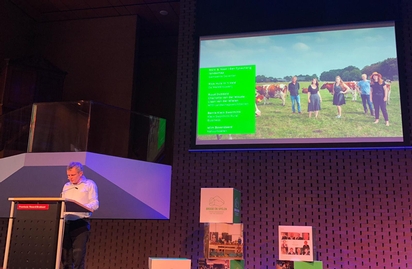 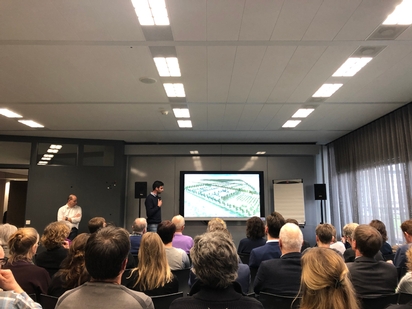 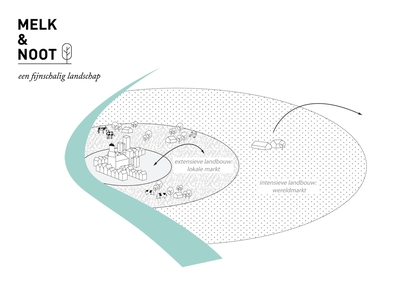 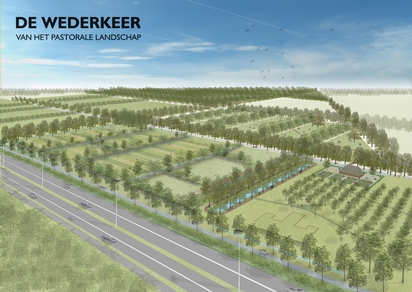 After months of hard work, last Wednesday, February 6, 2019, there was a presentation of the final results of the Bread & Games competition, initiated by the Board of Government Advisors. Within the second round of the competition, 16 teams worked on further deepening and realizing innovative plans for the countryside. The final manifestation "Radical, realistic and feasible" in the Noord-Brabant provincial government in 's-Hertogenbosch was well attended. All selected teams presented their detailed visions through short pitches and panels. There was room for discussion and exchange with interested parties and possible future partners. Because this Wednesday was also the end of the competition, for the detailed plans this was only the beginning.
According to government adviser Floris Alkemade, it is now time for implementation. He, but also the provinces and municipalities involved, announced their involvement in the follow-up of the projects.
MTD landscape architects participated in two 2 of the 16 teams; in collaboration with Herenboeren Wilhelminapark within the team 'The Return of the Pastoral Landscape' and in cooperation with the Melkbrouwerij of Rick and Arjuna Huis in 't Veld within the team' Melk & Noot ', and presented their detailed plans for an enthusiastic and varied audience.

Together with the Herenboeren Wilhelminapark, the team "The Return of the Pastoral Landscape" presented the plans for the Herenboerderij Wilhelminapark in Boxtel. The team had taken the jury's assessment into account, in the sense that work was being done on the development of a toolbox related to the concept of the Herenboeren. With this the landscape concept could also apply to other locations.
MTD Landscape Architects inspired Herenboeren Wilhelminapark / Herenboeren Nederland to work for Wilhelminapark in Boxtel on further sustainable use of agricultural land and bringing food production closer to the consumer. This in combination with a (re)new(ed) scale reduction of the landscape and the strengthening of ecological values and biodiversity. This mainly concerns the introduction of wooded banks with a meaning for the production of food for humans and animals.
An idea that has been used for a number of years within Herenboeren. Work has also been done on a path system to make the concept of Herenboeren and the landscape and nature of the Wilhelminapark better to experience.
The historical map material of Brabant and the Groene Woud is always an important source of inspiration for adding a new layer of time to the plan area; for the return of the pastoral landscape!
And a start has been made with the realization of the plans; In recent weeks, the construction of the ground bodies, which form the basis for the wooded banks, has started.

The team behind the Melk & Noot project presented their detailed vision for the landscape around Deventer, in which a shell of extensive, mixed agricultural companies is introduced. The Melkbrouwerij of Rick and Arjuna Huis in 't Veld, plays a role in this as a pioneer, creating a highly diverse farm that can serve as an example for other farms in the area. By applying a nature-inclusive agricultural system with edible timber walls, a fine-scale cultural landscape is created close to the city. The agricultural companies within this system strengthen the local market around Deventer. The new design of the landscape not only creates a recreational attractive landscape, but also enhances biodiversity and the supply of local products, creates a pleasant living environment for cattle and a better balance between CO2 binding and emissions.

The extensive results of all the detailed plans can be seen in the coming weeks within a traveling exhibition, which will visit a number of municipalities involved.

The milk & nut inspiration document can be viewed via the link:
Milk & Nut Inspiration Document