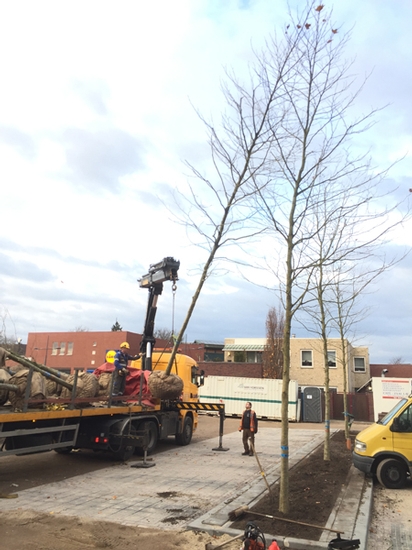 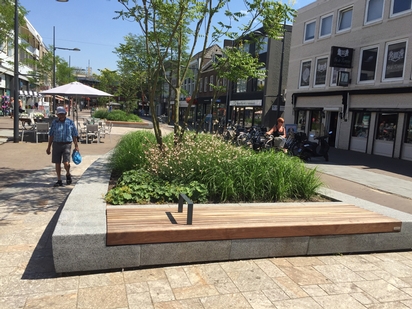 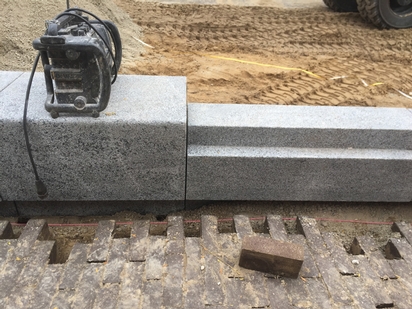 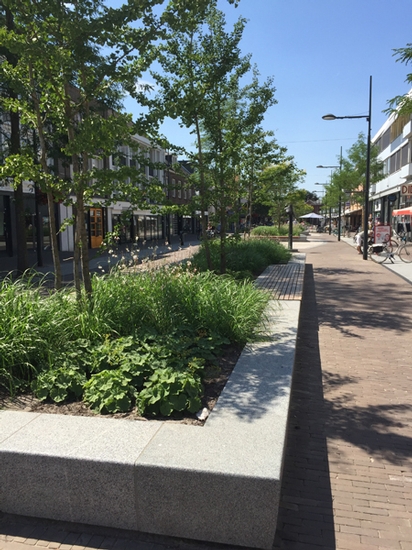 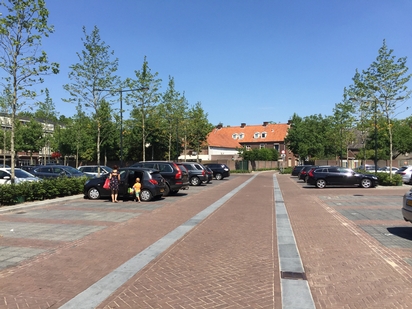 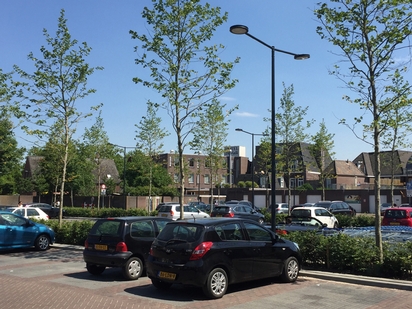 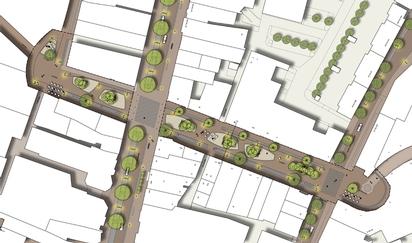 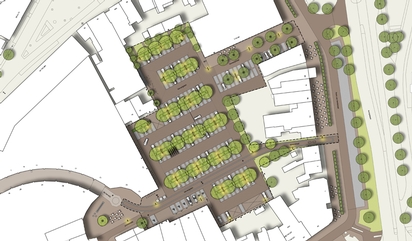 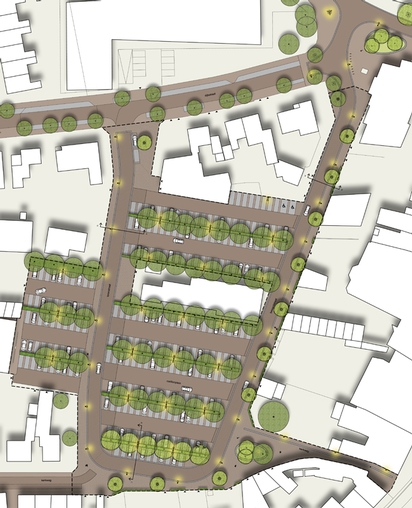 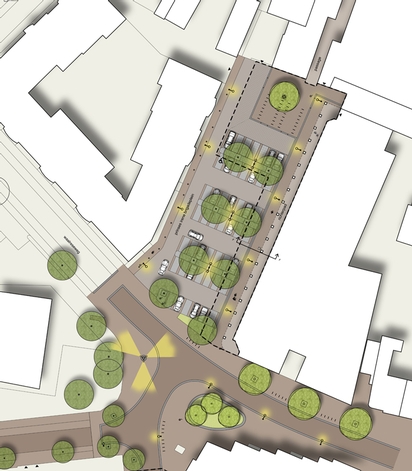 Recently, a further part of the redevelopment of the center area of Valkenswaard has been successfully completed. With the realization of the layout plans for the Kerverijplein, the Carillonplein and Richterpad and the Corridor, drawn up by MTD landscape architects, the center of Valkenswaard once again made a huge improvement in quality; the image of the center has become more valuable and 'greener' due to the planting of hedges and trees, more parking spaces have been created and pedestrian routes have been improved.

After the realization of a first part of the plans for the redevelopment of the center in 2014, for the market square, MTD was approached in the spring of 2017 by the municipality of Valkenswaard for drawing up a master plan for the core shopping area and four adjacent parking lots. The master plan thus concerns the entrances of the center and the provincial Eindhovenseweg to be demolished in the future. Important objectives of the Master Plan are strengthening a compact center, realizing synergies between catering and the shops and other companies in the center and strengthening the leafy and village like character of Valkenswaard.
The Master Plan has been elaborated in various sub plans; this way, the Kloosterplein will be redesigned this year.
The other areas of the Master Plan will also be developed step by step in the coming years.