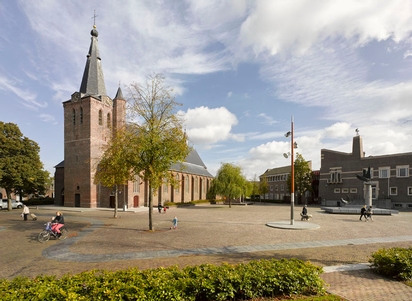 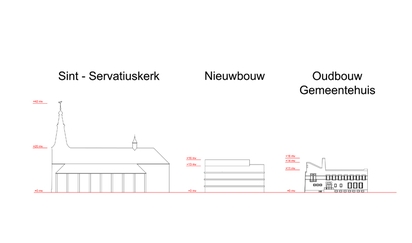 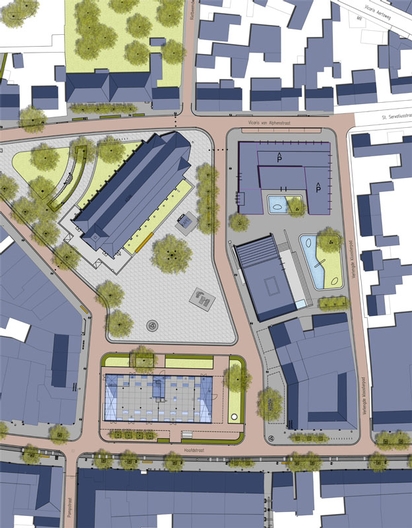 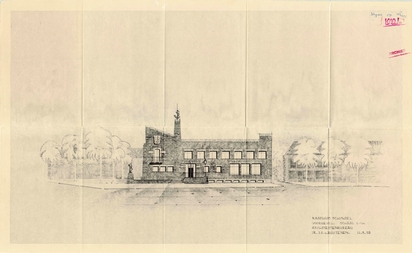 The former town hall has lost its function after the municipality of Schijndel has merged into the municipality of Meijerijstad. The ambition is to keep the building and to re-allocate it. The strategic location, opposite the Glass farm and the Church, and the architectural qualities of the former city hall, make that important potentials are present.
It is the idea to split the building (old part and extension) and partly to devote it to housing and partly to public functions. The public functions, such as a library 3.0, B & B or hotel, will have to enter into an explicit interaction with the public space of the Market and a new 'pocket park' on the other side of the building, on the site of the current parking spot.
The former town hall will be a contemporary and lively meeting place, which can fit seamlessly into the center of Schijndel, which has undergone an enormous metamorphosis in recent years!