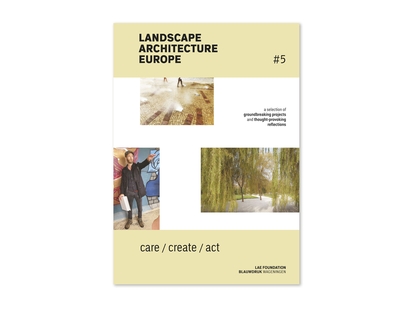 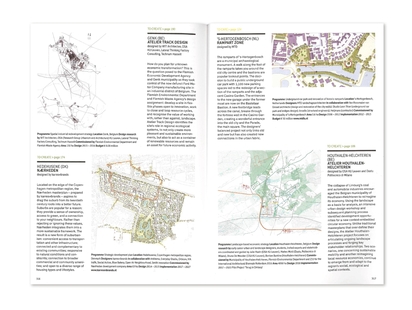 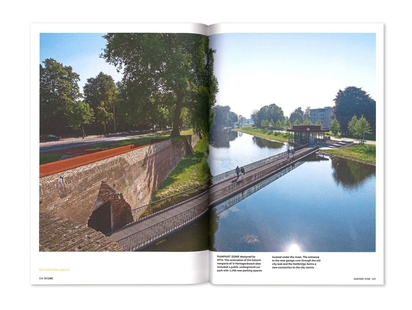 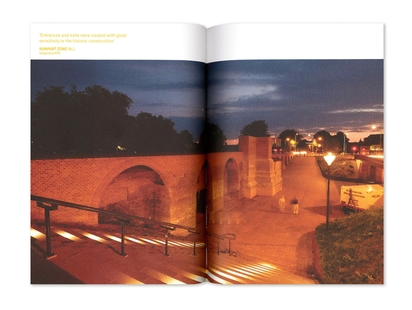 September 27, 2018 was the day. During the Rosa Barba Congress Barcelona 2018, the first copy of the Triannual Landscape architecture Europe # 5 was awarded. The 5th edition of the book shows and reflects on 48 current landscape architecture projects, selected for this purpose by a professional jury from more than 200 submitted plans. The jury consisted of Jandirk Hoekstra (chairman), Dominika Tihanyi, Rasmus Astrup, Margarita Jover and Stefan Totzler.
The book that appears every three years can be seen as a barometer of the discipline; the book shows through photos and design drawings what the European landscape architecture of this moment can contribute to current social design issues.
The Rampart Zone / Zuiderpark in 's-Hertogenbosch, a project designed by MTD landscape architects, in collaboration with Studio Leon Thier (design parking garage and bridges) and Van Roosmalen Van Gessel architects (design / restoration of the city wall, corridor and St.Jacobstoren), is one of the selected plans.
In addition to the 48 plans, the book includes a number of essays, which are related to current themes, which appear in the book. The book is published by the LAE Foundation in collaboration with the International Federation of Landscape Architects (IFLA) Europe.

The main reason for the refurbishment plans for the Stadswalzone / Zuiderpark in 's-Hertogenbosch was the realization of an underground car park with approximately 1,000 new parking spaces. The Stadswalzone is also considered as the Municipal Archaeological Monument and in this light the municipality of 's-Hertogenbosch had the ambition to preserve it as a cultural-historical structure and to make it more palatable.
At the beginning of 2011, MTD landscape architects was commissioned to draw up a design plan for public space and to manage the three parallel design routes; the design for the parking garage St.Jan by Studio Leon Thier, the restoration of the city wall by Van Roosmalen Van Gessel architects and the layout of the public space by MTD. The project was completed in June 2015 and receives a lot of appreciation.
The first strategic deployment of the public space design plan was to realize an attractive connecting route from the new parking garage to the inner city and vice versa. In addition, the plan focuses on the perception of the meeting of the historic city center and the open landscape of the Zuiderpark and the Bossche Broek.
The new parking garage is situated at the foot of the city wall with the former city moat on the roof. Coming up in the main stairwell of the parking garage, a dramatic view of the water on the city wall and Juda tower arises. Then there is an attractive route, via a walkway over the city canal, through the city wall, in the direction of the city center. In the other direction the route forms a new connection with the Zuiderpark; the Limietlaan and the park can be reached via a natural stone stairway.