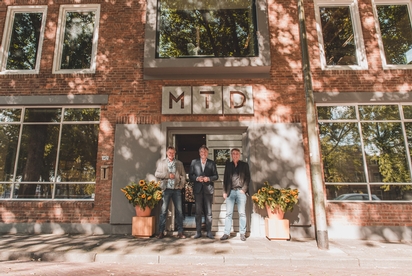 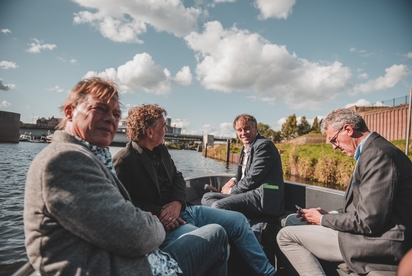 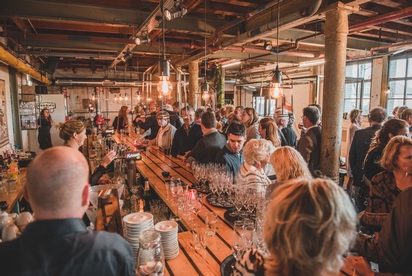 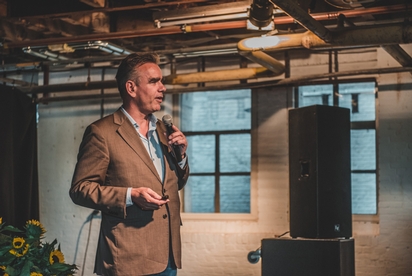 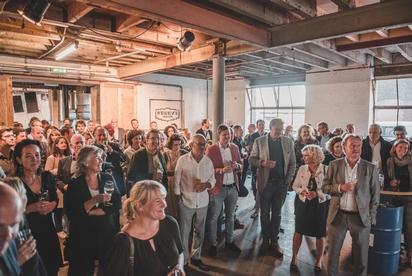 Friday, September 7, MTD celebrated the 20th anniversary of the office with a grand party. Invited guests were mainly people who structurally contributed to the success of the office, such as former employees, architects and other colleagues with whom there was intensive cooperation, trainees and a few family members. Especially for the occasion, a boat for invited guests and employees of the office went up and down from the Zuid-Willemsvaart 142 to the party location at the Tramkade in 'S-Hertogenbosch.

It was great to welcome guests in such large numbers. After receiving an aperitif and appetizer, speeches looked back at the past 20 years and also ahead into the future of the office. Chief Government Rail Architect Eric Luiten gave, his view on the DNA of the office in a funny way as a guest speaker. During the evening the boat continued to drive back and forth between the party location and the office building, which gave everyone the opportunity to visit the office, and then return to the party where parties and dances were held until the early hours.At farewell, the guests awaited a nice surprise in the form of a special jubilee book issued for this purpose, in which all MTD ads from the back of the Blauwe Kamer of the past 20 years have been bundled together.
MTD looks back on a very successful evening and would like to thank all guests for an unforgettable party!