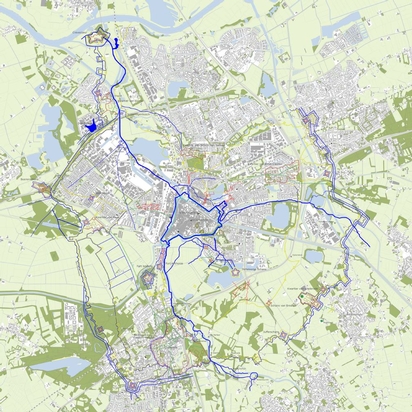 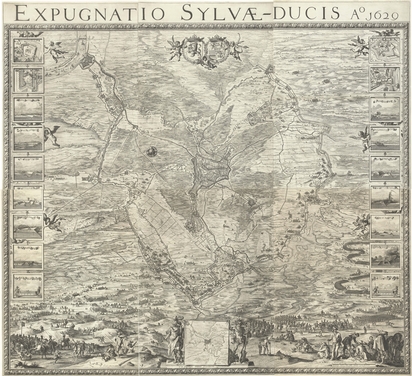 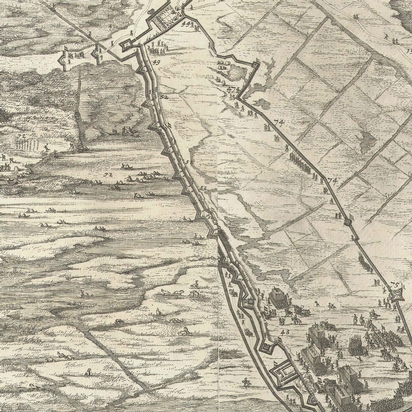 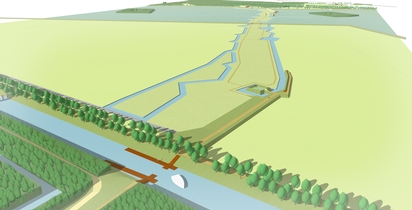 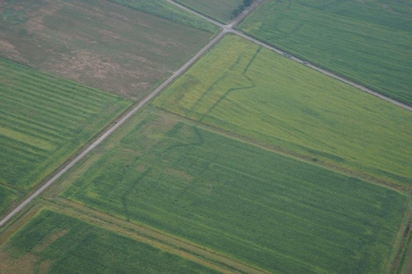 Since the autumn of 2016 MTD landscape architects is working on behalf of and together with the municipalities of Sint-Michielsgestel, Vught, Heusden and 's-Hertogenbosch and De Stichting de Groene Vesting developing plans to make the Line 1629 visible and recognizable in the landscape. The drought of the past months has made a surprising contribution to this. Due to the prolonged drought, the Hollandsche Dijk is once again visible in the Vughtse Gement. This dike and accompanying canal system was part of the Fredrik Hendrik attack line to take the city of 's-Hertogenbosch, which was besieged by the Spanish at that time.
The dike line goes straight through a swamp area and for that reason was founded on poles. The canals along the dike were fed with water from the Dommel, which was dammed to the south of the city and brought here via a system of canals, across the Vughtse Heide.
All in all 'state of the art' engineering in the year 1629. Now, almost 400 years later, suddenly visible in the landscape.
The municipality of Vught has registered the dike today with a drone camera (https://lnkd.in/eht98KD)
In the meantime, the Development Plan Line 1629 is working on the next steps; archaeological research into the pile foundation and a layout plan to make a 'memory' of the dike visible again.

And the Development Plan Line 1629 includes more elements.
Initially, the plan naturally focuses on making the structure line itself visible and recognizable again; the circumvallation line or attack line, which is 42 kilometers long and forms an annular structure around the city of 's-Hertogenbosch. Within the Development Plan the focus is on, where possible, returning the ramparts and canals in their original route and cross-section. Then it is important to make this line experiencable again. This is done by introducing walking routes over or along the dyke bodies and between the canals and a continuous cycle route Line 1629.
In the second instance, the Development Plan focuses on the further elaboration and realization of five iconic projects; Fort Crèvecoeur in 's-Hertogenbosch, the Boerschans in Heusden, the Hollandse Dijk in Vught, Oud Herlaer in St. Michielsgestel and the Dungense Brug. They can then work as a catalyst for further developments along the Line 1629.