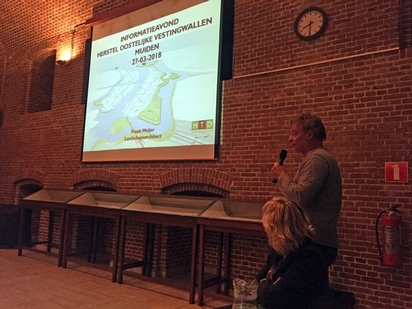 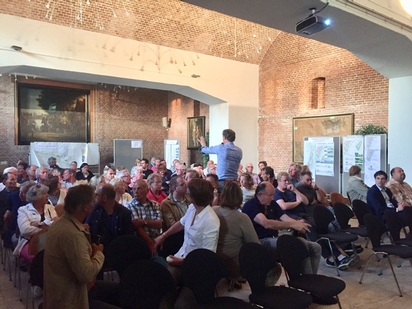 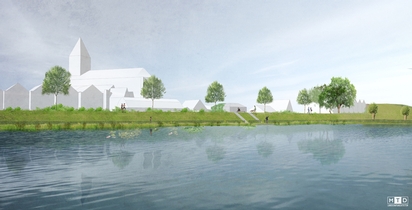 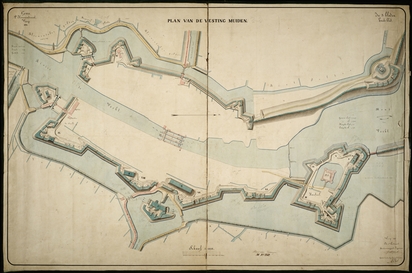 MTD landscape architects / urban designers are working on a recovery plan for the Vesting Muiden with a participatory communication process. To this end, information markets were held on March 27 and May 9, 2018, where Frank Meijer and Mathé van Kranenburg informed the local residents, interested parties and stakeholders. In a number of thematic work sessions, this group was asked for input with regard to the recovery plan for the eastern fortifications of Muiden. This plan forms an elaboration of the Vision Public Space for the Muiden Fortress, which was established by the office in 2014.

Starting point for the participation process is a preliminary design that has been drawn up for the bastions and courtrooms of the eastern ramparts. During the information markets, ideas were exchanged with (direct) residents, interested parties and stakeholders about the organization; about materialisation, planting and use.
At the moment, the preliminary design based on the information obtained for a first phase is further elaborated and concretized into a definitive design. In a second phase, a detailed layout plan will be drawn up for the Vestingplein.
The recovery plan for the public space of the Fortress falls within the project 'Further with the Fortress Muiden'. In this light, a vision was drawn up by MTD landscape architects to preserve and reinforce the fortress and its characteristic parts such as fortifications, bastions and courthouses, while at the same time adding a contemporary layer. In this way the cultural-historical and natural values are better experienced and the usability values of the ramparts for the inhabitants of the city are strengthened.
Source of inspiration for the development is the historical map of the Defense Line of Amsterdam dating from 1877. This represents the essence of the fortress and tells the development history. By reverting to this historical situation, the unique character of the place is strengthened and the development history of the place is healed and made legible.