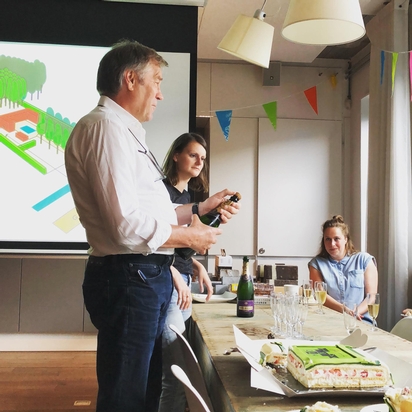 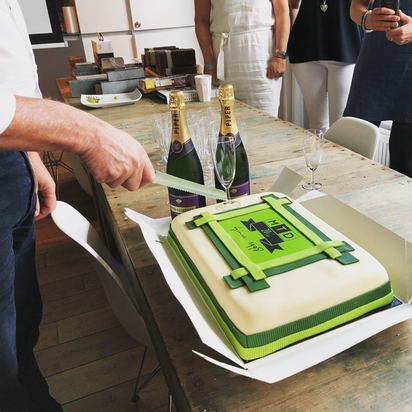 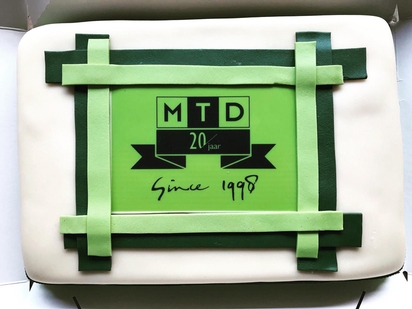 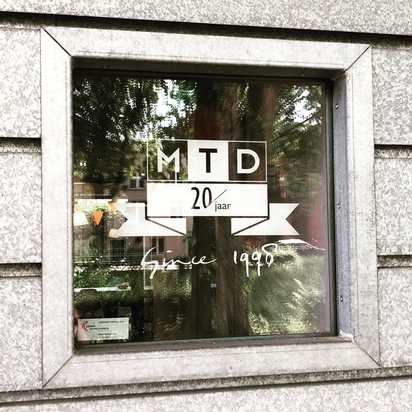 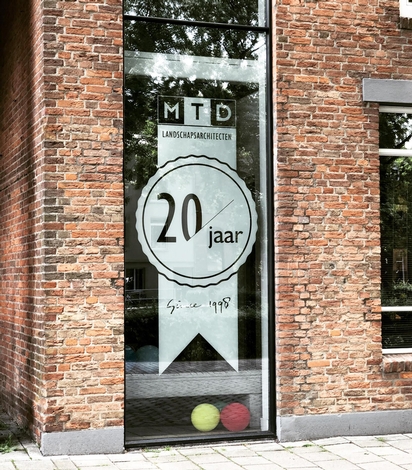 Last Tuesday on 22 May, MTD landscape architects celebrated its 20th anniversary. On Tuesday the 22nd of May 1998, the agency was founded by Frank Meijer, Han Thijssen and Ruud Dubbeld, as a relaunch of Buys & Van der Vliet landscape architecture and urban design continuing the work and ideas of Pieter Buys and Bob van der Vliet, who find their roots in the Danish landscape architecture tradition.
Of course, this moment should not go unnoticed. The partners were surprised with champagne and a special cake and with window stickers specially designed for the occasion, so also the passers-by and visitors of the office are made aware of this festive moment . In September, the anniversary will be celebrated even more festively with a foreign excursion for the office and a grand party for all persons who contributed to the success of the office at some point.

MTD is aware of its history. For 20 years, the design style of the office has been characterized as robust, clear, self-evident and timeless with carefully considered details; designs are functional and rich in unexpected uses.
The agency aspires for designs which lead to a flexible, surprising and almost unsuspecting usage. The ‘genius loci’ which are the characteristic spatial features and history of the development of a place, make up an essential source of inspiration; this provides the designs with a sustainable base and strong place-related identity.
An approach that has also proven itself in plans in a vulnerable, historical environment and an international context.
Over the years, the agency has distinguished itself through an interdisciplinary composition of staff; urban planners, landscaping architects, spatial designers, civil and cultural engineers, who collaborate in compact teams dependent on the scale and complexity of the assignments. Choices of materials, technical detailing and budgeting play a valuable role, right from the very first sketches; thus comprehensive, feasible and realisable plans are created.
The agency looks back on a large number of special projects and looks forward to numerous special challenges in the near and distant future !!!