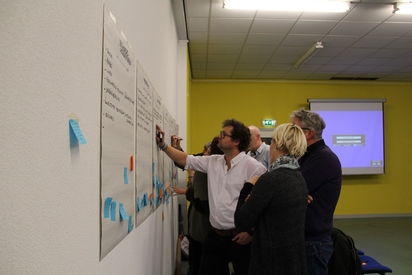 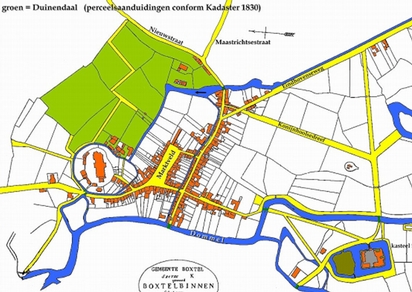 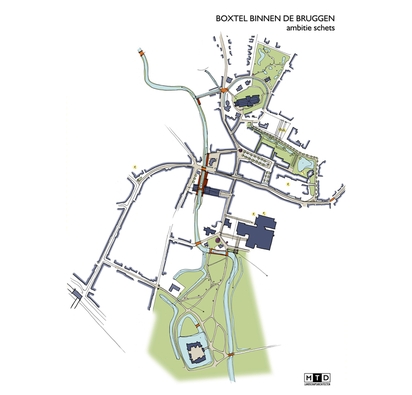 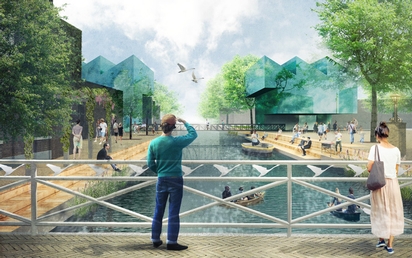 Frank Meijer of MTD landscape architects presented a first initiative for an integral development vision for the core of Boxtel 'Boxtel within the bridges' in the council chamber of the Boxtel City Hall on 13 March, in which stakeholders and concerned residents and entrepreneurs took part. The central ambition is to strengthen the spatial quality and the individual identity of the core.
The evening started with a story by the municipal project manager Frits Fastenau about the project and the presentation by MTD of the development vision.
After the presentations, the attendees were given the opportunity to respond to the presented ideas for three separate sub-areas; the area around the St.Petrus Basilica, the center and urban estate Stapelen. The reactions were generally positive and constructive. In the follow-up process these will be reflected in the final development vision 'Boxtel within the bridges'.

MTD acquired in the assignment to create an artist impression for the area around the St.Petrus Basilica in November 2017. The direct cause for this was the Mosaic Dommelvallei project, in which the region is prepared in an innovative way for the consequences of climate change. From there, the need arose for an integral spatial development vision for the historical core of Boxtel, related to its location on the Dommel. This broadened the scope of the assignment.
The vision focuses on the area between the St.Petrus Basilica in the north and the urban estate Stapelen in the South.
In three interactive design studios, led by the municipality of Boxtel, BKKC, the artists Lobke Meekes and Mathijs Bosman and MTD landscape architects, stakeholders, concerned residents and entrepreneurs are challenged to think freely about this area and to share their ideas and wishes. A whole range of ideas was collected, which were subsequently translated by MTD into a first step towards an integral development vision for the historic core of Boxtel.