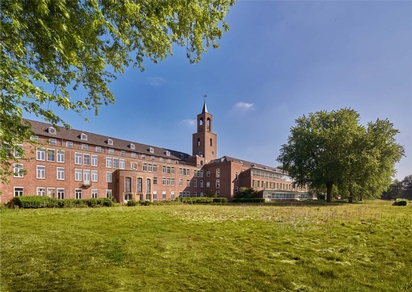 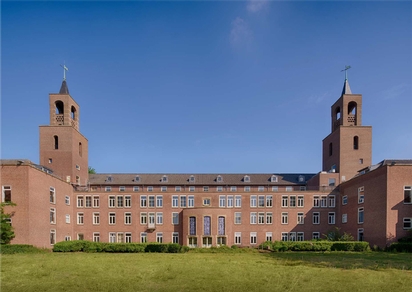 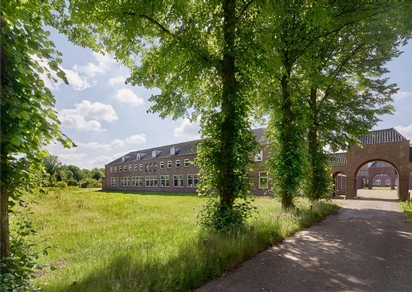 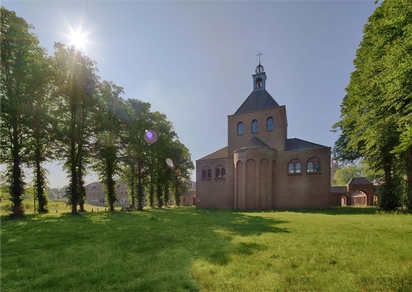 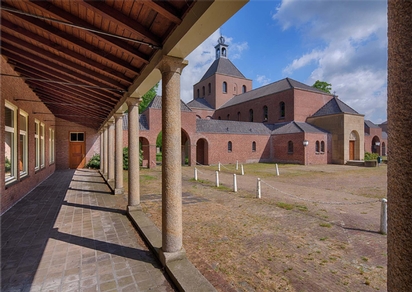 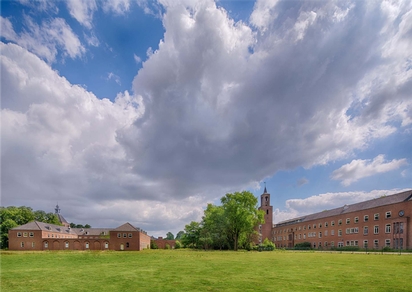 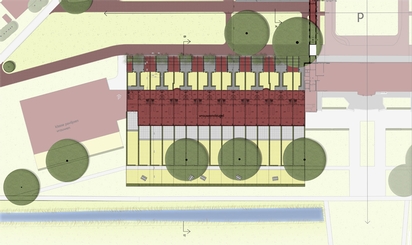 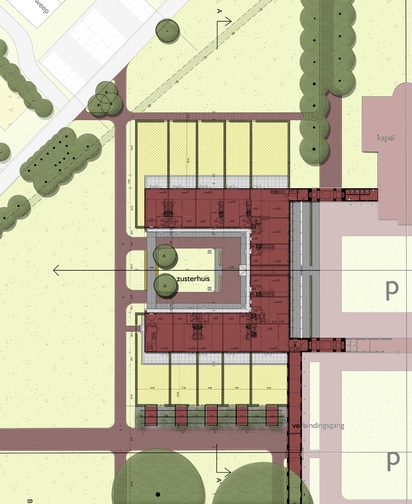 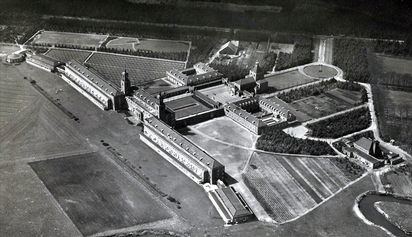 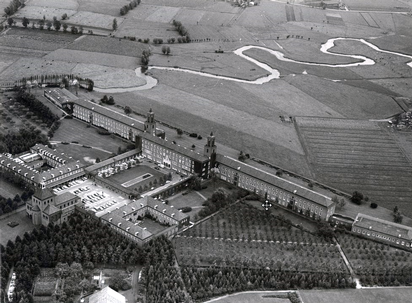 The former Klokkenberg medical center, a Roman Catholic sanatorium for tuberculosis patients, is being transformed into a unique, high-quality residential complex. From introvert, religious sanatorium to extrovert, open living community, situated in a fantastic landscape setting on the border of the Mastbos and the valley of the Mark, on walking and cycling distance from Breda / Ginneken; 'Splendid isolation'. At the request of Schonck, Schul & Compagnie, MTD landscape architects / urban designers, in collaboration with Rienks architecten, developed an integral plan to strengthen the Klokkenberg in an urban, architectural and landscape sense as a 'Gesamt Kunstwerk'.
MTD is the author of the urban development plan and developed this into a design plan for public space.

The national monumental sanatorium building was designed in 1951-1953 by architects Kees de Bever and Kees van Moorsel in a traditionalist style. The park and landscaping is by Jan Bijhouwer. De Klokkenberg was nominated for government protection in 2007, as a reconstruction monument of the welfare state between 1940 and 1958.
The building complex can be divided into a main building, nursing buildings, chapel, economy building, courtyards and galleries. The main building with the nursing wings for tuberculosis patients is oriented towards the southeast, so that a lot of sunlight enters a wide view is created over valley of the Mark. The building has a strong symmetrical design, with the chapel standing in its axis.

The urban planning, architectural and landscape design is based on the concept of adding a new, contemporary layer and maintaining and reinforcing the cultural-historical values of the national monument.
The individual buildings are being transformed into special owner-occupied homes. The sale of the first phase, the so-called women's wing and the sister house has started. Hereby the ancient tradition of country houses along the Mark has been continued.