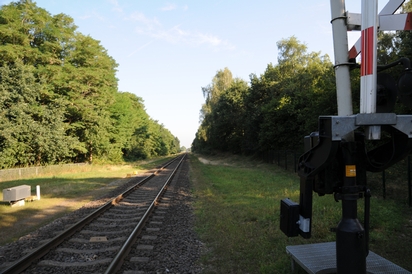 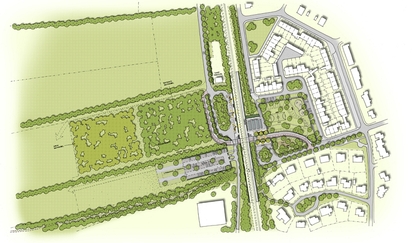 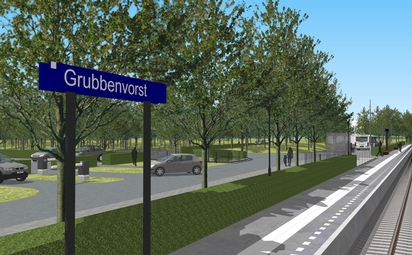 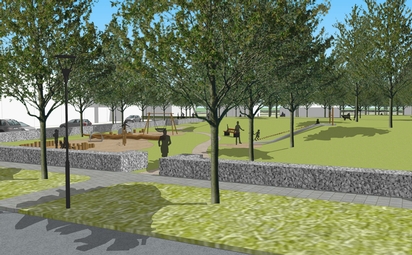 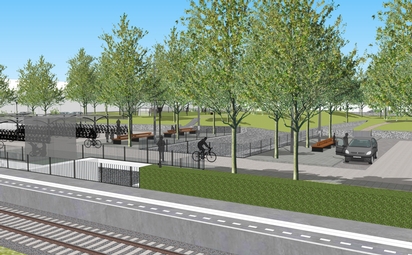 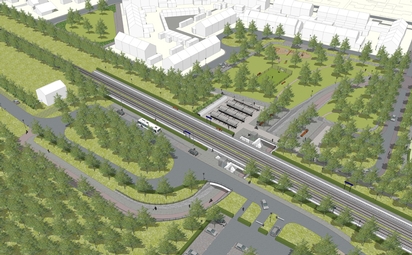 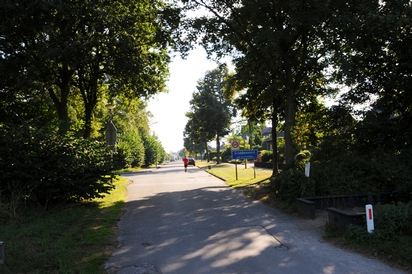 In January 2017, MTD landscape architects presented the preliminary design plan for the station of Grubbenvorst. The design is a product of a participatory planning process with civil service experts, residents and stakeholders and collaboration with Arcadis.
The reason for the project was a Facebook action, which was organized late 2012 by young people in Grubbenvorst; they collected 1,143 signatures to support their desire for station in Grubbenvorst. Following this action € 500,000 was reserved by the Board in March 2013 for the construction of a new station.
Next, for the benefit of a participatory planning process a workgroup of residents and stakeholders was created; they initially had an input in determining the location and then in the design of the station and the redesign of its immediate surroundings.
MTD landscape architects was commissioned in July 2016 in cooperation with the workgroup and ARCADIS to further develop and optimize the design and development plan for the public space. Hereby a realistic, feasible and widely accepted design was created.
The opening of the new station in Grubbenvorst is scheduled for 2020.

The station must be the 'calling card' of Grubbenvorst. Initially, the station will be meaningfull for the residents of Grubbenvorst, but eventually it will also connect Greenport Venlo. The new station will mean a big change for a small town like Grubbenvorst. For that reason, great care and attention has been given to the urban and landscape integration of the station in the outskirts of the village. A Park & Ride and bus stop will be positioned on the west side of the track, so people from the wider surroundings of Grubbenvorst will facilitated when using the station.
The crossing will be removed and car traffic can reach the west side of the station via the Brandakkersweg. Cyclists and pedestrians can cross the track through a bike tunnel. The bike tunnel with its ramps makes a sizable impact on the public space. To fit in the tunnel in the eastern side of the railway park as well as possible, several options have been discussed and weighed with the residents. In the preferred variant, the tunnel cuts through the park. The park will be rearranged, where the intersection is used as a pretext for the introduction of embankments. There will be facilities for various age and user groups; for the youngest a natural playground, a football field for the slightly older children and benches for the youth to ‘chill’ on. An entrance plaza is situated on the side of the village with an arrangement of benches, trees and special light posts. Also bike racks, disabled parking spaces and a Kiss & Ride will add to the logistics program.
The entire area gets a leafy character.