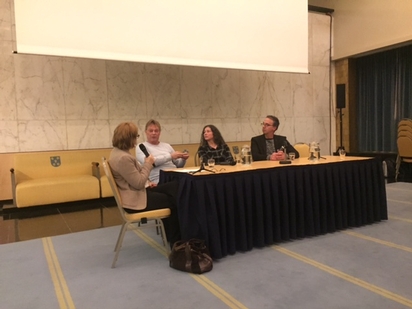 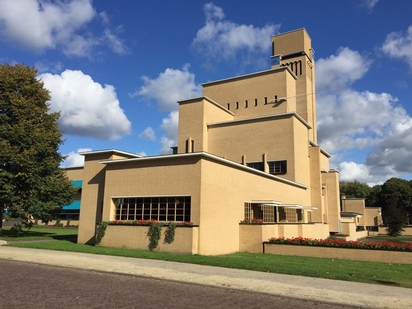 This night’s speakers were Annette Koenders, senior policy advisor of the municipality of Hilversum, artist Tamar Frank, Heritage professional Frank van Unen, and landscape architect Frank Meijer of MTD landscape architects / urban designers. The speakers each gave a vision based on their own expertise and perspective of the question; ‘How can we deal with monuments and their context in such a way that the cultural and historical values play a more prominent role in Hilversum’. Hereby current issues in the field of architecture, heritage and urban design in Hilversum where addressed in a discussion led by journalist Rixt Zijlstra.
Frank Meijer spoke on behalf of the office’s involvement in the Spatial Exploration Zonnestraal, on the design vision of the office concerning projects in a vulnerable, historical context. The projects that were addressed were, among others, the design for the public space of the Rampart Zone and Casinotuin in ‘s-Hertogenbosch, for the public space of the Museumkwartier in 's-Hertogenbosch, the plans that are developed for the Cultuurcluster in 's-Hertogenbosch and the urban plan and design for the public space of the Hessenberg in Nijmegen. The design concepts developed in these projects where reflected on the situation in Hilversum. The Central thesis and conclusion of the story is that a monument should not be considered in isolation but in its context. A monument will come more into its own, and receive a more important meaning as identifier for the town of Hilversum if it has a link to its context; a monument benefits from a strong and monumental public space!