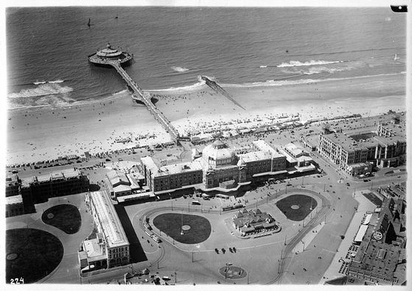 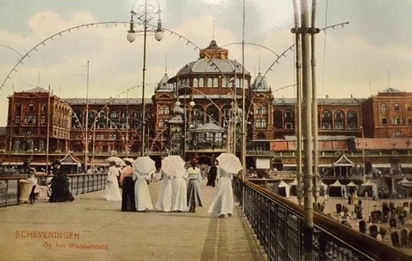 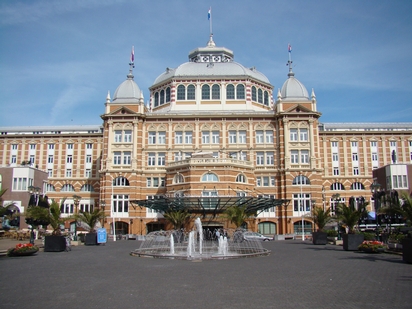 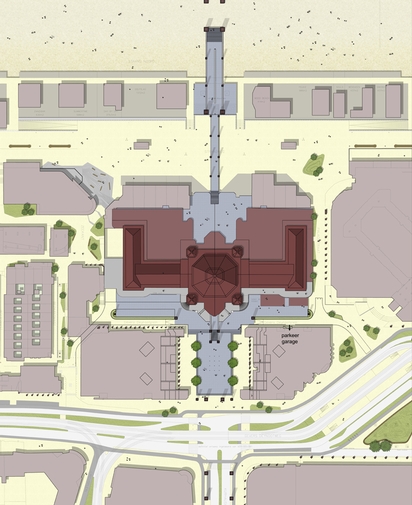 The municipality of the Hague has the ambition to revitalize the public space of Scheveningen; the seaside resort should be more attractive to users, residents and visitors. Starting points for this ambition are set out in the program 'De Kust gezond’. This program states the intention to invest approximately €20 million in the public space of Scheveningen in the coming years. It is mainly used to strengthen the relationship between the city and the sea, the green character of the public space and the grandeur that traditionally characterized the resort.
In the 19th century, Scheveningen was an exclusive, chic and spacious resort rich in villa buildings. The lavishly decorated Kurhaus literally and figuratively formed a focus point on the promenade of the resort. The current building merely resembles a soft echo of these times. Along the rest of the boulevard in the course of the 20th century, the 19th century buildings have largely given way to large-scale and quite unapproachable volumes. These buildings in many places impede the visual and functional connection between city, sea ridge and beach. The rise of mass tourism and the sharp increase in car use have had their influence and raised a number of significant barriers.

In line with the municipal ambitions, as laid down in 'De Kust gezond' and the development plans, as worked on within the municipality of The Hague, MTD landscape architects / urban designers has been commissioned by AMRÂTH HOTELS and its consultant VKZ BV to draw up a detailed development plan for the the entrance plaza and other outdoor spaces of the Kurhaus. The ambition here is to enhance the spatial quality and quality of stay of these areas and to restore the grandeur of the past.
Emphasis is put on improving the routing of all traffic including pedestrians and car traffic, the way you're currently approaching and entering the Kurhaus, strengthening the relationships with the promenade, beach and sea, of the demarcations of the original spaces and the historical elements and ornaments that mark the axes and vertices of these areas.
Important principals for MTD’s vision and design are the ‘memory’ of the landscape and later urban axis with the Kurhaus as the ultimate endpoint and the original high end functionality of the grandiose reception of the hotel.