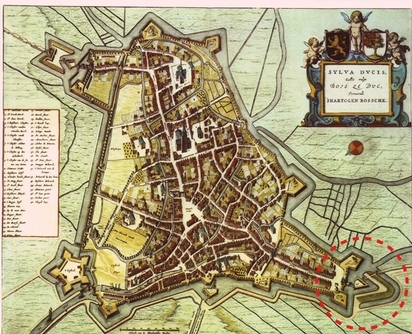 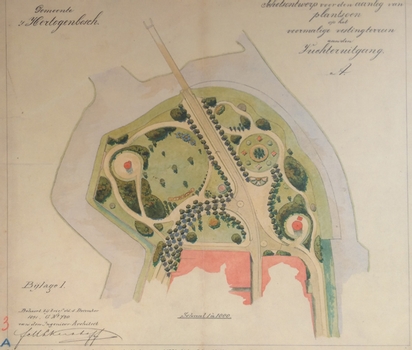 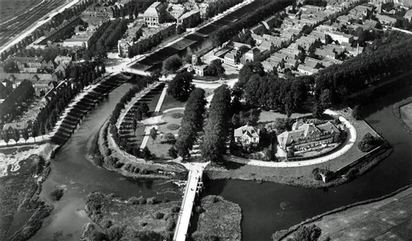 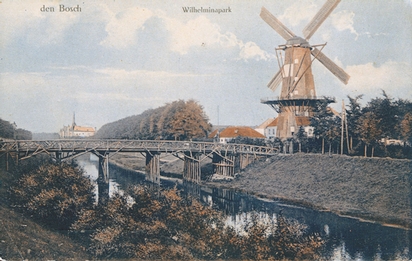 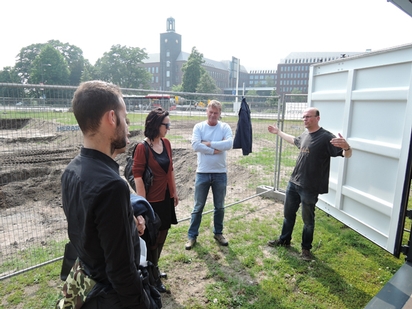 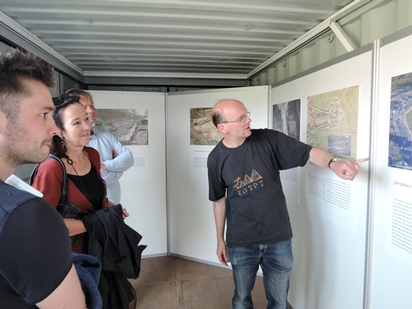 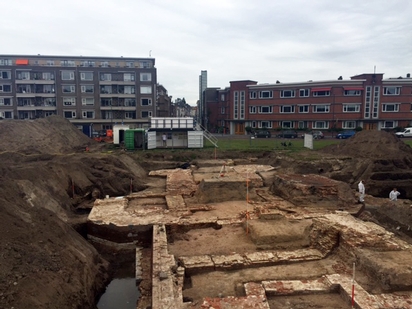 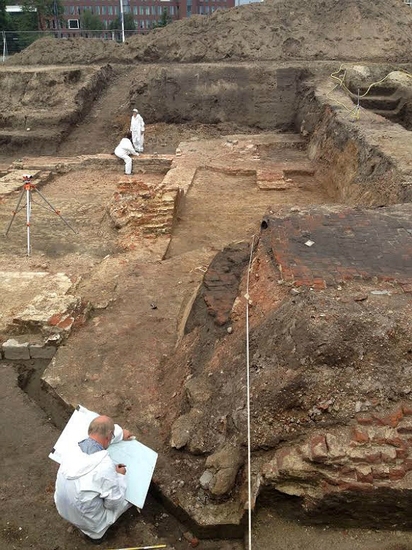 Mid July 2016 it was announced that the contract for the Architectural and Landscape-design services for the Heritage & Fortifications projects in the municipality of 's-Hertogenbosch has been awarded to Hans van Heeswijk architecten and MTD landscape architects / urban designers.
After an initial selection, 10 architects and 10 landscape architects were invited to produce a design sketch for the Wilhelminaplein. They were asked to come up with a vision on how to deal with the remnants of the Pieckepoort, which have been found in recent archaeological excavations. Based on the presented and illustrated designs, the two offices where selected by an assessment commission, consisting of experts from the city of 's-Hertogenbosch. They were primarily selected based on price, design vision of the remnants of the Pieckepoort, the presentation thereof and the conversation with the assessment commission.
The assessment commission appreciated the design vision of MTD landscape architects / urban designers: 'This fits well with the way we have handled the fortifications up to this day.' The starting point to highlight the entrance of the city as an opening in the wall is a good idea. In this way a new entrance building is not necessary. The commission appreciated that the designers have searched for possible historical relics, which could be used in the design, such as the guard house, the gallows field and the location of the former mill. The story about the trees 'inside' and 'outside' is interesting.'

Since 1998 's-Hertogenbosch gained experience with a particular process and approach when it comes to dealing with cultural and historical relics in the public space. In this van Roosmalen van Gessel architecten and OSLO (landscape architect) have played an important role. The approach has yielded particular and impressive results, which have been positively received by both appreciators of cultural history as well as by contemporary architecture enthusiasts. For that reason, the Board of Mayor and Aldermen decided also to apply this method to other heritage development projects in the public space. These can also be spatial planning projects where heritage doesn’t play the main role, but can play an important role to increase the quality and experience of the project.

In benefit of the project, a project organization has been set up for the coming years, in which Hans van Heeswijk architecten and MTD landscape architects / urban designers will work together. An important ambition, which is formulated within the project, is to create spatial quality and make the cultural heritage values experienceable in public space. In particular, this is reflected in the combination of preserving and restoring heritage relics, complemented by historically inspired (landscape) architectural additions in the public space.