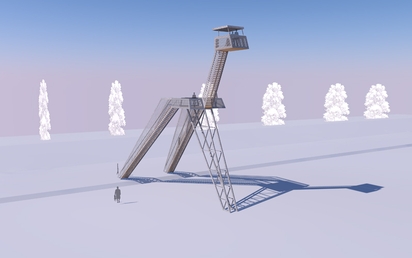 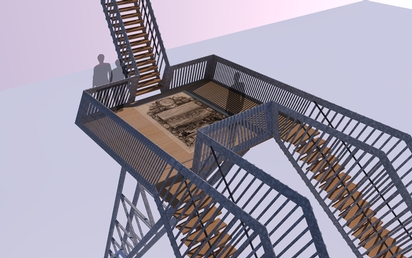 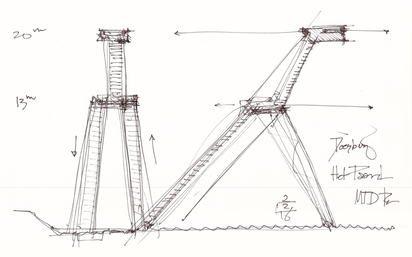 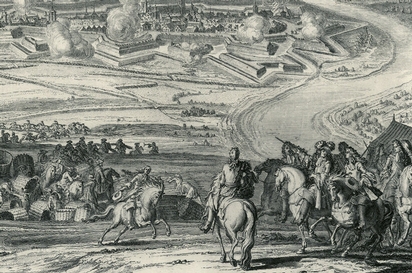 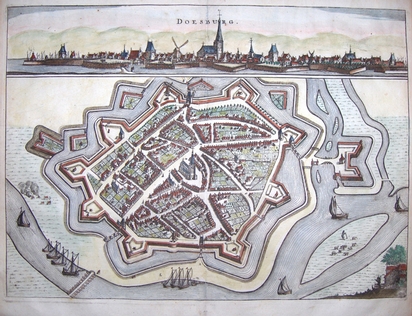 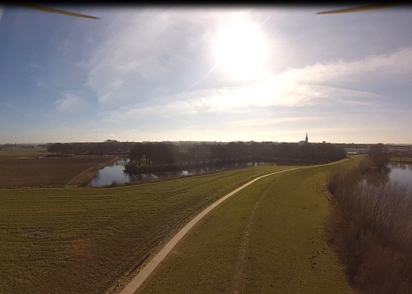 Earlier this year MTD together with two fellow offices participated in a closed competition for the design of a watchtower as part of the fortifications of the ‘Hoge Linie’ of Doesburg.
Frank Meijer, landscape architect and director of MTD, presented the first design ideas to the local government of Doesburg. After the presentation MTD was selected for further design development.

The watchtower in Doesburg refers to the location’s history, where on the 21st of June 1672, an important historic event took place when the French conquered Doesburg and the fortifications formed an important, but in the end insufficient line of defense. The concept of attack and defense provided an important inspiration for the design of the watchtower. The shape of the tower refers to a battle horse and a trebuchet, as illustrated on historical paintings of the siege, and has a slender and open construction which respects the traditional openness of the firing range situated in front of the fortifications. The watchtower reinforces the historical layers of the former fortifications of Doesburg.
In addition, the watchtower will also provide a spectacular view over the meadow bird area and the riverside landscape of the ‘Oude IJssel’ en ‘Gelderse IJssel’.